On May 13, 2008, then Civil Service Minister Dalmas Otieno received a chilling email about his son Isaiah – that he had died in a tragic helicopter crash.

In news that made international headlines, a Bell 206 Jet Ranger crashed into Isaiah, who was walking through the streets of a Canadian town, just an hour after he was on the phone with his father.

What puzzled many was that the 23-year-old failed to notice the imminent danger of the plane crashing as everyone in the vicinity rushed for his safety.

An image of the helicopter carnage in British Columbia on May 13, 2008.

“There was a pedestrian walking down the street in front of me and he was pretty much in the back alley and I don’t think he even knows what hit him,” Elmer Bautz told reporters. , a witness who narrowly escaped the ordeal.

It was later established that Isaiah had his headphones on and was listening to music when the helicopter crashed into him.

“It did not crash at high speed. The pilot had tried to control it, but the engine was off at the time and it fell the last 15 feet. Unfortunately, it hit a pedestrian on the pavement “said a second witness. added.

The helicopter crashed into the streets, bursting into flames, killing the third-year student and the three men on board – a pilot and two power company workers during a maintenance operation

Unfortunately, one of the witnesses who captured the tragedy on the phone didn’t know his best friend was the unlucky pedestrian. He felt that Isaiah could have noticed the danger but didn’t know how to react, citing an earlier incident.

An investigation into the accident revealed that the aircraft had developed engine failure. It also established that the pilot attempted to land on the street avoiding adjacent residential areas.

Dalmas and his family flew to Canada to pay their last respects to their loved one. They further demanded a prompt investigation into the case and compensation for the loss of his son’s life.

After his death, the Recruit College held a memorial service for Otieno, where colleagues eulogized the student whom they described as a silent giant due to his height. 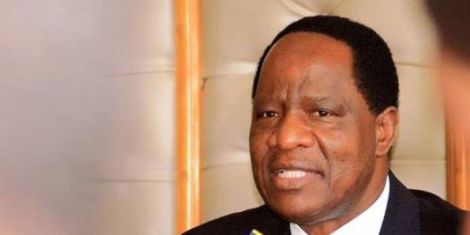 Focus on sustainability in Africa