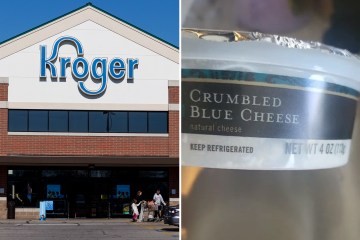 KROGER has rolled out new technology in thousands of its stores designed to make self-checkout more robust.

Developers have revealed that the AI ​​platform will give shoppers a “gentle nudge” if they make an unintended mistake while scanning their groceries.

According to Chain Store Age, more than 75 percent of errors were corrected without staff intervention.

The supermarket chain has partnered with Irish AI company Everseen and is rolling out technology designed to prevent ‘skip scans’.

The technology invites shoppers to correct their mistakes, or an employee is called if they are unable to do so. 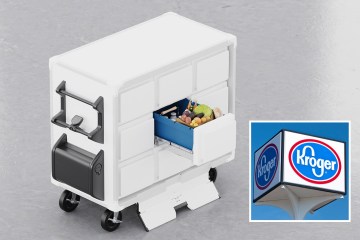 Chris McCarrick, senior manager of asset protection, solutions and technology at Kroger, said, “Now if customers make a mistake while scanning, the system gives them a gentle nudge to get things back on track.”

He described it as a “win-win” situation as workers’ jobs are facilitated.

This is because they don’t need to be called as often to troubleshoot.

The technology has been rolled out in about 1,700 stores, and bosses plan to install it in all of Kroger’s 2,800 supermarkets nationwide.

It means items such as fruits and vegetables stay fresher for longer thanks to the new temperature management technology.

Announcing the new carts, General Motors said its Trace Grocery is “focused on accelerating the fulfillment and collection of online groceries.”

It “is designed to… provide the shopper with the convenience and flexibility they expect from online shopping services,” adds a press release.

Shoppers can even pick up their items by simply using the store’s app and a verification code.

Kroger is reportedly one of the first supermarkets to try the cart, which can carry up to 350 pounds.

GM added, “In an initial pilot, Kroger saw a noticeable improvement in the customer and employee experience.”

BrightDrop President and CEO Travis Katz said: “COVID has led to a dramatic increase in online grocery shopping and fulfilling these orders profitably has become a major challenge for retailers of all sizes.”

The supermarket giant boasted that customers using the KroGo cart will have the “easiest checkout ever.”

Customers place their bags in the front of the cart before scanning the items as they walk through the store.

Bosses have said the buggy is designed to give shoppers a “seamless experience”.