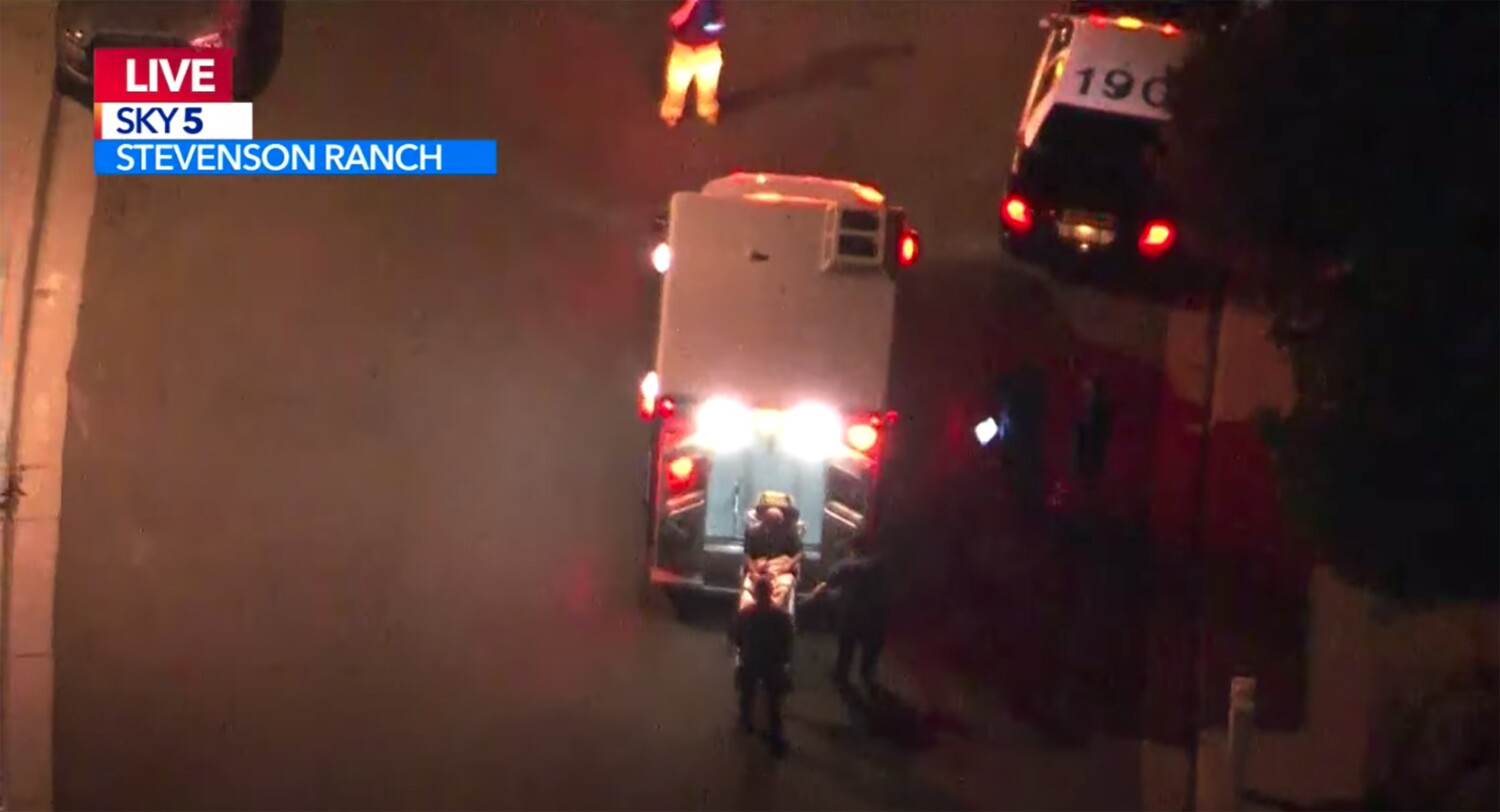 A Los Angeles County deputy sheriff has been arrested on suspicion of drunk driving and crashing his patrol vehicle Friday night in the Santa Clarita area, the department said in a statement Saturday afternoon.

Deputy Carlos Lopez was missing for nearly an hour after the crash on Pico Canyon Road and Southern Oaks Drive in Stevenson Ranch, prompting a major police response, according to sources not authorized to speak publicly. The Santa Clarita Valley Signal reported that the sheriff’s deputy was found at his nearby home a short time later.

Lopez is a member of the department’s elite Special Enforcement Bureau, which includes SWAT, sources told The Times.

Lopez was taken to Henry Mayo Hospital for treatment due to a possible head injury and was released a short time later. He was arrested and released on a subpoena for a felony charge of drink-driving, one of the sources told The Times. He has been relieved of his duties, the department said.

The investigation began after the deputy’s patrol SUV was found in some bushes around 9:30 p.m., according to NBC4. The missing deputy was found at 10:20 p.m., Deputy Brenda Serna, a spokesman for the department, said Friday evening.

The Signal quoted an anonymous source as saying the deputy was on his way home from work. Another deputy came to the scene and took him home, one of the sources told The Times. It is unclear whether that deputy will also be charged or disciplined.

Serna had declined to provide details on where the sheriff’s deputy had been found Friday night, but said the officer was conscious and breathing.

“Due to the active investigation, we are unable to comment further,” the department said in a statement on Saturday.