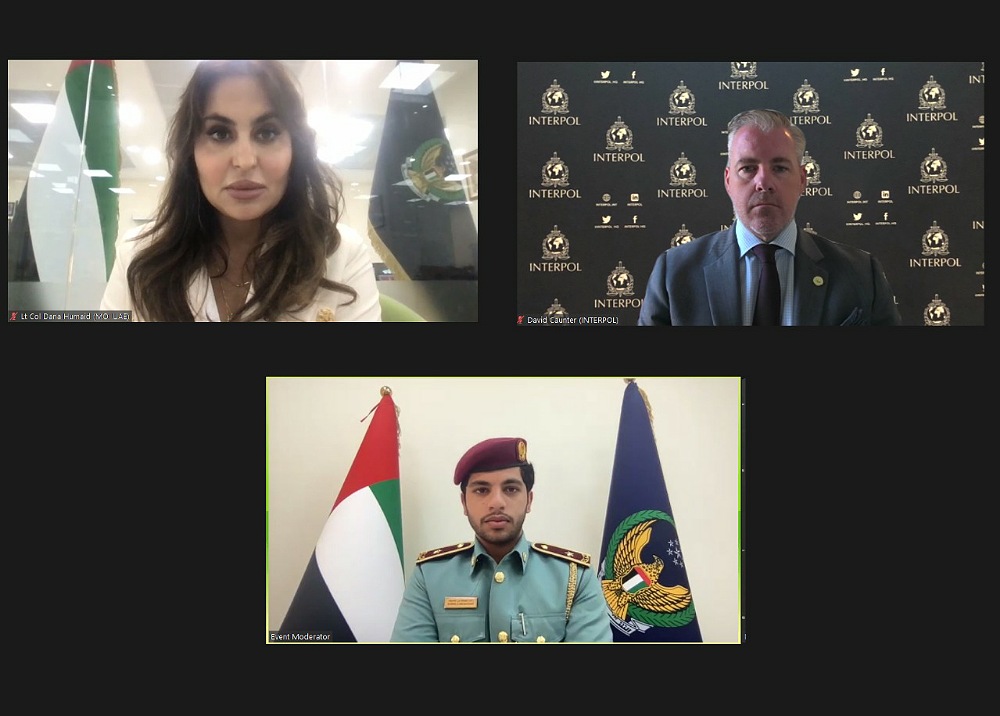 An international operation called “Lion Fish”, coordinated by the Federal Criminal Police Organization “Interpol”, resulted in a major discovery of drug trafficking, as quantities of illegal drugs and chemical precursors were confiscated with a record value of 0.72 billion US dollars, and the operation resulted in the arrest of 1,333 suspects in the whole world.

The UAE Ministry of Interior actively participated in this process and hosted coordination meetings to build capacity before the start of the process as part of a joint international action that enhances international coordination in combating crime.
Interpol officials revealed during a press conference held today, with the participation of the Director General of the International Affairs Office in the Ministry of Interior, Lt. Col. Dana Al-Marzouki, that Operation Lionfish V, which lasted from June 23 to July 31, 2022, targeted trafficking activities. illegal drugs along air, land and sea routes in 22 countries around the world by coordinating cross-border efforts, which led to the seizure of more than 291 tons of precursor chemicals and 35.5 tons of narcotics.

They stated that traditional drugs such as cocaine and cannabis still represent the largest share of the illicit drug market, but the Lion Fish 5 operation confirmed the high production and sale of synthetic drugs such as methamphetamine, captagon and ketamine that are made from chemical precursors.

They warned that criminal organizations can, by simply obtaining chemical precursors, produce infinite quantities of synthetic drug supplies at a very high profit margin, especially since the production of synthetic drugs does not depend on environmental or external factors as is the case in the production of cocaine and heroin, but can be manufactured in nearby urban areas. One of the major transportation hubs.

A huge secret laboratory capable of producing thousands of kilograms of ketamine was dismantled in Cambodia, where police arrested an internationally wanted person under an INTERPOL Red Notice for cross-border drug smuggling.

India made the largest single seizure of heroin during the operation, confiscating 75.3 kg of heroin in Mundra port and the operation proved that drug traffickers used different types of transportation for drug smuggling, including sea shipments in containers, air mail, postal and courier services and vehicles Commercial, gufast ships and small aircraft.

During the operation, INTERPOL’s Criminal and Narcotics Networks Unit coordinated a series of operational meetings on information exchange through INTERPOL’s secure global communications channel between participating countries around the clock.

Interpol also succeeded in publishing its Relief database during the operation, which is a forensic tool capable of linking drug seizures worldwide, and through which it was found that there was a positive match between two previous drug seizures in Brazil and Germany.

In this regard, the pre-operation and capacity-building meetings in Abu Dhabi, United Arab Emirates, demonstrated the effectiveness of bringing together law enforcement experts and the effectiveness of international law enforcement to work together in sharing intelligence directly, disrupting global drug routes and cutting off criminal organizations. complex controlled.

The UAE Ministry of Interior stressed the importance of international action and cross-border coordination in the effective response and combating crime in all its forms, especially those related to drug smuggling gangs and promoters who pose an international and cross-border threat, stressing the effectiveness of international work and coordination and the ministry’s keenness to provide all forms of support and assistance for such International operations and participation in them that have the benefit and positive effects that enhance the work of police agencies.

She explained that the complex nature of criminal organizations today requires a precise and coordinated response from law enforcement agencies. Fortunately, the UAE has been able to take advantage of its strategic location at the crossroads between Europe, Asia and the Americas to bring together international drug law enforcement experts and disrupt criminal activities that know no borders. .

The success of Operation Lionfish V also sends a clear message to international criminal groups that successful cooperation between international law enforcement agencies is both possible and feasible. From this standpoint, the UAE Ministry of Interior affirms its commitment to support its partners in INTERPOL to deepen this cooperation in the coming years.”

Operation Lion Fish was implemented under the umbrella of the AMEAP (Africa, Middle East, and Asia-Pacific) project, a multi-year project targeting drug trafficking under INTERPOL’s Projects for a Safer World.