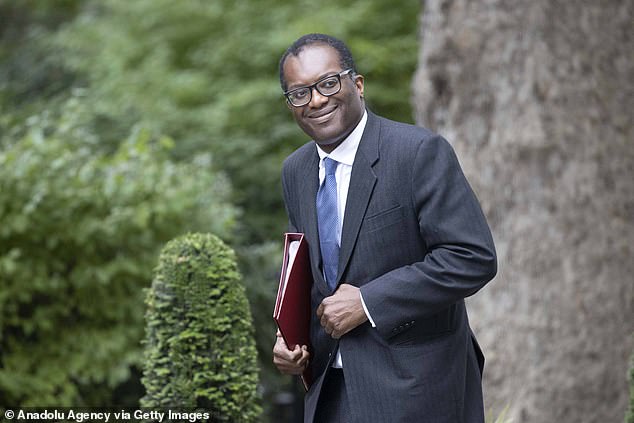 The brutality unleashed by Vladimir Putin’s troops in Ukraine is appalling. The humanitarian impact was catastrophic, but the invasion has also pushed European gas prices to unimaginable heights.

Russia is the largest natural gas producer in the world. By deliberately limiting exports, they manipulate the price we pay at home. If there is less gas on the market, we all pay more.

When I speak to ministers across Europe, they all face the same challenge. Energy rationing threatens Germany. In France, households are asked to shower instead of bath. In terms of physical gas supply, Britain has a strategic advantage. Unlike most of Europe, we are not dependent on Russian gas, so less vulnerable to geopolitical leverage.

We are fortunate to have access to our own natural gas reserves in the North Sea, the second largest liquefied natural gas port infrastructure in Europe and reliable imports from friends and allies.

Kwasi Kwarteng (pictured July 12): Liz Truss has said she will do everything she can to help households across Britain

Thanks to a £90 billion investment in clean energy over the past decade, the UK now has one of the most secure and diverse energy systems in the world.

With the preparations we’ve made since January – from buying extra gas to extending the life of our coal-fired plants – households, businesses and industry can rest assured that they are getting the energy they need.

While our energy supply is secure, no country is immune to rising prices, least of all Britain.

I understand the deep fear this causes. As winter approaches, millions of families will worry about how they will make ends meet. But I want to reassure the British people that help is coming. Work is currently underway across the government to assess all options at our disposal to mitigate the worst effects of the gas crisis.

And in just over two weeks, our next Prime Minister will walk into 10 Downing Street, ready to go live and deliver. On day one, the new prime minister will have the full information and analysis in front of him so that he can work out the best package of measures to tackle the issue.

Liz Truss has said she will do everything she can to help households across Britain. It has already announced that it will reverse the increase in national insurance contributions and introduce a temporary moratorium on energy taxes. 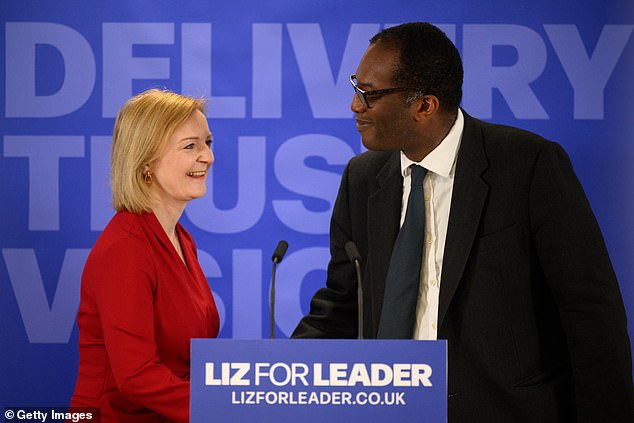 Sure, she’ll look into what else can be done to help families, but it’s perfectly reasonable not to detail the exact form of that support until she’s got all the information to hand.

Liz has also been very clear that without radical supply-side reforms, we will not be able to protect ourselves from this gas crisis or other price shocks in the future. She understands the need to secure Britain’s energy independence. That means generating and producing more energy in the UK – and for the UK – so that we are no longer held hostage by rogue petrostates.

We need to break through with more nuclear power plants, go back to small British-made modular reactors, invest in cheap renewable energy such as offshore wind and lift the ban on shale gas extraction in England where there is local permission. We also need to maximize oil and gas production in the North Sea. Instead of levying a punitive windfall tax, as Rishi Sunak has done, we should encourage investment in domestic oil and gas for our energy security.

I understand that windfalls are sometimes popular. But popularity doesn’t keep the lights on. We have to increase production in the North Sea, otherwise we will import more from abroad, making the problem even worse.

Energy produced in Britain is by far the safest option, and so Liz will bring security, affordability and self-sufficiency to our country and our people.

Meanwhile, she has presented a bold and ambitious vision for the country based on its core principles of higher growth and lower taxes.

I share Liz’s firm view that we should allow people to love more of the money they make. She understands that your money is much better spent by you than the state. Tax cuts have a double effect: supporting hard-working people and stimulating economic growth.

Liz is right when she focuses on reversing the 70-year high tax burden and pursuing growth. Because without economic growth, wages will not rise and jobs will be lost. Any tax we levy is a disincentive to economic activity.

The gas crisis is not going anywhere in the short term, but work is underway to provide the new Prime Minister with the detailed options and information needed to deal with the situation from day one.

Liz Truss has just the right approach to help people through the crisis, grow our economy and increase our energy security to make Britain more resilient in the long run.