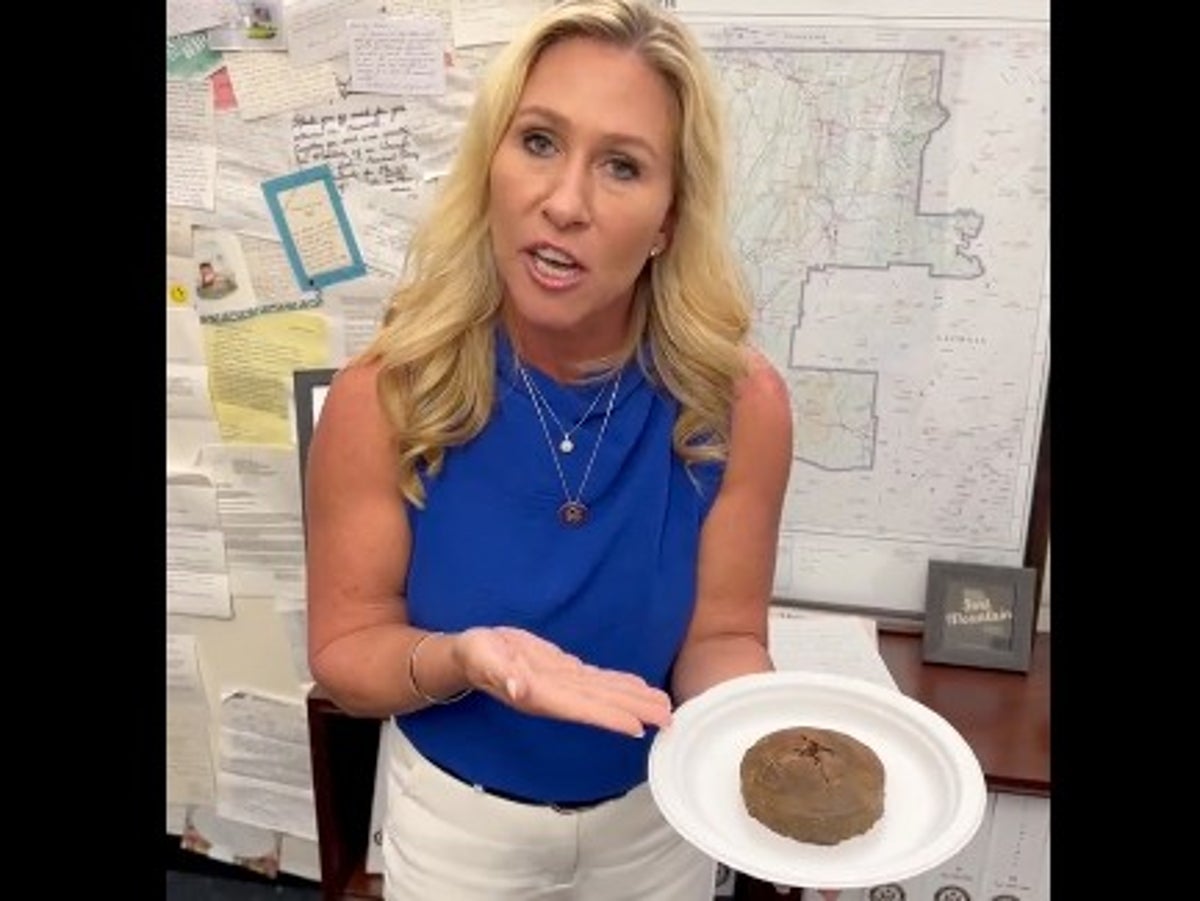 Marjorie Taylor Greene filmed a 10-minute diatribe in which she complained that she was being asked to support Ukraine in its war with Russia.

The Georgian lawmaker’s bizarre video from her congressional office came as Vladimir Putin announced the call of 300,000 Russian reservists and hinted that he would consider using nuclear weapons.

But the QAnon-supporting congresswoman was more concerned that a Ukrainian lobbyist had visited her office and left behind a letter and a used Russian grenade.

The right-wing politician told her followers that unlike Joe Biden, she didn’t care about the border with Ukraine.

“And while we all worry and care deeply about what happens to the people of Ukraine and pray for them daily, I voted no to every cent that goes into a proxy war with Russia, Biden’s war with Russia.

“I believe that our US tax dollars should only be used for this country when we have so many problems, security crises.”

She then complained that Congress this week was “lobbied not by the American people, but by people in support of Ukraine, people from Ukraine.”

And she explained that Andrey Liscovich, the president of the Ukrainian Defense Fund, had visited her office to try to talk to her to try and give her more military aid to the country.

“It doesn’t matter who the president of the United States is, I have a big problem with billions and billions, tens of billions of America’s hard-earned dollars being spent on another country’s border, for a proxy war with Russia, nuclear Russia, when this government could care less about our own southern border.”

She then showed the Russian grenade left for her and said it had been fired near a Ukrainian nuclear facility.

“I have no idea if this is contaminated,” she complained, showing a map of Georgia’s 14th district, which she represents.

“All these people here are not calling my office, in fact, they are not coming to my office and begging me to send $11.7 billion to Ukraine,” she said.

And she claimed that the most important issue for her constituents was actually the impeachment of Joe Biden.

“Most of the calls I’ve gotten this week from my district and other people across the country are — impeach Joe Biden,” she said.