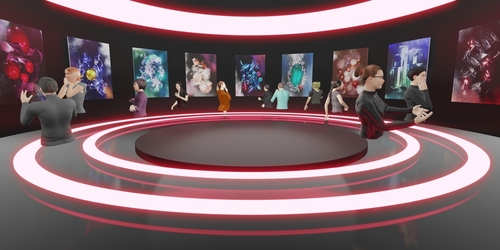 The World Crypto Conference 2023 is in a few months and MarketAcross has already been named the official global media partner of the event.

MarketAcross, the leading global blockchain PR & Marketing firm, announced on Wednesday, September 21 that it has been named the Official Global Media Partner for the World Crypto Conference (WCC 2023)/

The event is set to bring TradFi and cryptocurrency together under one roof. In a press release shared with TSWT, the strategic partnership will see MarketAcross manage the marketing and PR efforts of the WCC 2023 pre- and post-event.

In addition, MarketAcross will enable prominent speakers and thought leaders to take the stage and increase the event’s long-awaited global appeal.

The upcoming WCC will be hosted in Zurich, Switzerland, between January 13-15, 2023. The event will focus on three major pillars in TradFi and cryptocurrency: Decentralized Finance (DeFi), Metaverse, and Non-Replaceable Tokens (NFTs).

Those interested in attending the event can purchase an NFT ticket. This is designed to reflect the growth of the cryptocurrency ecosystem towards the transition to Web3 standards.

According to the organizers, WCC 2023 differs from previous editions in the way it bridges traditional finance (TradFi) with cryptocurrency companies. The event will create an environment to discuss the current and future states of both industries.

The WCC organizers and speakers will focus on some key topics including; NFT and art, DeFi in 2023, Play-to-earn games, Metaverse scenarios with real-world implications and more.

WCC 2023 is an international conference focusing on blockchain, digital currencies and digital assets. The aim of the event is to create a connection between blockchain companies and startups, developers, investors, media and traditional companies.

Headquartered in Tel Aviv, Israel, MarketAcross is the world’s leading blockchain PR and marketing company. It provides a complete end-to-end marketing solution for blockchain companies around the world.

Mara Schmiedt says institutions are getting serious with shutting down

Binance obtains a license to operate in Kazakhstan