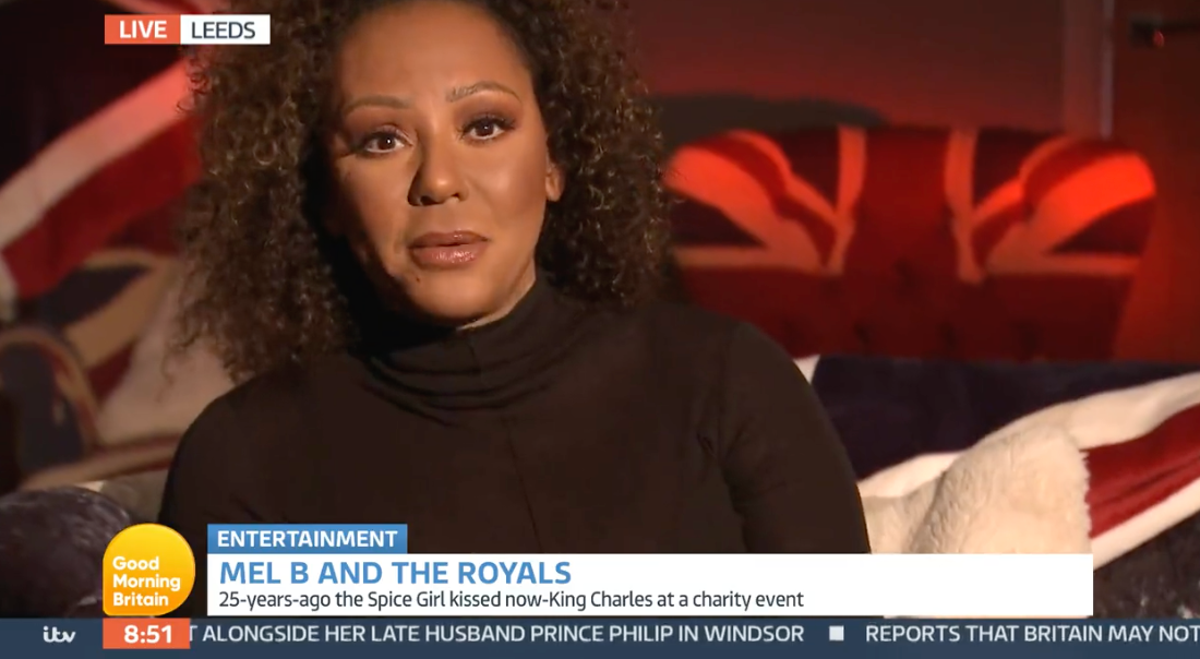 Mel B did a dig at Holly Willoughby and Phillip Schofield over allegations that they had jumped in line to pay their respects to Queen Elizabeth II.

While being interviewed onGood morning Great Britain On her MBE with show hosts Susanna Reid and Ben Shephard, Mel B shared how Reid had queued for seven hours to see the Queen’s casket.

“I have so much respect for you,” said the former Spice Girl.

“It felt like a pilgrimage. It was an honor to stand in line with everyone else,” Reid replied.

“No queue jumping for you,” joked Mel B, who seemed to refer to the accusation that Willoughby and Schofield skipped the queue, which could last up to 24 hours, to Westminster Hall.

Reid was quick to defend the presenters: “Some people had to work, but I was there with my mother,” she said.

ITV insisted that its presenters did not “jump in line” and were in fact present in a “professional capacity” to cover the Queen’s funeral.

A statement on the program’s social media account read: “Hi everyone, we’d like to clarify something. We’ve asked Phillip and Holly to be part of a movie for this Tuesday’s program.

“They didn’t jump in line, didn’t have VIP access or walked past the Queen in state – but were instead there in a professional capacity as part of the world media to cover the event,” the statement added. ready.

In a separate statement to TSWTsaid an ITV spokesperson:This morning had press accreditation and, like other media outlets, Phillip and Holly were escorted to work from the press gallery by government officials. They didn’t make it past the queen’s coffin.

“They were there along with a host of other broadcasters and national press for an item that will air on Tuesday’s show. All allegations of inappropriate behavior are categorically false.”

Willoughby and Schofield addressed the claims themselves in the latest episode of This morning.