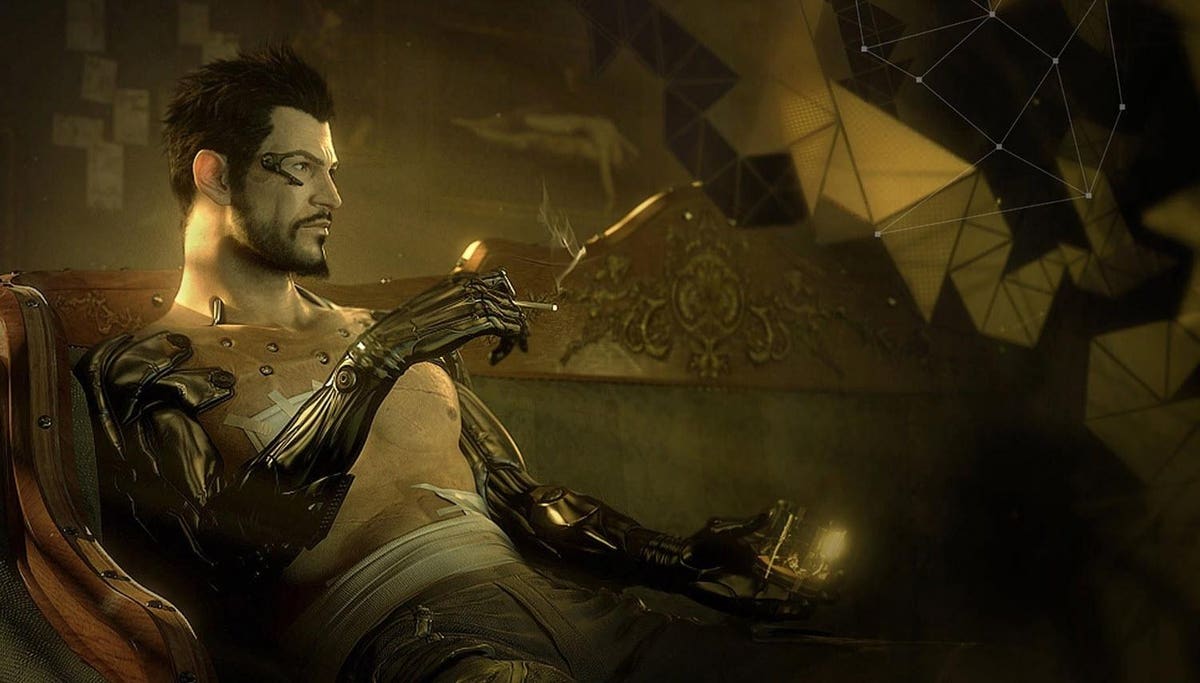 Eidos has recently been free from Square Enix, according to their recent sale to Embracer Group along with Crystal Dynamics. But while we know at least three things Crystal Dynamics has been working on, Avengers content, helping Microsoft with Perfect Dark, and a new Unreal Engine 5 Tomb Raider game, it’s less clear where Eidos is headed.

While we’ve heard they’ll be working on Unreal Engine 5 projects as well, IPs like Thief and Legacy of Kain were brought up when the sale happened. But according to journalist/insider Jeff Grubb, they may want to turn their attention back to Deus Ex right away.

“It’s early,” says Grubb on a giant bomb podcast. “The rumble I’ve heard is that the studio wants to get into Deus Ex immediately. They want to go back to that right away. They want to challenge – they want to do what Cyberpunk 2077 couldn’t, and stuff like that. That’s the word going around. We’ll see if that happens. It’s so early, like what will that be. But there was no way to start that conversation under today’s Square Enix, right?”

As you may recall, Deus Ex: Human Revolution was released in 2013 to great acclaim (it was definitely my GOTY back then), and then it got a sequel in the form of Mankind Divided in 2016. That wasn’t quite as well received because it felt a little unfinished and small scale, and it seemed like there was a third part of that trilogy that very much needed to be completed. But due to Square Enix’s disappointment with the trajectory of the franchise’s performance, that’s not what happened. Eidos went on to work with Crystal Dynamics on Avengers and later on Guardians of the Galaxy.

Now, under Embracer, it seems like there are a lot more options on the table, including a return to Deus Ex. What’s not clear from what Grubb is saying here is whether this would be the third game in the Adam Jensen trilogy or not, or something entirely new.

I can understand wanting to go after Cyberpunk 2077, which seems to be a different path, possibly with bigger, more open zones and custom player characters. Cyberpunk initially sold an astonishing number of copies, but the game was sunk in the long run by bad buzz and boatloads of bugs that took over a year to fix. The idea here is that the Eidos already have this brilliantly realized world of Deus Ex to draw on, so what if they made their own Cyberpunk that not done mess up everything at launch?

I’d definitely be on board with that idea, and as much as I liked Adam Jensen in the first game, it probably would make more sense to move away from the format of the last two games and build something new, bigger and more customizable. within the Deus Ex world. That being said, to make something of that scale is clearly a huge task, and even if Embracer is more open to new ideas than Square Enix was, I wonder if they would agree that it would be the right decision to take this ambitious move with this franchise. to take.

Again, even Grubb just says this is “early interest” so there’s absolutely nothing concrete here, and we could very well see them pick a different franchise instead. But my vote is definitely for Deus Ex, both in terms of how much I love that world and those games, and also how much potential I see Cyberpunk has left on the table.

Overwatch Anniversary Remix: Vol. 3 is live, here are all the skins for the game’s final seasonal event