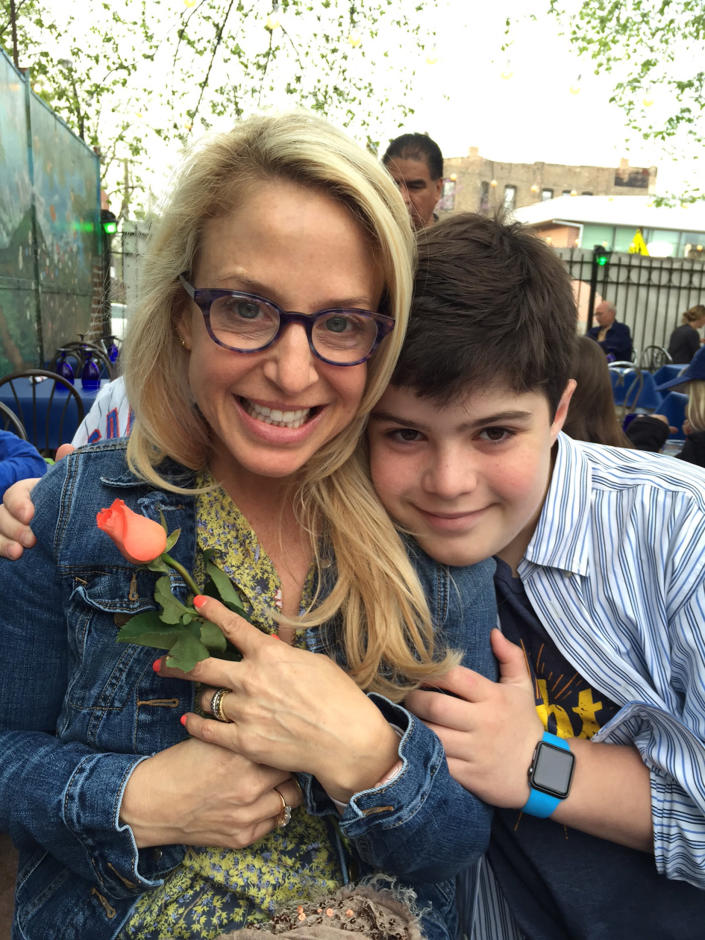 Democrats and Republicans in Congress propose three legislative proposals to give parents greater control over what their children are doing online and to make social media companies guilty of crimes related to their apps.

Those efforts are supported by parents of children who died using drugs purchased through social media platforms such as Snapchat.

The newest of the three, called Sammy’s Law or the Let Parents Choose Protection Act, is being drafted by Rep. Debbie Wasserman Schultz, D-Fla., and could be ready to be introduced to the House in weeks, said two people close to the effort who spoke on condition of anonymity to freely discuss private conversations. The bill would require major social media companies to allow parents to track their children online through third-party software.

In a statement to NBC News, Wasserman Schultz said she is working with Republicans on the House Energy and Commerce Committee and expects to announce a GOP co-sponsor for Sammy’s Law soon.

The draft legislation comes after years of activism from a community of parents whose children have died of a fentanyl overdose that followed drug deals facilitated on social media platforms like Snapchat, where drug dealers have found private locations to target young people. But those efforts were also countered by some concerns from privacy advocates who worry that legislation could lead to overly intrusive surveillance.

Wasserman Schultz’s account is named after Sammy Chapman, who died in 2021 at the age of 16 from fentanyl-laced drugs bought from a drug dealer on Snapchat.

Since then, Sammy’s parents have been among the loudest voices calling on social media companies to make changes. His father, Samuel, and mother, Laura Berman, eventually went on to develop and advocate for Sammy’s Law with the Organization for Social Media Safety.

They soon learned that they weren’t the only parents dealing with the unfortunate consequences of drug crime associated with social media platforms often used by children.

A growing community of parents have lost their children to social media deaths. They have become some of the loudest voices pushing for laws and regulations that would affect how social media platforms work.

Amy Neville, whose 14-year-old son, Alex, died in 2020 after taking drugs bought from a dealer found on Snapchat, said at first she thought parents might be able to work with the platform to help it. improve.

Sammy’s Law would join two other bipartisan bills introduced in Congress earlier this year that aim to reduce the impact of social media on children and hold social media companies accountable for crimes related to their platforms. .

In the House last month, the Anti-Hazardous Actions with Social Transparency Act (CHATS) was introduced by Rep. Josh Gottheimer, DN.J., and has dual co-sponsors. The legislation would mandate the tracking and recording of crimes committed using social media.

“This new information will be a valuable tool in our fight against online crimes, including cracking down on drug dealers who use social media to prey on our children,” he said in an interview.

In the Senate, the Kids Online Safety Act, sponsored by Sens. Marsha Blackburn, R-Tenn. found that they did not adequately prevent harm to minors on their platforms. The bipartisan bill was approved by the Senate Commerce Committee last month.

Marc Berkman, CEO of the Organization for Social Media Safety, a group that helped develop the CHATS Act and Sammy’s Law, said he is hopeful about the new interest from lawmakers in legislation related to social media crime and the protection of children.

“We’re seeing more and more cases where children have been seriously injured, but potentially millions of cases involving some degree of harm in children,” he said. “So public consciousness has reached a point where we are finally seeing legislative action again at all levels of government.”

The legislative push follows attempts to talk directly to Snapchat.

Neville said she and other parents met with company representatives in the spring of 2021. Rather than giving parents confidence that Snapchat could allay their concerns, the meetings disappointed many, according to four parents who spoke to NBC News. Neville said the company offered silent condolences and apologies, but would not take responsibility for its role in the death of a child.

“Letting Snapchat sit still knowing they have a problem is not acceptable to me. And unfortunately I was part of that, so from there I was like, forget it, I’m speaking out,” she said.

In a statement, a Snap Inc. spokesperson said. that the company’s employees are “devastated to the families who have suffered unimaginable losses” and “work tirelessly to help fight this national crisis by eradicating illegal drug dealers from our platform.” The spokesperson said the company “uses advanced technology to proactively detect and shut down drug dealers who attempt to abuse our platform, and block search results for dangerous drug-related content.”

In June 2021, Neville, Chapman, Berman and other parents took part in protests across the country, including outside Snapchat’s Santa Monica California office, asking the company to allow access to third-party parental control software like Bark. give to Snapchat chats.

Bark, which has been criticized by some privacy advocates and lawmakers, monitors content on a child’s phone and warns parents about potentially dangerous or inappropriate content, including conversations about drugs, but Snapchat, among some other uses, allows Bark or other similar apps to access the chat feature for monitoring. That would change if Sammy’s law was passed, which is designed to require major social media companies to open up to any parental control software that registers with the Federal Trade Commission.

According to the parents who spoke to NBC News, Snap’s response to their requests was not enough to allay their concerns. The parents say they turned to political activism because social media companies failed to live up to their expectations.

Along with federal law, many parents have been involved in movements to create state-level social media laws.

Matt Capelouto, a California parent whose 20-year-old daughter died after taking drugs purchased from a dealer found on Snapchat, has turned his attention to a state law known as Alexandra’s Act. The law would require social media companies to include language that users recognize, which would make it easier to prosecute drugs if they are the result of a social media transaction.

“We are all connected by fentanyl,” he said of the parental community. “But many of us have different stories.”

Capelouto’s bill has not passed the California legislature’s committee.

Despite the proliferation of bills, not everyone is enthusiastic. Numerous technologists and politicians have expressed concerns about privacy issues they believe are caused by the legislation and third-party monitoring applications.

Michael Karanicolas, executive director of the UCLA Institute for Technology, Law and Policy, warned that making specific laws around children and social media could create an increased level of oversight that people might not be comfortable with.

“Anything that requires platforms to create special tools or components for users under the age of 16, by definition, requires them to do more to track the age of their younger users — which can create an extra layer of surveillance,” he said. “Regulations affecting this sector must be carefully calibrated to guard against harmful unintended consequences.”

Jesse Lehrich, co-founder of tech watchdog Accountable Tech, responded to a description of the draft bill by raising concerns about children’s privacy. “It’s a huge invasion of children’s privacy and freedom to learn and grow,” he said. “And it creates nightmarish scenarios, like an LGBTQ child exposed by these apps, or data used against a teen who needed an abortion in a state where it’s been criminalized.”

Berkman responded to invoking such scenarios by saying, “Third-party security software for family use has been around for a while without these hypothetical so-called nightmare scenarios, because they don’t work that way; but very real, everyday horrors continue to happen to children, especially LGBT people.” young people, from using social media, that’s why we need Sammy’s Law.”

Similar monitoring applications used by some schools, including Bark’s school software, have drawn strong criticism from lawmakers such as Senator Elizabeth Warren, D-Mass.

When asked about these concerns, Wasserman Schultz said: “SAMMY’s law is designed to increase the ability of parents to protect their own children from the dangers of social media such as suicide, bullying and substance abuse. This legislation has nothing to do with make with a third party monitoring products in schools.”

Emma Llansó, director of the Free Expression Project at the Center for Democracy and Technology, said the software poses privacy concerns in any context.

“Any tool that monitors young people’s online activity and claims to report whether they engage in ‘risky’ behavior can threaten the privacy and security of young people,” she said. “The use of these tools by parents may increase the risk of increased parent-child conflict, whether through false reports that children are engaging in inappropriate activities, or by exposing sensitive information such as a teen’s sexual identity. to an unsympathetic parent.”