Deprived of ideology and effective leadership, the current state of affairs in Congress is best explained in the words of none other than Pandit Jawaharlal Nehru, whose political legacy has been turned into magnanimity by three generations of his family.

“An organization without ideology should not normally be called a political party, it should rather be called a drinking hole.” (Speech at Patna, June 19, 1951)

Commenting on the process of selecting congressional candidates for the first general election, “I’ve been feeling like I was in an animal den lately.” (Nehru to Morarji Desai, October 22, 1951)

‘The public appeal of the congress is diminishing. It can and probably will win elections. But in the process. It can lose its soul.’ (Nehru to Purushottam Das Tandon, August 9, 1951).

Liberating Congress: Lessons from the Past

There is a general consensus in the country’s political discourse that Congress cannot revive without the ousting of Sonia-Rahul-Priyanka from the party leadership. The party leadership should be handed over to some real leaders rather than to the members of the Nehru family. However, the common perception is that the organizational structure of the Congress Party has been so badly manipulated over the past seven and a half decades that it is nearly impossible to democratize and revive Congress. 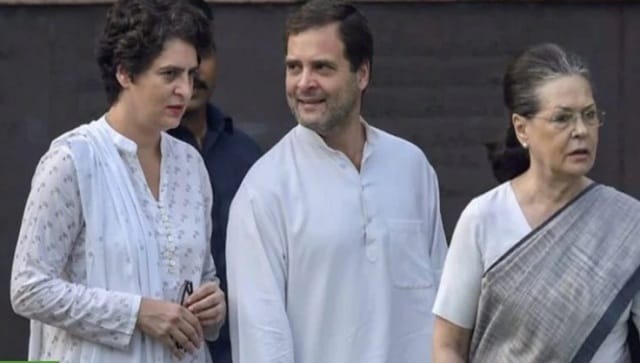 However, Congressional grassroots can learn an important lesson from the party’s history and dare to challenge the current leadership in an effort to salvage what’s left of this party.

It has also happened before when Nehru, who enjoyed a larger-than-life personality, was squarely defeated in an intense battle for party leadership. It could also happen again if the real leaders of Congress band together to save their party.

In 1950, Congress would elect its new party chairman. Nehru was eager to block the bid of Purushottam Das Tandon, an experienced freedom fighter. Known for his clear stance on issues related to Hindus, Tandon did not succumb to the pressure Nehru put on his fellow leaders to follow his policy of Muslim reconciliation.

Nehru decided to write to Tandon directly to prevent him from running for president of Congress. Interestingly, this letter, dated August 8, 1950, also seems quite relevant in 2022 (regarding the state of affairs in Congress), as Nehru wrote:

“Congress is in bad shape and will likely disappear if steps are not taken to rejuvenate it. As it is, it seems to have lost such inner strength it possessed and we are mainly concerned with faction battles and maneuvers for position and place. It is sad to see how this great organization functions in this insignificant way… It has been our misfortune in the past two or three years to have been somewhat drifted apart… You probably think that much of what I say or do is wrong. As for me, I have often read your speeches with amazement and sorrow and I have felt that you were encouraging the very forces in India, which I think are harmful… and staying united is our own minority problems in a satisfactory way to resolve. Instead, we become more intolerant of our minorities and excuse Pakistan’s misbehavior… Unfortunately, for many people in India, you have become a kind of symbol of this communal and revivalist vision.”

Nehru brought the inner struggle of the party to the streets when he made this issue public. He threatened to resign from the government if Tandon was elected president of Congress. He said categorically that he would not be part of the Congress Working Committee (CWC) headed by Tandon. To counter Tandon, Nehru asked JB Kripalani to contest the polls.

But Tandon wasn’t scared either. He was supported by several party members, such as Sardar Vallabhbhai Patel and Govind Ballabh Pant. Majority of the party’s leaders were concerned about how their party was losing popularity among the masses due to the malfunctioning of the Nehru government. They also wanted to take the party out of his clutches. The outcry was widespread.

K Hanumanthaiya, the then Chief Minister of Mysore, wrote to Tandon on August 22, 1950, summarizing the sentiments of most Congress leaders: “As for the votes of Mysore, almost a man, they will stand behind you and the policy that you have publicly proposed I also had (a) discussion with Sardar Patel I expect you and Sardar to work in unison in all matters pertaining to the fate of our country and lead us all out of the chaos and confusion in which Pandit Nehru’s leadership has left us brought.”

Tandon defeated Kripalani quite convincingly and became the party chairman, despite Nehru’s best efforts to block him. Not only was it a remarkable victory, but it also shows that Nehru was quite unpopular within his own party. Within his own party there was widespread disagreement against him. But he crushed this dissent over the next few months.

Nehru refused to accept this defeat and regularly came up with new ways and means to attack Tandon and all who supported him. His vendetta was clearly visible. He targeted Sardar Patel by attacking the functioning of the state ministry (which at the time dealt with issues related to state governments). In fact, he had drafted a letter informing Sardar Patel that he was being repelled from this ministry.

S Gopal enrolls Jawaharlal Nehru: A Biography (Full. II. pp95-96), “The letter was probably not sent because Nehru knew that Patel was now dying, but he expressed through Rajagopalachari that he was dissatisfied with the conduct of the Ministry of Foreign Affairs, particularly in Hyderabad. He also wrote Patel in the same sentence…”

Nehru went after Tandon, not worried about the impact it would have on his party if the prime minister targeted his own party chairman.

S Gopal describes: “He (Nehru) agreed to serve on the working committee, but expressed his disapproval of Tandon’s selection of many other members, and claimed the right to raise fundamental issues during the first meeting of the new committee. He could only continue as a member if he felt that the situation in Congress would be understood the way he wanted and a new direction would be given to the organization.

For the next 13 months, Nehru relentlessly tried to corner Tandon. In August 1951, Nehru caused a major crisis by resigning from the CWC. This was followed by a congressional parliamentary party meeting that led to the Nehru camp and forced all CWC members to resign. This made Tandon’s position untenable. The first general election was in a few months. Unlike Nehru, who was unconcerned about the damage his tantrums inflicted on Congress, Tandon, as a true Congressman, was concerned about the impact of all these developments on Congress’s electoral fortune in the polls ahead. . So, in order to save the party’s image, Tandon resigned in September 1951. This is what Nehru had always wanted. Now Nehru took over as president of Congress. And since then, the party has been run as a fief of the family.

Obviously, if Congress wants to revive its fortunes, it needs a president like Tandon, not someone like Nehru!

The writer, author and columnist, has written several books. Opinions expressed are personal

Trump declares himself second only to Jesus