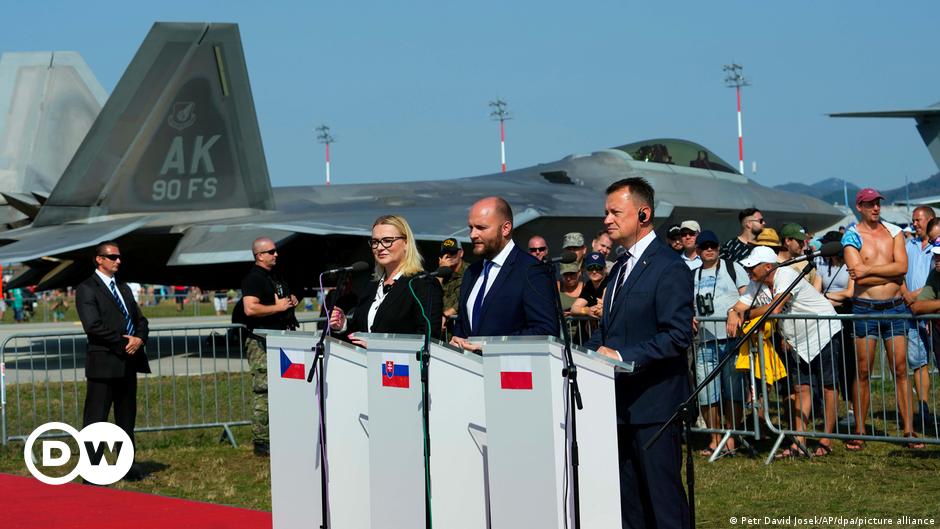 Poland and the Czech Republic agreed on Saturday to protect Slovakia’s airspace as Bratislava wants to give up Soviet-made MiG-29 jets in its air force.

During an air show, the defense ministers of the three nations — Mariusz Blaszczak from Poland, Jana Cernochova from Czech Republic and Jaroslav Nad from Slovakia — signed the agreement for the new airspace policy at the strategic air base Malacky near the Slovak capital.

NATO allies have vowed to provide air support to Slovakia until the country receives 14 new F-16s from the US, as expected within two years in a deal signed in 2018.

Slovakia shares part of its border with western Ukraine. Moscow’s war against Ukraine has jeopardized long-held assumptions about European security and Russian power.

What have the three countries agreed upon?

Poland and the Czech Republic will provide sufficient air support assets to respond immediately in the event of violations of Slovak airspace. A similar program of Allied support, known as air policing, is in effect in the Baltic states, which border Russia.

At the signing event, Blaszczak called the attempt a way to “deter a potential aggressor.”

What’s behind the agreement?

Slovak Defense Minister Nad said last month that his country is considering donating its fleet of 11 aging MiG-29 jets to Ukraine if certain conditions are met.

The Slovak MiGs are worth about €300 million ($299 million). In the past, Slovakia said it would seek financial or material support for the modernization of the military.

Nad did not say whether the MiGs would go to Ukraine on Saturday, but he said Slovakia was in talks with its NATO partners about how best to provide Ukraine with ongoing support.

Because of the legacy of the Soviet occupation, the Ukrainian Armed Forces are much more familiar with Soviet military equipment than with newer Western equipment.

Many people in the region fear a return to a Russian-dominated order, which for many has been characterized by a lack of political, social, economic and cultural freedom. Others remain nostalgic, with communism’s more devastating approaches having been forgotten over time and supplanted by tender childhood memories, however limiting those times were.

Chainlink price prediction ahead of the SmartCon conference