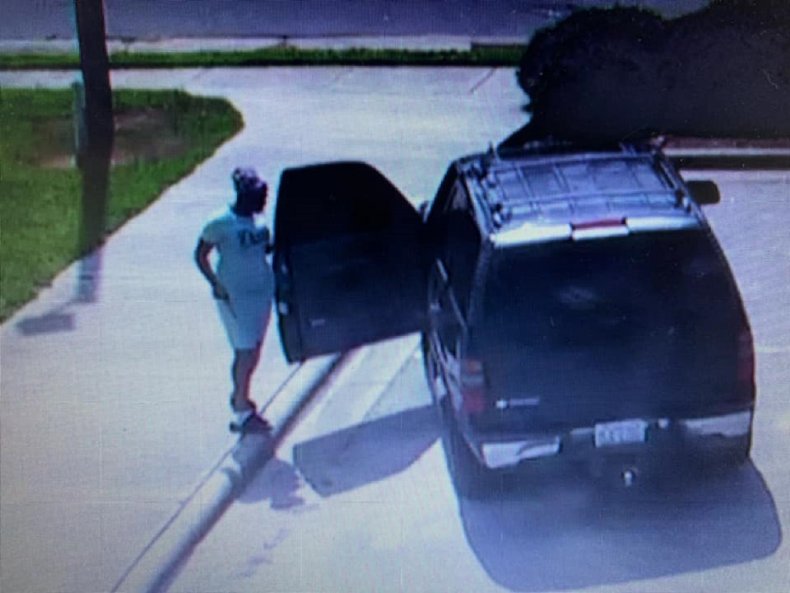 A woman has been arrested after a litter of seven puppies was left outside while the search for their mother continued, police said.

Greenville, North Carolina, police released a CCTV image after “Good Samaritans” saw the animals being dumped and reported it.

A Facebook post, shared Friday, appealed for information about the incident, along with a photo of two of the dark brown puppies.

In the early hours of Wednesday, the police report said Shaquta Laqure Armstead, 36, had been charged with seven counts of animal cruelty and seven counts of neglecting an animal after turning herself in.

“Unfortunately, we have yet to find mommy dog. The puppies will remain in the care of the Humane Society of Eastern Carolina until they are finally available for adoption,” the Facebook post read.

According to statistics from the American Society for the Prevention of Cruelty to Animals (ASPCA), the puppies are part of the millions of animals that end up in shelters across the US.

Based on 2019 figures, the organization said that about 6.3 million animals end up in shelters every year. Of that figure, about 3.1 million are dogs and 3.2 million are cats, with 390,000 canines and 530,000 felines being euthanized.

However, that figure is smaller than the number adopted each year, as 2 million dogs and 2.1 million cats are taken to loving homes.

The first Facebook post, which can be read here, was shared more than 2,000 times for asking for information.

“PLEASE HELP! The woman in the attached photo was seen yesterday dumping a litter of 7 puppies on an empty lot near Skinner/Myrtle Street,” it read.

“While we have a good idea of ​​who it could be, no arrest warrants have been obtained yet and we are struggling to locate her.

“If you see this woman or vehicle, give us a call. We need to talk to her. These puppies desperately need their mother!

“Thank God for the Good Samaritans who witnessed the puppies leaving and called them in.

“A special thanks also goes to the Humane Society of Eastern Carolina for providing the special care to these babies as we continue the research.”

The Humane Society shared their own post on Friday, listing items for the public to donate.

The Facebook post read: “We wanted to thank everyone who has reached out and asked how they can help. The puppies are safe with us and are being well cared for.

“At this time, they are not available for adoption, and as this is an ongoing investigation, staff will not release any information about them to ensure their safety.

News week contacted the Greenville Police Department and the Humane Society of Eastern Carolina for comment.

The graph below from Statista shows where animals end up in shelters.