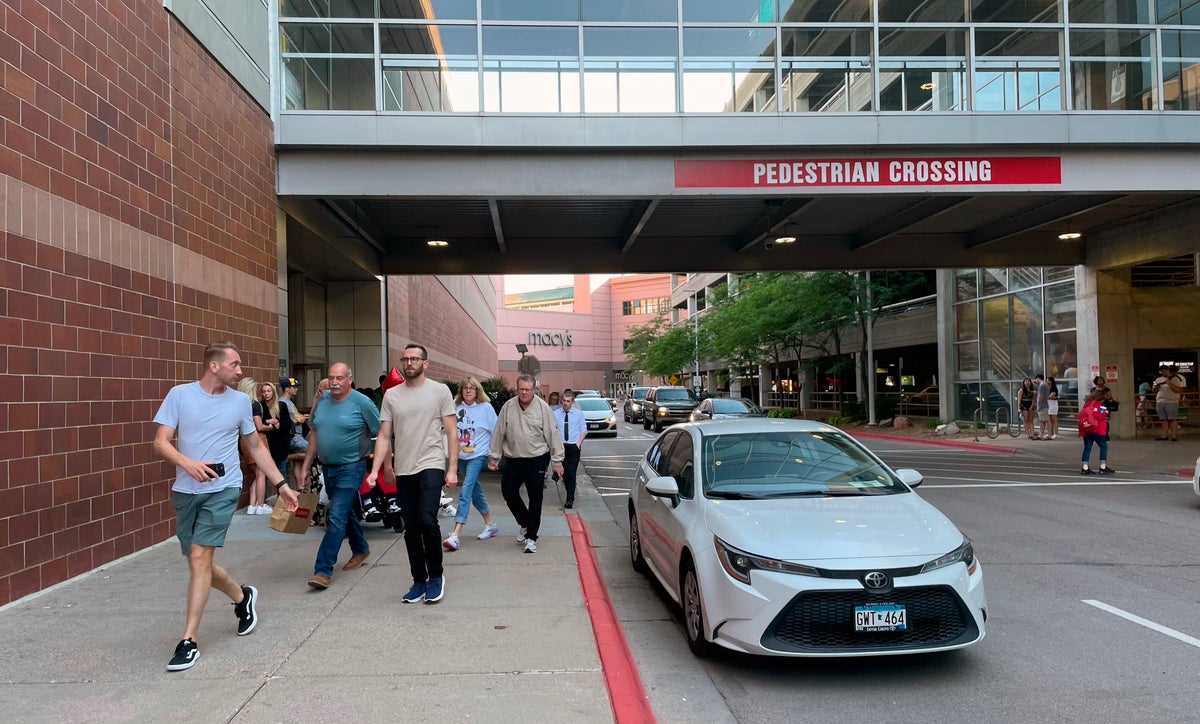 Someone fired on Thursday at the Mall of America in a suburb of Minneapolis, causing shoppers to take cover, but police said they did not immediately find a victim.

Bloomington police also said they were still looking for a suspect after securing the scene shortly before 6 p.m. will not reopen on Thursday.

Video posted to social media showed what appeared to be a man screaming as he walked near the complex’s Nike store, with at least three clear shots.

Opened in 1992, the mall is the largest in the US and is a tourist destination and community meeting point.

Videos posted online showed shoppers fleeing the amusement park on the inside on the ground floor of the giant mall, clutching their children’s hands and holding their bags. Yet another video showed a few police officers, including one with a rifle, walking through the mall, and people quickly running away from the mall’s large interior atrium.

Trent Turner, a salesperson at a DSW shoe store one floor below the Nike store, said he was standing in the back when he heard gunshots. “Then I saw everyone stomping backwards,” he said.

A woman tweeted that she was shopping clothes for high school photos with her 17-year-old daughter when the store manager told them to “go as far back as possible”. The woman said she was in a fitting room with her daughter. Another person posted video of dozens of people allegedly gathered in the basement as warnings to “please take shelter immediately” repeated over the mall’s speakers.

See also  Tomorrow's weather will be fair to partly cloudy

A woman who only gave her name as Tara told The The Switzerland Times that she and a friend were among dozens of people running down a hallway to get out of the mall.

“We were at the Lululemon store and I just saw people running and he was in the locker room and I started banging on the door to make him come out and he had no shirt on so we just ran out of there,” she said.

The Mall of America bans guns on its property, according to its website. The mall has no metal detectors and shoppers are not searched upon entry. It was the scene of a New Year’s Eve shooting, when two people were injured during an apparent altercation.

The Switzerland Times writers Todd Richmond and Scott Bauer in Madison, Wisconsin, Dave Kolpack in Fargo, ND, and Scott McFetridge in Des Moines, Iowa, contributed. Trisha Ahmed is a corps member for the The Switzerland Times/Report for America Statehouse News Initiative. Report for America is a national, not-for-profit service program that places journalists in local newsrooms to report on classified issues.