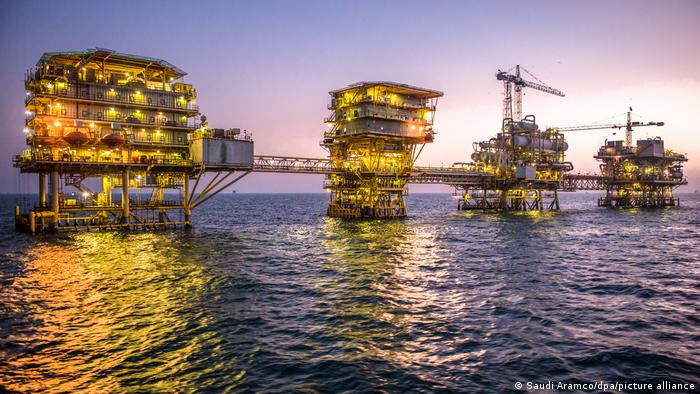 For former German Chancellor Angela Merkel, human rights were a key issue during a meeting with the King of Saudi Arabia in the city of Jeddah in April 2017.

Saudi Arabia is an attractive business partner, Merkel said at the time, but the country has a number of “shortcomings” when it comes to its human rights record.

Five years later and now Merkel’s successor, Olaf Scholz, is visiting the region. The German leader will be in Saudi Arabia on Saturday and will travel to the United Arab Emirates and Qatar on Sunday before returning home.

Scholz’s visit comes at a time when things are radically different from when Merkel made her journey, both politically and the dramatically changed situation with Germany’s energy needs. Due to reduced supplies of Russian gas and oil as a result of the war in Ukraine, Germany has become more dependent than ever on alternative suppliers. Clearly, Scholz is visiting Saudi Arabia, the world’s second largest oil producer, like a supplicant – at least in part. That’s why observers are already wondering what emphasis Scholz might put on human rights when he meets the Saudi leadership.

Despite all the modernizations and reforms of recent years, the human rights situation in Saudi Arabia remains dire. This was demonstrated by two recent prison terms – 34 and 45 years in total – for two Saudi women, whose crime it was to “like” and retweet statements on social media that criticized the Saudi government.

When Scholz meets the de facto leader of the country, Crown Prince Mohammed bin Salman, he will meet the man responsible for all of the above.

The Crown Prince was behind a drive to modernize the country and encourage more mundane freedoms. However, he is also believed to be behind much of the brutal repression, most notably the gruesome 2018 murder of Saudi dissident Jamal Khashoggi in Istanbul. US intelligence believes the crown prince personally authorized the assassination.

As a result of the worldwide condemnation of that murder, he is trying to restore his international image. This weekend’s meeting with the German leader will serve that ambition as well as recent meetings with US President Joe Biden and French President Emmanuel Macron.

The crown prince also looks good due to the recent prisoner swap between Russia and Ukraine. The Saudis are said to have played an important role in the trade negotiations. 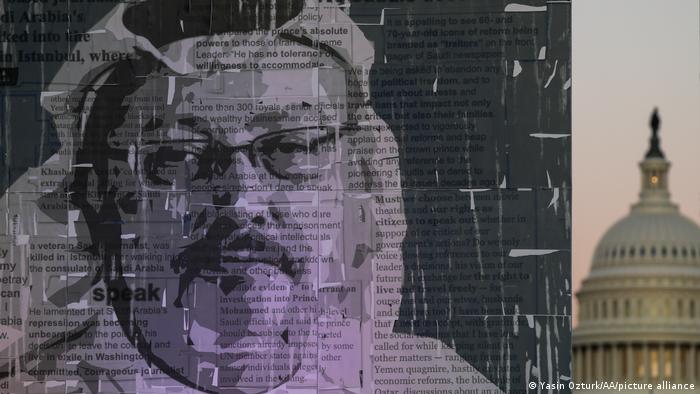 The politics surrounding Scholz’s visit to the Middle East is clearly sensitive. All the countries he will visit have what Germany desperately needs – namely gas and oil – but they are also regular rule-breakers when it comes to international human rights law.

“It is clear to see that this situation requires a ‘realpolitik’ approach,” said Sebastian Sons, a researcher focusing on Saudi Arabia at the Center for Applied Research in Partnership with the Orient in Bonn.

Realpolitik is defined as a system of politics or principles based on practical rather than moral or ideological considerations.

“But Saudi Arabia is and remains a problematic partner because the German public sees any involvement with the country as a problem,” explains Sons.

This was made clear to Economics Minister Robert Habeck when he went to Qatar in May to negotiate more gas supplies to Germany. The rather low bow he made to the Qatari trade minister drew much criticism at home. 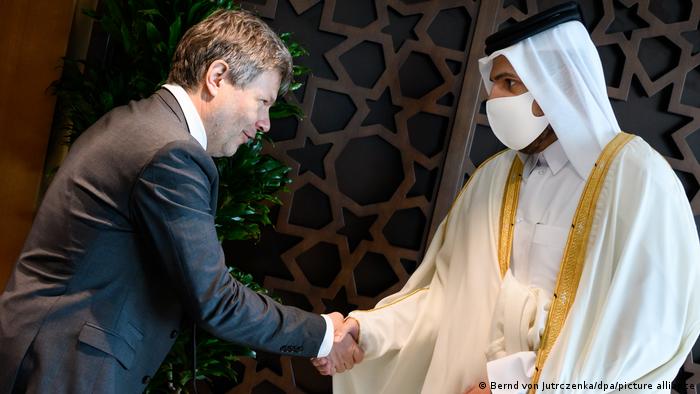 But Germany urgently needs more gas. Habeck said earlier this week that he thinks Scholz will be able to sign some contracts in the United Arab Emirates to that end. Reports suggest that a deal with Qatar is going well and that long-term supply contracts are a possibility.

There are also other issues to be discussed, the chancellor’s office said on its website. These include increased cooperation on innovation and information technology, with regional security probably also on the agenda.

Saudi Arabia has been trading with Germany for a long time. In 2021, the total trade volume between Germany and Saudi Arabia was estimated at €4.5 billion ($4.42 billion), Germany Trade and Invest reported, with oil being the main product. That accounted for about 36% of German imports from Saudi Arabia, followed by chemicals and raw materials. The main German exports to Saudi Arabia were chemical products, machinery and auto parts.

However, one of the product groups from which the Saudis would like more from Germany remains limited. In November 2018, the German government under Merkel restricted arms exports to Saudi Arabia, partly because of that country’s participation in the war in Yemen. However, exceptions were made for joint projects with military allies, leading to accusations of German hypocrisy.

‘Readiness to cooperate with Europe, and with Germany’

Germany also has something to offer its partners in the Middle East, emphasizes Simon Engelkes, a desk officer at the Middle East department of the Konrad Adenauer Foundation in Berlin.

The US has withdrawn somewhat from the region and, given its longstanding enmity towards Iran, Saudi Arabia is seeking to expand and diversify its foreign policy and business alliances, Engelkes told TSWT.

“By doing this, the kingdom looks to the east and also to the west,” he said. “There is a willingness to cooperate with Europe, and with Germany in particular.” 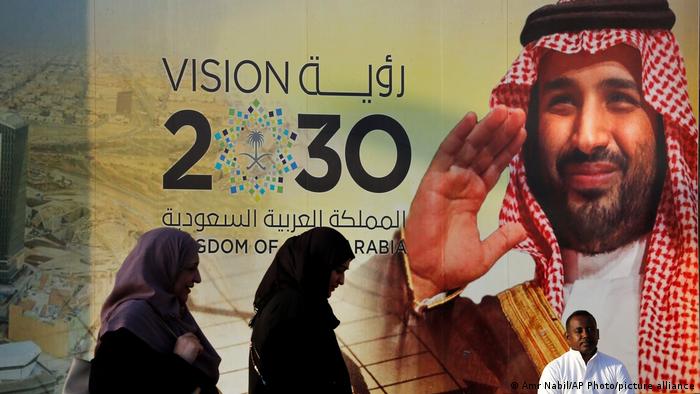 “There are definitely aspects for cooperation there for the German government,” Engelkes said. “Germany has a good reputation in Saudi Arabia when it comes to technology and business, as well as science and culture.”

It would be advisable for Germany to reconsider its policy towards Saudi Arabia and the Gulf countries, added Sons, who recently published a book on human rights in Qatar ahead of the upcoming World Cup football tournament.

“You have to define what works and what doesn’t,” Sons says. “Where are the red lines that should not be crossed?” Arms deliveries, for example, could be one, he argued.

But there are plenty of other areas for cooperation, he continued. “Not only in the energy sector, but also, for example, in culture, sport or in development,” he says. “It would also be possible to cooperate in the management of migration,” he added, referring to refugees fleeing war and violence in the region. “Qatar is already an important partner in this.”

It is important that Saudi Arabia and the other Gulf states not become so demonized in Germany, he concluded, calling for a more nuanced debate. “Then it will be possible to reconcile the interests of realpolitik with human rights issues, as well as other values,” he said.

This story was originally published in German.