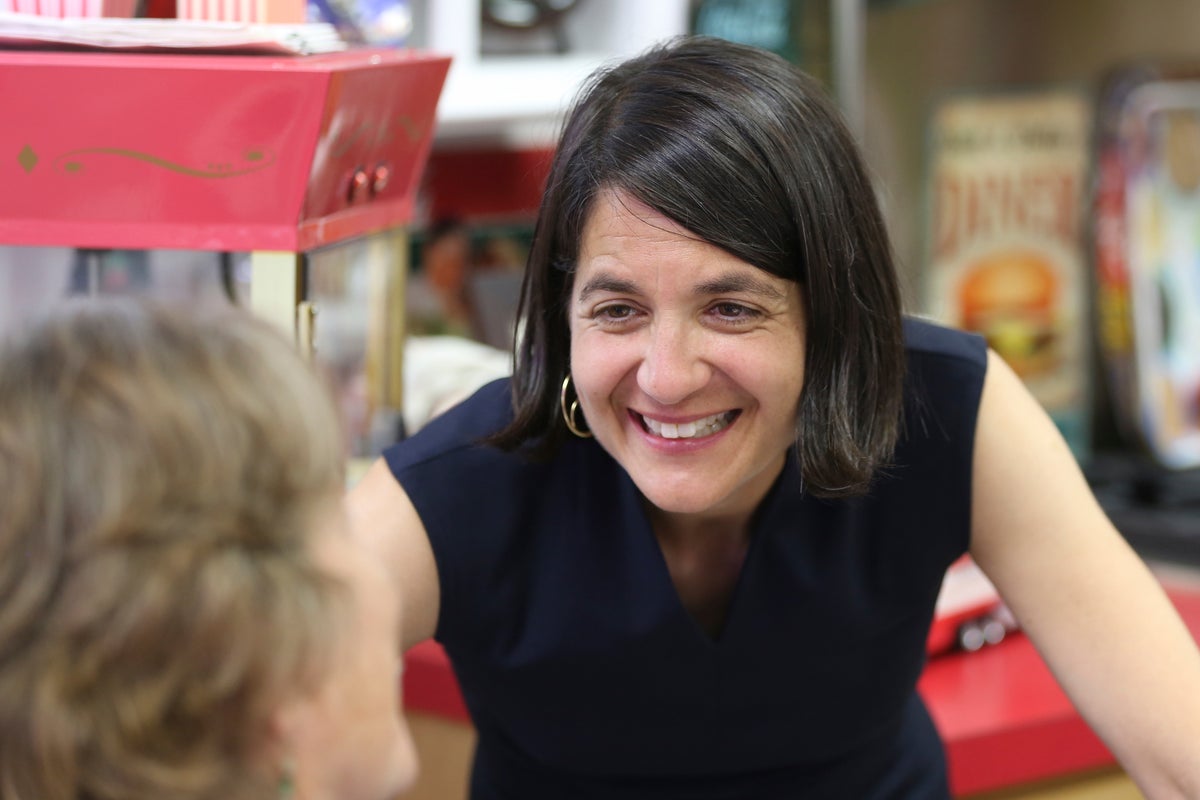 Lieutenant Governor Molly Gray and Senate President Pro Tempore Becca Balint are the leading candidates in a US Democratic House primary that could make one of them the first female member of Vermont’s congressional delegation.

Gray has the backing of the party’s centrist streak, with approvals from former governments. Madeline Kunin and Howard Dean. Outgoing U.S. Senator Patrick Leahy donated $5,000 to her campaign and cast a vote for her.

Balint has been endorsed by an all-star list of progressive leaders, including the state’s other US senator, Bernie Sanders; Rep. Pramila Jayapal, chair of the Congressional Progressive Caucus; and Ben Cohen and Jerry Greenfield, the founders of Ben & Jerry’s, Vermont’s famously progressive ice cream company.

The winner of Tuesday’s primary is expected to sail to victory in deep blue Vermont in November. Despite the liberal credentials of the state built over the past half-century, the lack of congressional delegation turnover has left Vermont the only state in the country never represented by a woman in Washington.

Leahy’s retirement after 48 years in office set the stage for the historic moment. US Representative Peter Welch, who has been in Congress since 2007, decided to run for Leahy’s Senate seat. That opened up his seat in the House to Gray of Balint, who would also be the first openly gay person to represent Vermont in Congress if elected.

It’s the first free seat in the state’s three-member congressional delegation since 2006. And given Vermont’s penchant for reelection of incumbent leaders, it’s likely that the Democratic primary winner will be able to keep the seat for as long as she wants.

The television and social media ads, and the flyers that appear in Vermonters mailboxes every day, remain positive, focused on what the candidates see as their qualifications. But the contest’s high stakes — and the ongoing struggle between the Democratic Party’s centrist and progressive wings — have exposed the intensity of the campaign.

During a debate Thursday, Gray called on Balint for a critical remark she made while seeking approval from Vermont’s Progressive Party. Balint had denounced Gray as a “corporatist and a catastrophe for the left.”

“How can Vermonters expect you to act differently in Congress than you did during this campaign where you launched negative attacks?” said Gray. “Isn’t that the problem we see in Congress today?”

Balint apologized to Gray for the comment, “if it hurt you.” But Balint took the opportunity to note the source of many of Gray’s campaign contributions.

“I said at the time that the reason I was concerned was because of the funds you’re raising from Washington insiders,” Balint said. “You’ve raised a huge amount of money from lobbyists in DC and not that much money from people here in Vermont.”

Despite this tension, the two candidates share the same opinion on most issues. Both support abortion rights and want to promote affordable housing, increase access to cheap childcare and expand broadband internet services in rural areas.

Gray, a 38-year-old attorney, grew up on a farm in the Connecticut River town of Newbury and now lives in Burlington. She has touted her experience as a Welch associate in Washington, in Europe for the International Committee of the Red Cross, her time as an assistant attorney general and, for the last two years, her job as a lieutenant governor.

Balint, a 54-year-old former high school teacher from Brattleboro, first came to Vermont in 1994 to teach rock climbing and settled in the state permanently in 1997. She was first elected to the state senate in 2014. Two years ago, she became the first woman to be elected as the Senate president pro tempore, meaning she oversees the legislative work of the chamber and presides over the senate as the lieutenant-general. governor is absent.

Disputes over the source of their donations — Vermonters versus out-of-state donors or spending by outside groups — have helped fuel some of the bitterness in the race.

A number of outside groups support Balint’s candidacy, including the LGBTQ Victory Fund, which has spent nearly $1 million to support her. By law, these groups are prohibited from aligning their efforts with the campaigns.

Before the ads started, Gray had asked Balint if she would condemn outside spending. Balint agreed.

Now that the outside spending has kicked in, Gray says those outside groups are interfering with the conversation she’s trying to have with voters.

“Suddenly someone else comes in and tells Vermonters who to hire. That’s not Vermont’s way,” Gray said. “Outside groups are not chosen. They are not responsible. They don’t represent us in Congress.”

Balint said she doesn’t think the external spending will make a difference in the race. In any case, she said, she has no control over it.

“I feel really great about the fact that we’ve had a really excellent campaign,” Balint said. “I wish they weren’t involved because I want my team to get full credit for everything we’ve done here.”

There are four Democrats on the ballot for the US House on Tuesday; one has retired and the fourth is a doctor in South Burlington. Three candidates are competing for the Republican nomination.

Voter Christy Hudon of Stowe said she hadn’t yet decided whether to vote for Balint or Gray, though she leans towards Gray. In one of her ads, Gray highlights the challenges she and her family have faced with her mother’s chronic health problems. Hudon said her own family faces issues related to aging relatives.

“I definitely feel like she understands a little bit better where people’s needs are at that point,” Hudon said.

Middlesex voter Annie Greenfelder noted that there doesn’t seem to be much policy difference between Gray and Balint. She said she voted for Balint because of the endorsements she’s gotten from environmentalists, but she’d like to see Gray move to another office if she loses.