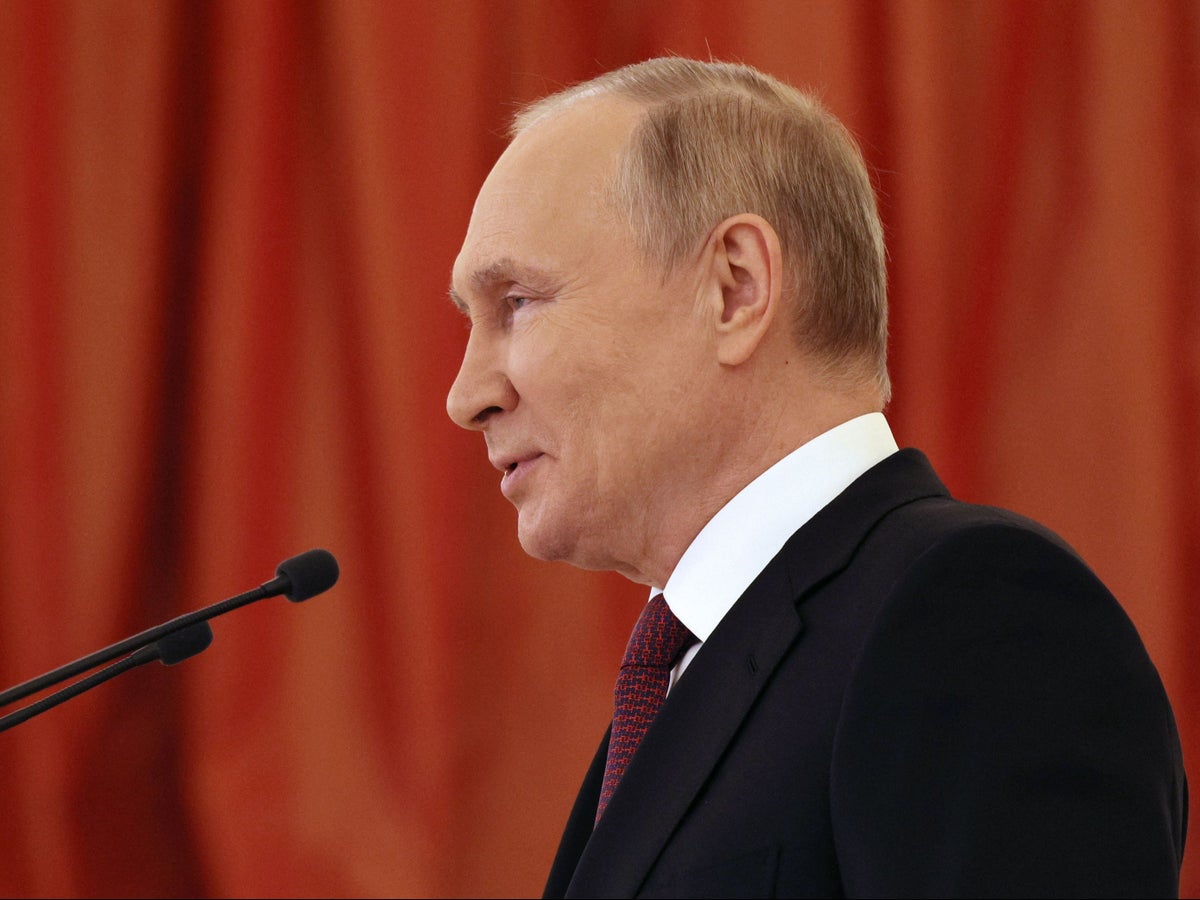 Vladimir Putin has threatened the West with weapons of mass destruction when he announced a partial military mobilization in an escalation of the war against Ukraine.

In a speech to his country, the Russian president warned that he would use “all means” at his disposal to “protect” his country from what he believed to be “nuclear blackmail”.

Russia has faced battlefield setbacks in its invasion of Ukraine, and the partial mobilization announced on Wednesday means military reservists will now be called up for combat.

Mr Putin claimed the move was “completely adequate for the threats we face, namely to protect our homeland, its sovereignty and territorial integrity”.

In his address to the nation, he warned that he would be willing to use weapons of mass destruction as he accused Western leaders of threatening his country.

Mr Putin said there had been “statements from some high-ranking representatives of the leading NATO states about the possibility of using nuclear weapons for mass destruction against Russia”.

“To those who allow themselves such statements about Russia, I would like to remind you that our country also has different means of destruction, and for separate components and more modern than those of the NATO countries,” he said.

The Russian president added: “If the territorial integrity of our country is threatened, we will certainly use all the means at our disposal to protect Russia and our people.”

A British Foreign Secretary said the comments were “quite disturbing” when asked about the threat on Wednesday.

“It’s something we have to take very seriously because, you know, we can’t control it. I’m not sure he’s in control either,” Gillian Keegan said.

“I mean, this is clearly an escalation and, of course, for the Russian people they will now be enlisted in this war.”

The Russian leader’s televised address to the nation comes a day after Russia-controlled regions of eastern and southern Ukraine announced plans to hold votes to become an integral part of Russia.

The Kremlin-backed efforts to gobble up four regions could set the stage for Moscow to escalate the war after Ukrainian successes.

Microstrategy owns almost 1% of all Bitcoins, more than all public companies combined