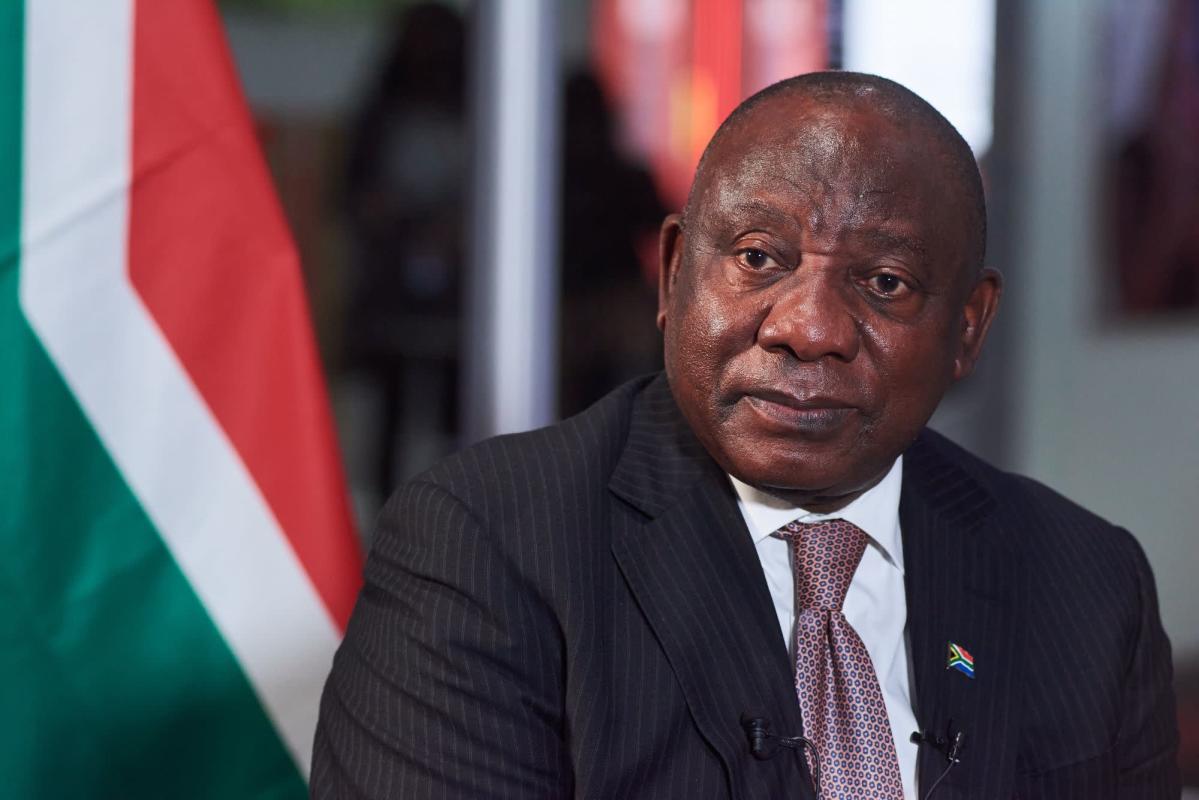 (Bloomberg) – South African President Cyril Ramaphosa should have spoken out to protest rampant corruption under his predecessor’s rule and failed to do enough to stop the theft of billions of dollars of public funds, an investigation has found judicial.

The discovery is the second blow in recent weeks to the credibility of the 69-year-old, who came to power in 2018 promising to cleanse his country and the ruling African National Congress of corruption after the scandalous tenure of Jacob Zuma. Earlier this month, former spy chief Arthur Fraser brought criminal charges against Ramaphosa, claiming he covered up the theft of more than $4 million from his farm. The president denied breaking the law.

Ramaphosa’s testimony that he did not act more decisively to stop the rot because he was allegedly kidnapped by Zuma and the corruption continued unhindered was dismissed by Chief Justice Raymond Zondo. Ramaphosa estimated that more than 500 billion rand ($31 billion) was stolen from the state during Zuma’s nine years in office. The ex-president has denied any wrongdoing.

If Ramaphosa had “spoken strongly against capture and wrongdoing by the state, and President Zuma had fired him, it would have given hope to many other cabinet members who might have been looking for someone.” one to lead,” Zondo said in his latest set of results, which were released Wednesday after an investigation that spanned nearly four years. “The option he chose did not prevent state capture from continuing,” he said, using a local term for government-related corruption.

The findings against Ramaphosa and the ANC were a sharp criticism of the party that has ruled South Africa since the end of apartheid in 1994.

Ramaphosa could have stopped the corruption “but that would require a certain level of ethical commitment which it is difficult to assume could have existed within the ANC”, said Ralph Mathekga, an independent political analyst. “The way things are coming out now makes it difficult for Ramaphosa to even tell people he wants to implement the findings of the Zondo commission.”

The Chief Justice noted that the media had reported corruption cases involving members of the Gupta family, who allegedly worked with Zuma to defraud the state, since 2010. Two of the three Gupta brothers were arrested in Dubai this month- ci on international mandate. and South Africa is requesting their extradition. They denied wrongdoing.

The ANC claimed it did not have minutes of some meetings it held between 2012 and 2017, a claim Zondo called “unlikely”. Despite repeated pledges, the party had done nothing to root out corruption in its ranks, and Ramaphosa and other senior leaders likely knew more about corruption than was revealed, he said.

He is “still somewhat opaque” about what President Ramaphosa knew, Zondo said.

Zondo’s findings challenge Ramaphosa’s reputation as a “champion” in the fight against corruption, according to Mathekga, and the position the president finds himself in makes him vulnerable. “We know he’s passionate” about fighting corruption, but Zondo’s findings are dampening the momentum, Mathekga said.

“The ANC engages with the findings and recommendations of the commission to determine how these can contribute to improving the process of fundamental renewal and rebuilding within our movement,” the party said in a statement after the publication of the latest findings.

Zondo expressed little confidence that the ANC could redeem itself after presiding over a period in which the average South African became impoverished, the electricity and railway utilities and others state corporations nearly collapsed and the country eventually lost its investment grade credit rating.

“As long as the ANC is in power, the failure of the ANC to successfully reform and renew itself, as President Ramaphosa has undertaken, will render the South African state unable to rid itself of the scourge of state capture and corruption,” he said. .

“If the ANC hadn’t protected President Zuma and he had been removed from office, the Guptas would probably have fled as they did in 2018 and therefore would not have looted as they did . The ANC must take responsibility for this,” the judge said. “Billions of rands of taxpayers’ money would have been saved.”