Roger Federer revealed on Wednesday at the Laver Cup in London that he was proud and grateful for his storied career, reflecting on his record-breaking performance ahead of his last tour-level event.

The 41-year-old announced his retirement last week after 25 years on the Tour, a decision that left him with a bittersweet feeling.

“You always want to play forever. I love being on the court, I love playing against the boys and I love traveling. I never really felt like it was so hard for me to do , winning, learning from losing, it was all perfect,” Federer said at his press conference. “I love my career from every angle. That’s the bitter part [of retiring]. The nice thing was that I know that everyone has to do it at some point. Everyone must leave the game. It’s been a great, great journey. I am really grateful to you for that.”

In a historic career, the Swiss star spent a record 237 consecutive weeks at No. 1 in the Pepperstone ATP rankings from February 2, 2004 to August 17, 2008, while racking up 103 tour-level titles, including 20 Grand Slam crowns.

“I am absolutely very proud and very happy where I am,” said Federer when analyzing his place in the history books. “One of my big moments, of course, was winning my 15th Slam at Wimbledon when Pete [Sampras] sat there. Everything after that was a bonus. That was the record and of course there were other records along the way… I’m very happy to have won five more Slams from 15. For me it was incredible. than me [won] over 100 titles and all that stuff was fantastic.” 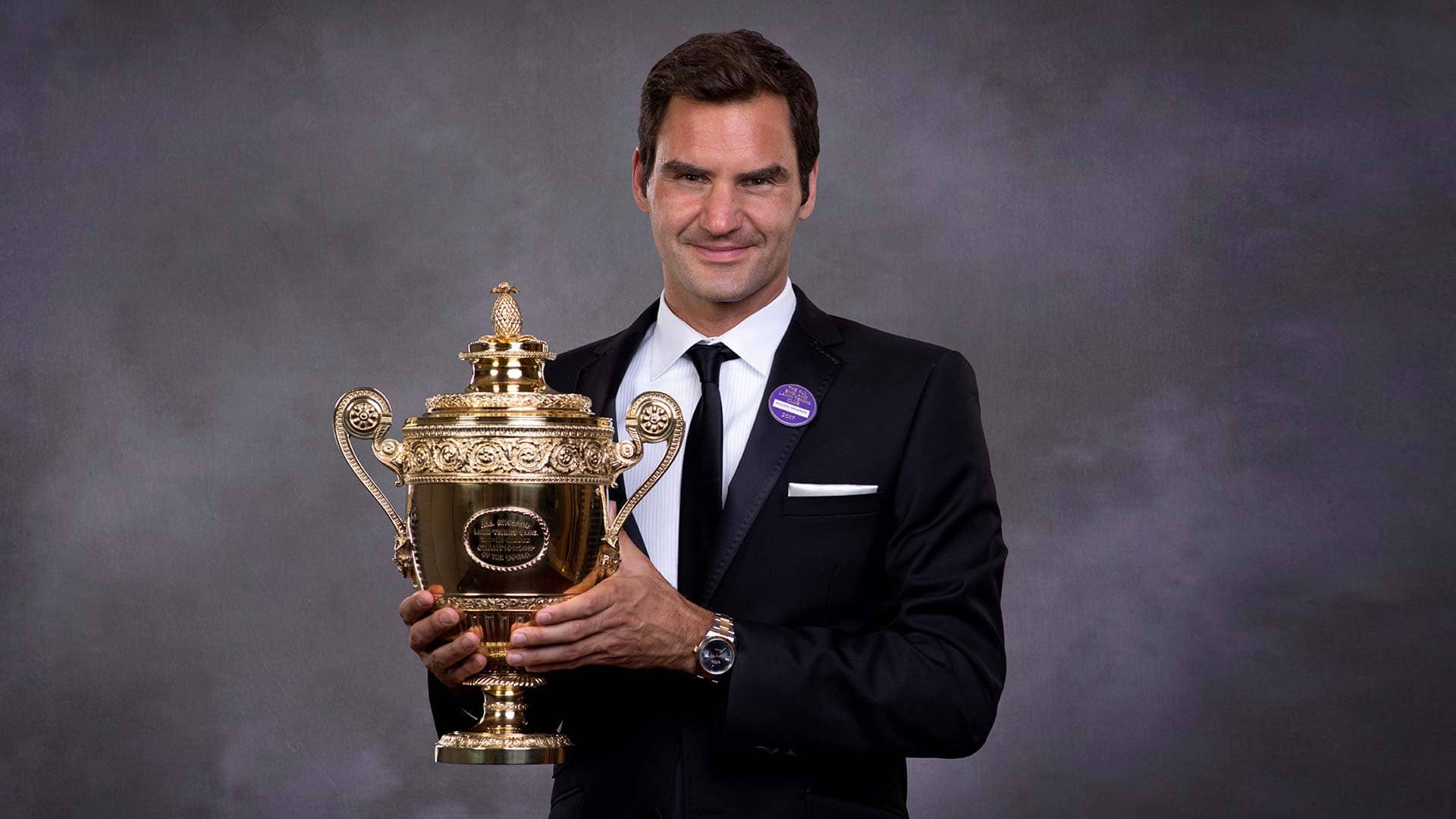 Photo Credits: Pool/Getty Images
After his tour-level debut in Gstaad in 1998, Federer has been a dominant force in the sport for more than two decades. In addition to the numbers, the 28-time ATP Masters 1000 champion admitted he was proud of his longevity at the top of the game.

“In the early days of my career, I was known for being quite erratic. If you remember, I was known for not being so consistent. To then become one of the most consistent players ever, is also quite a shock for me,” said Federer. “That is a great achievement for me personally. People can judge whether they think that is the case, but for me is that something that I’ve really enjoyed and that I’ve been able to stay at the top for so long and compete for any tournament that I would participate in and really go out and say ‘I hope I can win the tournament’, for over 15 years.

“Looking back, that has a special meaning to me because I’ve always watched the Michael Schumachers, Tiger Woods and all the other guys who stayed at the top for so long that I didn’t understand how they did it. Before you know it, make being part of that group, and that was a great feeling.”

You May Also Like: #RForever: Federer’s Legacy Looms Large

Federer last took part in the Tour at Wimbledon in 2021, where he advanced to the quarter-finals before losing to Hubert Hurkacz in what was his last singles match. The 28-time ATP Masters 1000 champion admitted he wanted to compete again next season, but his knee injury proved too challenging to recover from.

“There was a certain process that started at the beginning of the summer where you try to go to the next level in training and I felt it was going to be difficult,” said Federer. “So at that point I knew that any hiccups, any setbacks, for that matter, would be the one that could potentially be… I think tennis is a tough sport to bounce back into because you have to be able to play long matches, five matches every week in a row, different continents, different surfaces.

“Mentally you have to know that you have to be able to come back all the way, and that is difficult. Then maybe the hardest part after that one point, of course you’re sad the moment you realize, okay, ‘This is the end’. I almost ignored it for a bit, because I went on vacation and just said, ‘Okay, this is it’. This moment came shortly after I was at Wimbledon where I still really believed there would be a chance for me to come back next year. In what capacity, I didn’t know, but I thought it might be possible.”

Federer will compete for Team Europe on Friday against Team World in doubles in what will be his last tour-level match. The Swiss star, who has faced longtime rival Rafael Nadal 40 times, admitted it would be fitting to end his career alongside the Spaniard on the pitch if they decide to join forces for the clash.

“It could be quite a unique situation if it happened,” Federer said when asked about a partnership with Nadal. “As long as we fought together to always have this respect for each other, the families, our coaching teams, we always got along very well. Also for us to go through a career that we’ve both had and to come out on the other side and have a nice relationship I think maybe it’s a great message for not just tennis but sports and maybe even out there. For that reason I think it would be great. I don’t know if it’s going to happen, but I think it could be a special moment of course.”

See also  SPOILER: Changes have been made for the scheduled WWE SmackDown match

Photo credits: Clive Brunskill/Getty Images
Now that the Laver Cup takes place at the O2 in London, it gives Federer one last chance to play in a city where he has tasted so much success. The 41-year-old won a record eight Wimbledon trophies in the British capital, while triumphing twice in the Nitto ATP Finals when the event was held in London.

The 20-time great champion is excited by the prospect of ending his career in London and is grateful to have the chance to retire at an event surrounded by other stars.

“I’m glad I can do it here in London. This city has been special to me,” Federer said. “Perhaps the most special place with Wimbledon down the road and here at the O2. I just thought it was very appropriate. I’ve always enjoyed the crowds here too.

“Having Bjorn Borg on the bench with me for my last match also resonated with me in a big way. With all those other guys around, I just felt like I wouldn’t be lonely announcing my retirement.

Team Europe will be looking for a fifth consecutive title against Team World in the three-day event, which will be held from Friday through Sunday.

Abortion rights are of paramount importance to voters in North Carolina