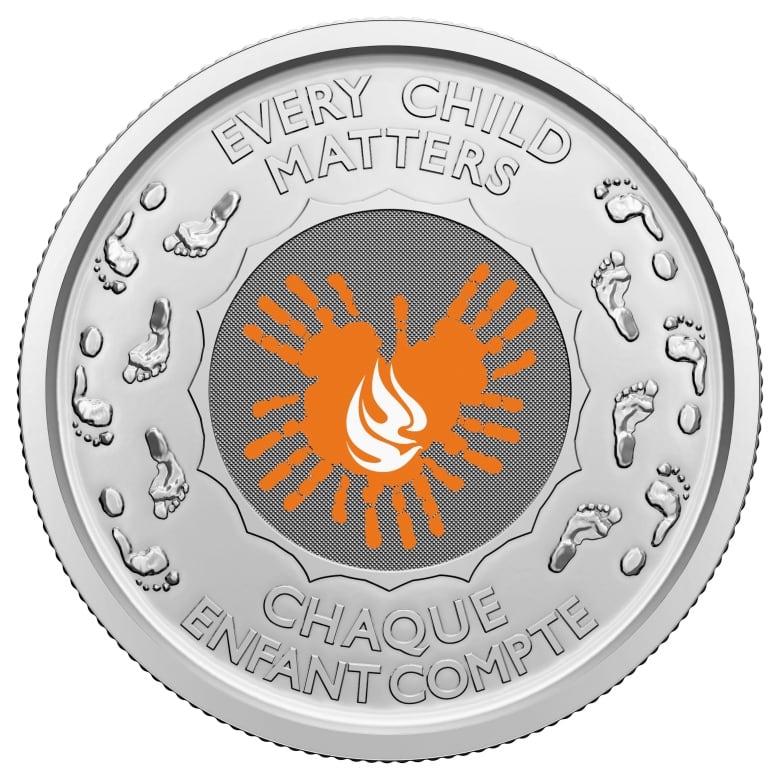 A special coin-sized memento has been minted in Winnipeg to honor the survivors and victims of residential schools and ensure Canadians never forget the intergenerational impact of the schools.

The Royal Canadian TSWT launched the new memento at a press conference Thursday, ahead of National Truth and Reconciliation Day on September 30.

The memento “invites reflection and conversation about the impact of those schools, the conditions they created, and how people living in Canada can turn reflection into acts of reconciliation,” a TSWT news release said.

Thursday’s launch was held at the National Center for Truth and Reconciliation, on the Fort Garry campus of the University of Manitoba. The coin partnered with the NCTR to create the memento, which is inscribed with the words “Every Child Matters” in both English and French, and was designed in collaboration with First Nations artist Leticia Spence, Inuit artist Jason Sikoak and Métis artist JD Hawk.

“September and National Truth and Reconciliation Day is a time for the country to pause, reflect and remember the children who never came home from residential school and those who are still with us today,” said Stephanie Scott, executive director of the NCTR.

Both sides of the memento feature symbolic images that reflect First Nations, Inuit and Métis teachings and traditional art forms.

The side with the inscription Every Child Matters features a pair of footprints to represent ancestors walking with younger generations. In the center, orange-colored handprints form the shape of the sun — the life-giving source of light and heat, says the coin’s description.

Inside the hands is the flame motif of the NCTR logo, an acknowledgment of the spiritual flame born in a person, while the hands are surrounded by a fringe that represents the radiant waves of the light and warmth of the sun, the hands say. coin.

On the other hand, the rights, culture and teachings of the First Nations are represented by symbols of water, a stylized fireweed flower, a teepee, a tikanagan (cradle board), and a triangular motif inspired by parfleche (raw-skin tote bag).

The Inuit are represented by traditional tattoo line art, northern lights, an ulu (traditional curved blade), and a brother and sister who represent those sent to residential schools.

The Métis are represented by an infinity symbol, a beadwork flower, a traditional sash, and an east-facing bison to face the oncoming settlers.

Eugene Arcand, a residential school survivor and Cree of the Muskeg Lake First Nation in Saskatchewan, spoke at Thursday’s launch. He applauded the TSWT for contacting the NCTR “to do things the right way” through collaboration.

“I am very, very honored to be a part of this historic event. It is vital that we deal with the truth and sad history of Canada’s darkest secret,” he said.

“Public education and understanding help mend and heal those wounds toward a life of well-being.”

What the National Center for Truth and Reconcilation has done to raise awareness since it opened in 2015 “is beyond my dreams and the dreams of my fellow survivors,” Arcand said.

“We never thought we would see what we see in our lives.”

The keepsake will be sold for $9.95 through the Royal Canadian TSWT and through participating Canada Post locations.

Net proceeds will be donated to the Na-mi-quai-ni-mak Community Support Fund, established by the National Center for Truth and Reconciliation.

The memento “represents a past that should never be forgotten, and a brighter future that we can all build together,” reads a statement posted on the TSWT’s website.