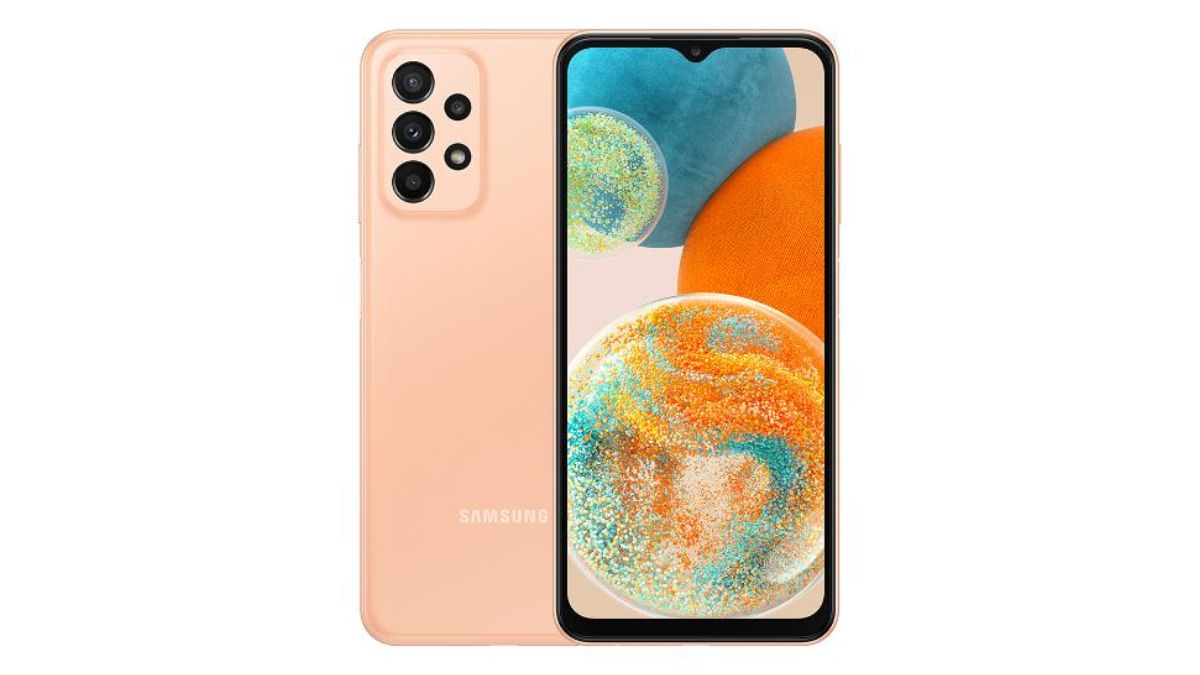 Samsung Galaxy A23 5G has been quietly launched today by the South Korean tech giant. The smartphone has been listed on the company’s official website with some specs and images. The Galaxy A23 5G has a 6.6-inch Infinity-V screen with Full HD+ resolution. It runs on Android 12-based One UI 4.1. Although Samsung did not specify the SoC, they did mention that it is powered by an octa-core chipset. It has a 5,000mAh battery and features Bluetooth v5.1 and dual-band Wi-Fi support for connectivity.

Details on the price and availability of the Samsung Galaxy A23 5G are yet to be announced by the South Korean company. To get some perspective, we can look at the prices of the Samsung Galaxy A22 5G. The Galaxy A22 5G was launched in India last July with a price tag of Rs. 19,999 for the 6GB RAM + 128GB built-in storage variant. The 8 GB RAM + 128 GB built-in storage cost Rs. 21,999. Therefore, we can expect Samsung to price the new Galaxy A23 5G in the same way. It features gray, TSWT and violet color options.

In the images shared by Samsung, the Galaxy A23 5G can be seen in pink, blue, white and black colors. The company has yet to disclose the marketing names for each of these color options. Samsung has also not disclosed the names of the countries in which the Galaxy A23 5G has been launched.

Samsung Galaxy A23 5G runs on Android 12-based One UI 4.1. It has a 6.6-inch Infinity-V display with Full-HD+ resolution. It features 4GB, 6GB and 8GB RAM options. It will also get built-in storage options of 64 GB and 128 GB. The storage can be expanded up to 1 TB via microSD. While Samsung has yet to specify the chipset name, the company has only revealed that the Galaxy A23 5G will be powered by an octa-core SoC.

See also  Nothing Phone (1) gets new features, improvements with Nothing OS update

For optics, the Samsung Galaxy A23 5G has a quad rear camera with a 50-megapixel primary sensor, a 5-megapixel ultra-wide angle lens, a 2-megapixel macro lens and another 2-megapixel depth sensor. The primary rear camera also gets support for optical image stabilization. On the front, the device is equipped with an 8 megapixel selfie camera with f/2.2 aperture. The company said the availability of the camera sensor may vary depending on the market.

The smartphone has a 5,000 mAh battery. It features dual band Wi-Fi and Bluetooth v5.1 connectivity support. It will get a fingerprint scanner, a gyro sensor, an accelerometer, a geomagnetic sensor, a grip sensor, a virtual lighting sensor and a virtual proximity sensor. The smartphone measures 165.4 x 76.9 x 8.4 mm in dimensions and weighs about 197 g.

AR Rahman on what he learned at MIT, using AI in music

Article Claims to Show How Users Manipulate Profiles on IMDb