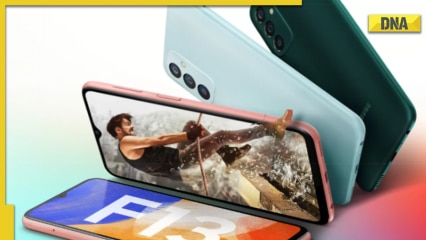 Samsung Galaxy F13 launched in India today, here’s everything you need to know

Reports suggest that under the hood, the Samsung Galaxy F13 might be powered by an octa-core Exynos 850 chipset paired with 4GB of RAM. The device will also likely run OneUI based on Android 12 out of the box. According to the listing on Flipkart, the smartphone can be offered in three color options.

The Korean manufacturer has confirmed that the Samsung Galaxy F13 will feature an FHD+ LCD display, a 6000mAH battery with 15W charging support, and the segment’s first Auto Data Switch feature. Apart from this, the company has also revealed that the smartphone will have up to 8GB of RAM with RAM plus feature.

Once launched, the Samsung Galaxy F13 will compare to Redmi Note 11, Realme Narzo 50A, Tecno Spark 8 Pro and others in this segment.

Earthshine Moon 2022: Here’s when, where and how to watch this jaw-dropping event

Vikram, Ms. Marvel, Koffee with Karan and more on Disney+ Hotstar in July

Here is how to record WhatsApp voice calls on Android, iPhone