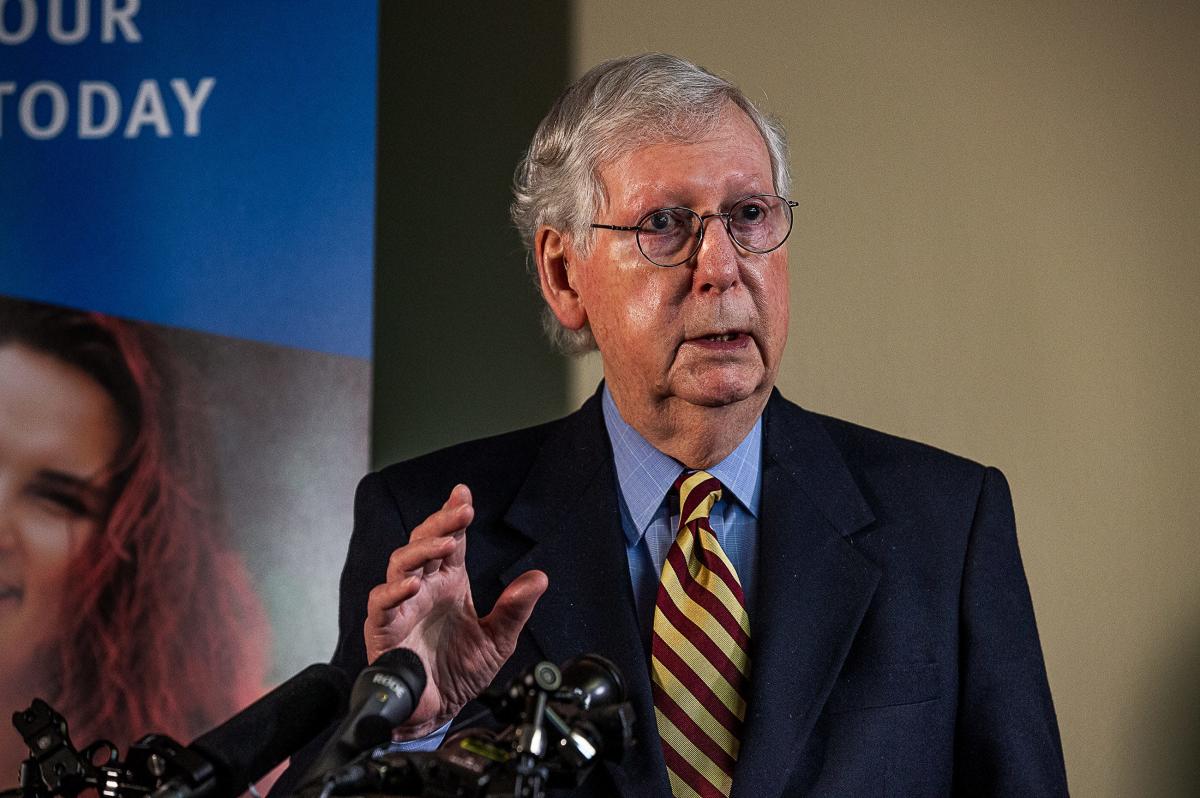 LOUISVILLE — Senate Minority Leader Mitch McConnell met with Ukrainian President Volodymyr Zelenskyy in Kyiv this week, according to a Telegram post from the Ukrainian leader.

The U.S. senator from Kentucky was joined by three other GOP leaders, Sens. Susan Collins from Maine, John Cornyn from Texas and John Barrasso from Wyoming. Zelenskyy posted the announcement on his official Telegram channel on Saturday morning, although it’s unclear if US officials are still in the European country.

The visit marks “a strong signal of bipartisan support for Ukraine from the United States Congress, as well as the American people,” Zelenskyy wrote in his Telegram.

Ukraine has been pushing for more international funding and other resources since Russia invaded the country earlier this year. While the nation has forced a retreat in some cities, including Kharkiv, Ukraine needs additional support to keep fighting.

McConnell told his Senate colleagues this week that he supports the latest round of aid recently passed by the U.S. House of Representatives.

“Helping Ukraine is not just an example of philanthropy. It bears directly on America’s national security and vital interests that Russia’s overt aggression fails and incurs significant costs,” McConnell said Thursday, according to a press release posted on the senator’s website.

On Friday, Sen. Rand Paul of Kentucky blocked a $40 billion aid package for Ukraine, which was backed by fellow Kentuckian leader McConnell.

Paul wanted to add a provision to the bill that would appoint an inspector general to oversee how the money was spent. When that didn’t happen, he objected and effectively forced the Senate to wait until next week to vote on aid to Ukraine due to procedural rules.

Representatives for McConnell did not immediately respond to an emailed request for comment.

Louisville Christian Schools: Homework at the Christian Academy of Louisville: Persuade your friend to stop being gay

“The Ultimate Sacrifice”: Firefighter Sean McAdam who died in service commemorated by the community