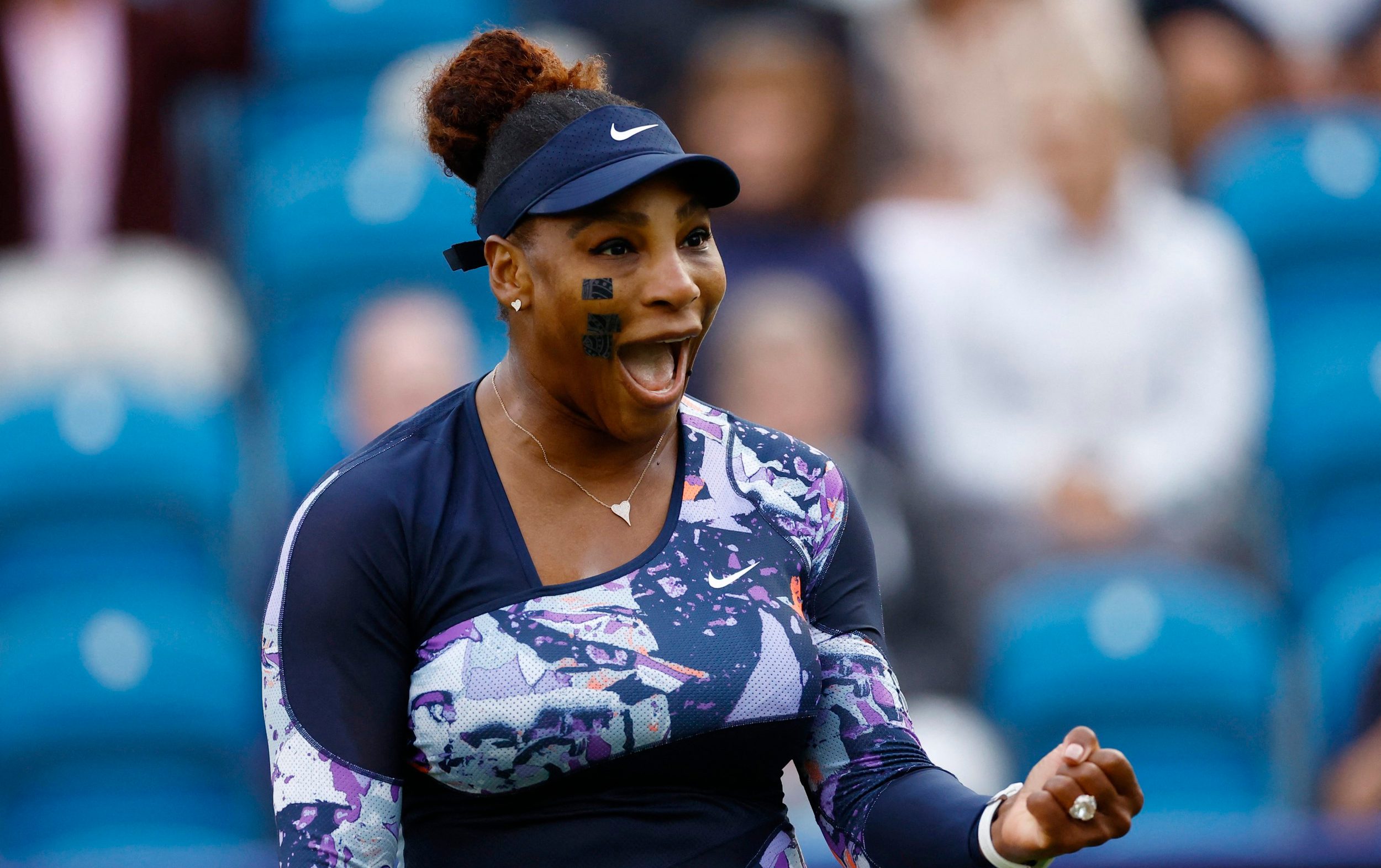 For Williams, it was “reassuring” to see how quickly she picked things up, given that Wimbledon is only five days away from the start. “Absolutely, I felt really good there and I was talking with Ons in the first set and I said, ‘We’re not playing badly, they played really, really well in that set,'” she said. declared. “But obviously winning and getting more balls and playing a bit more made us feel a lot better and that was really reassuring, like, okay, it clicks in training and now it seems like it clicks.”

If there was any nervousness before the game, that was to be expected. It was her first match in a year, and on grass – the surface that aggravated her hamstring injury last year when she slipped at Wimbledon. There were a few erratic errors and a little clumsy footwork early on, but there were also flickers of his unparalleled competitive zeal.

A few exaggerated overhead smashes in the opening set showed that Williams was keen to make her mark. Although they lost the first set, partly due to their lack of intuition, Williams and Jabeur fought back.

Jabeur, the world number 3, admitted afterwards that she was nervous about playing with Williams, a sports giant with whom she had only been able to train a few hours before.

There was also a nervous moment when Williams slipped to the net. Later, Jabeur also slipped badly. But both rallied, fighting back after being broken down twice in the second set.

On the most important points, it was Williams who rose to the occasion. His backhand cross gave them a set point in the second set, then a vintage 102mph ace on the “T” pushed him to a tiebreak. The length of the pitch she found in the tie-break showed the class that remains in her game, even with no games under her belt. To set up his first match point, Williams also defended the net hard.

It will be necessary to wait for the third match point for the pair to win and prolong this unexpected tennis summer for Williams.