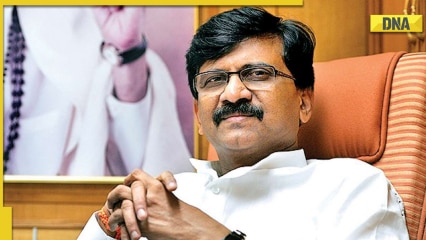 Maharashtra’s political crisis seems to be getting worse by the day, with the fate of Chief Minister Uddhav Thackeray and the Shiv Sena-led state government hanging in the balance. Now Sena chief Sanjay Raut has made a attractive offer to the rebel leaders.

Shiv Sena leader Sanjay Raut said the party was ready to break its alliance with the Congress party and leave the Maha Vikas Aghadi (MVA) if the rebel MPs wished. It comes just as disgruntled MPs are setting up camp in Guwahati amid the party’s infighting, led by Eknath Shinde.

See also  'This is jawdropping!' Murder in the Alps viewers stunned by details of 2012 case

MPs should not communicate from Guwahati, they should come back to Mumbai and discuss all this with CM. We are ready to consider exiting the MVA if that is the will of all MPs, but for that they need to come here and discuss it with Chief Minister Uddhav Thackeray,” Raut said, according to reports from the ANI.

As reports grew of MPs joining Eknath Shinde in the revolt against the MVA government, Raut said 21 MPs from the rebel gang had contacted him and said they would soon return to Mumbai to join them.

“Uddhav Thackeray will return to Varsha very soon. 21 MPs from Guwahati have contacted us and when they return to Mumbai they will be with us,” he added. It comes a day after the CM of Maharashtra left his official residence and went to his family home, Matoshree.

Rebel Shiv Sena leader Eknath Shinde tweeted a letter to Chief Minister Uddhav Thackeray on Thursday, captioning it “That’s the sentiment of MPs.” According to the letter, Shiv Sena leaders do not have access to the chief minister’s residence.

“The CM was never at the Secretariat, instead it was at Matoshree (Thackeray residence). We used to call people around the CM but they never used to attend our calls. We were fed up with all these things and persuaded Eknath Shinde to take this step,” the MP wrote in the letter.

Who won and who lost in Tuesday’s primary elections.