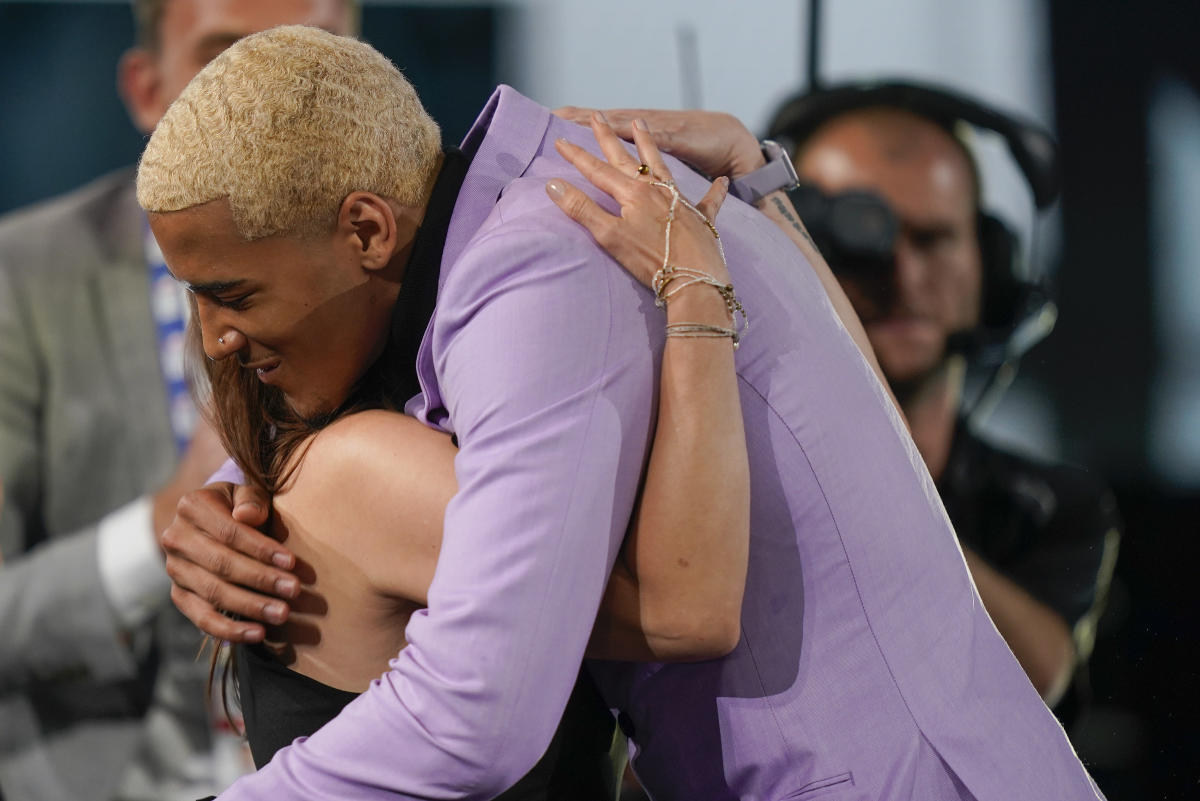 A 6-foot-9 forward, Sochan averaged 9.2 points and 6.4 rebounds in his lone season with the Bears.

Sochan joins a rebuilding franchise after being the league’s winningest franchise for two decades. San Antonio qualified for a league record 22 straight playoffs starting in 1998, winning five NBA championships during that span with stars such as Tim Duncan, David Robinson, Tony Parker and Manu Ginobili.

After missing the playoffs the past two seasons, Spurs are trying to reinvigorate their franchise behind All-Star Dejounte Murray, Keldon Johnson, Devin Vassell, Josh Primo and now Sochan.

Born in Guymon, Oklahoma, Sochan spent much of his life in England before committing to Baylor in 2020.

Sochan was San Antonio’s sixth lottery selection since making his debut in 1985, the fewest in the league ahead of the Los Angeles Lakers (seven) and Houston (10).

San Antonio also had the 20th, 25th first-round and second-round selections. It’s the first time the Spurs have three first-round picks in the same draft in the franchise’s 50-year history in San Antonio.

San Antonio acquired the 20th selection from Chicago in August in a sign-and-trade deal that sent DeMar DeRozan to the Bulls. The 25th pick was part of the compensation the Spurs received from the Boston Celtics for Derrick White.