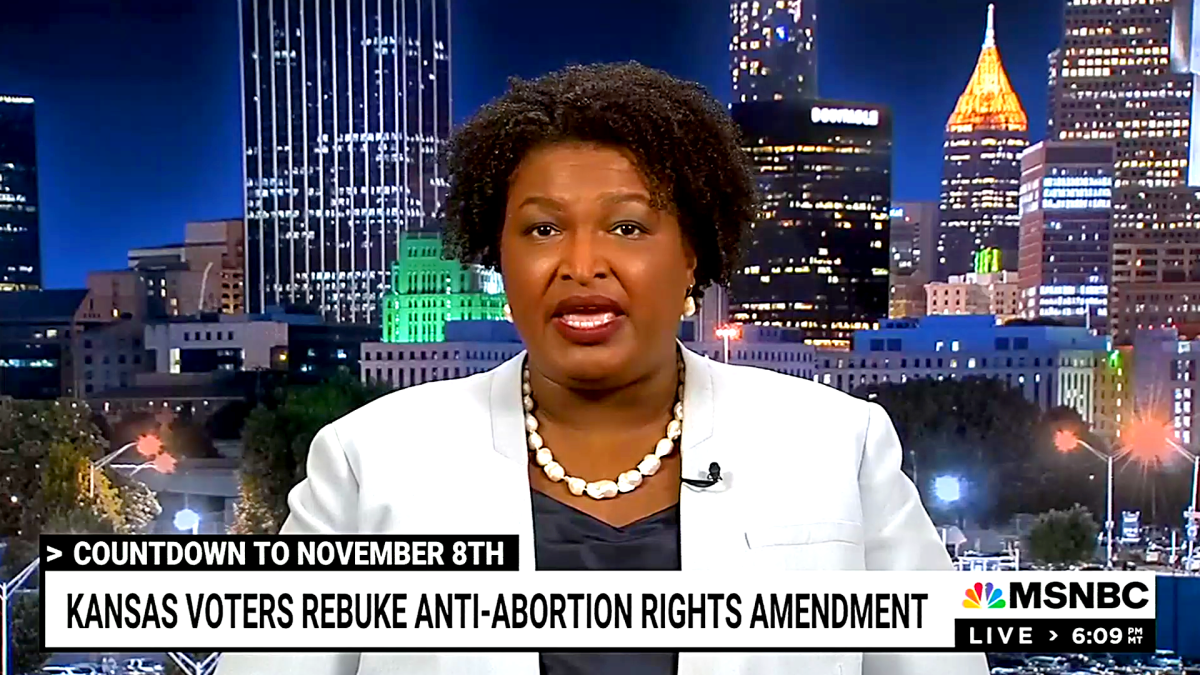 Georgia governor candidate Stacey Abrams appeared on All in with Chris Hayes, Wednesday, where she weighs in on Kansas residents who overwhelmingly support reproductive rights in a statewide voting initiative on Tuesday. The Kansas Supreme Court ruled in 2019 that the state constitution guaranteed the right to abortion and took the matter out of the legislator’s hands. The Republican state legislature’s only option to change that was to leave it to the voters.

While praising the Kansas outcome, Abrams also denounced Georgia Governor Brian Kemp for signing a bill last month for a six-week abortion ban in the state.

“If women want to have the opportunity to shape their lives economically and socially, we need to elect a governor who believes in women’s rights. I’m the only candidate in this race to do that,” Abrams said. “Brian Kemp has said he’s overjoyed with this bill, with this extreme ban, this deadly ban on women. And we know what we’ve seen in Kansas , here in the state of Georgia will be repeated if women show up.”

Abrams applauded the Kansas residents, who came in unexpectedly high numbers. This may be due to voter registration in the state skyrocketing 1000% after the Supreme Court overthrown Roe v. Wade in June.

“They wanted the right to liberty for women in that state,” Abrams said. “They refused to allow women to be relegated to second-class citizenship, and I’m proud of Kansas and I’m proud of America for taking the steps we must take to protect abortion care in the United States of America. “

All in with Chris Hayes broadcast on weeknights at 5 p.m. MSNBC.

Watch Former President Trump Get Cheated By TSWT For Endorsing ‘ERIC’ In Missouri Primary: ‘Is It Eric Cartman?’: