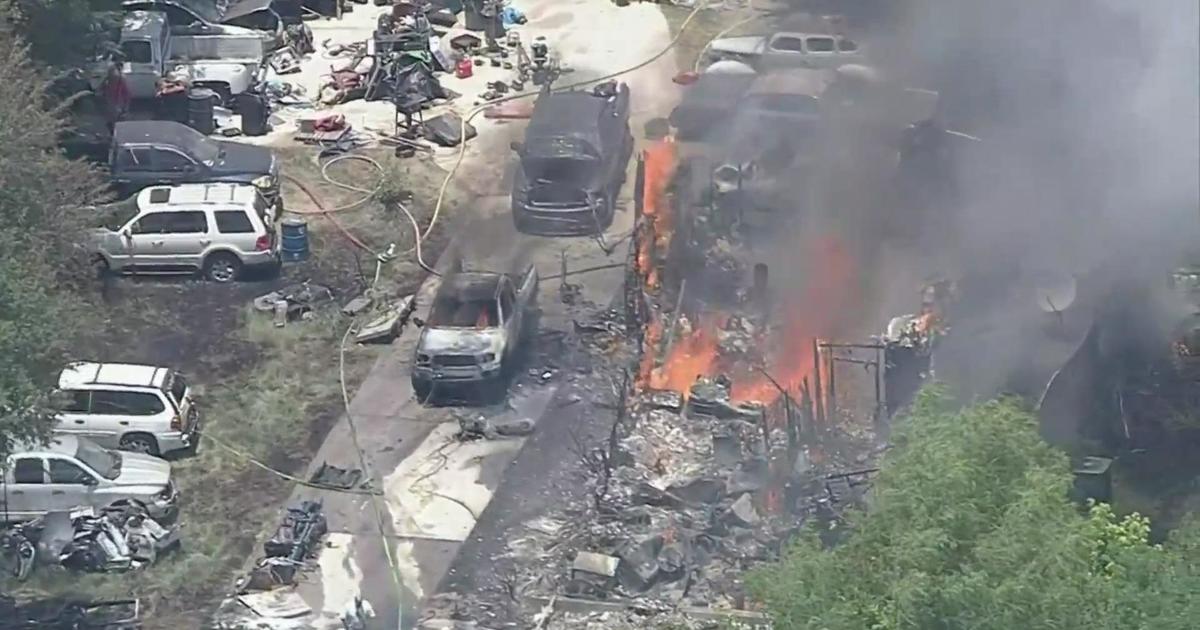 COUNTY OF TARRANT (TSWT) – A home near Eagle Mountain Lake caught fire today after an attempt by Tarrant County Sheriff’s deputies to serve a felony warrant turned into a standoff lasting several hours.

When law enforcement arrived, the suspect began firing his gun at them. The deputies took up defensive positions and began to negotiate with the suspect.

SWAT units were called to the scene and began using tactical measures to get the suspect out, but he continued to fire throughout the standoff.

At some point during the confrontation, the suspect dropped “incendiary devices” on the porch and started a fire.

An officer was injured in the fire, but his injuries were not considered life threatening.

The suspect has not been taken into custody and his condition is unknown.

The Tarrant County Sheriff’s Office said the scene was still active and advised the public to avoid the area at this time. The investigation is ongoing.