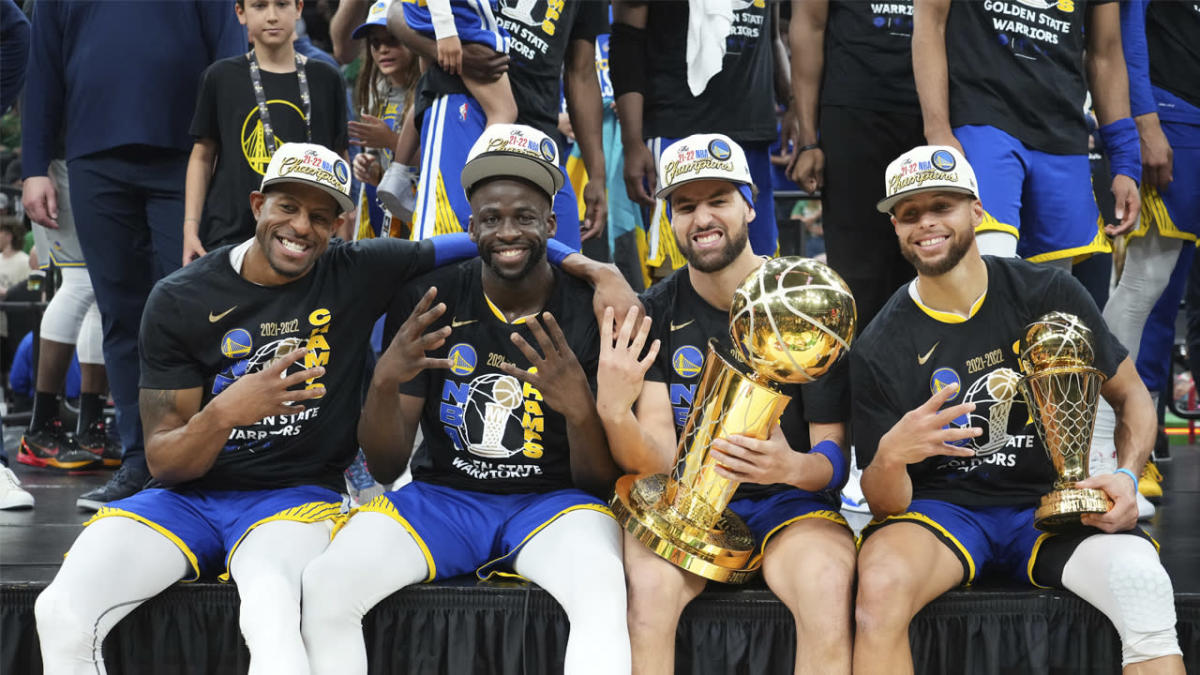 Before the Warriors won the NBA Finals for the fourth time in eight seasons, Steve Kerr wasn’t sure his team was capable of winning a championship.

That doubt was something he and general manager Bob Myers had discussed before the playoffs, Kerr told reporters Wednesday, and at the time he believed Golden State would make the Western Conference Finals at best.

But once the Warriors regained their health and entered the playoffs with Steph Curry, Klay Thompson and Draymond Green on the court together again, he recalled the moment he really started to believe in their chances. to win another ring.

And it all started with an experienced playoff veteran who knew exactly what it would take.

“…One of the big things that happened in the playoffs was Andre [Iguodala] gave a little lecture to the team that sometimes to win a championship you have to improve from round to round, depending on your team,” Kerr said. “He said: ‘I think that’s the type of team that’s going to have to do this, and we’re going to have to improve every round, but we can do it since we have almost everyone healthy. “”

Iguodala wasn’t healthy, Kerr noted, but he knew what the group around him was capable of when playing at full strength. The 38-year-old’s limited minutes in the playoffs and during the regular season have seen him play more of a coaching role than ever this year, and he could often be seen emphatically coaching his teammates when he wasn’t. not in the field. floor.

See also  PGA Betting: Head-to-Head and First-Round Leader Betting for the US Open

“Andre became prophetic, and I think as we went on, I think Bob and I kind of changed our minds – like we just keep getting better, and it’s like, wait Hold on, maybe we have a chance,” Kerr said. Wednesday. “I think that’s what made this one so sweet, it was in a lot of ways unexpected. I know there’s been a lot of internal talk this past year about, hey, the year next when our young guys have a year under their belt and we get Klay for a full – next year is our race.

“So to do this race and pull it off this year was a bit unexpected, but all the more enjoyable.”

The Warriors used their roster flexibility to do exactly what Iguodala said, improving as each playoff went by with a next-man-to-series mentality. They picked themselves up amid falls and injuries and assumed their individual roles in Kerr’s various formations, with each opponent requiring a different playing strategy.

RELATED: Why Warriors Should Offer Iguodala ‘Most Honored’ Status

“That’s one of the most rewarding things about this championship, it was how selfless everyone was and everyone was into it, and you could feel the magic starting to happen as we went more away and we could close the deal,” Kerr said.

Looking back, Kerr reflected on when that magic started and how important Iguodala’s message was to achieving their sweetest championship yet.

“…Andre was just a very big part of that with his guidance and his leadership and his wisdom, and that was — I thought that was a great moment for the team,” Kerr said.