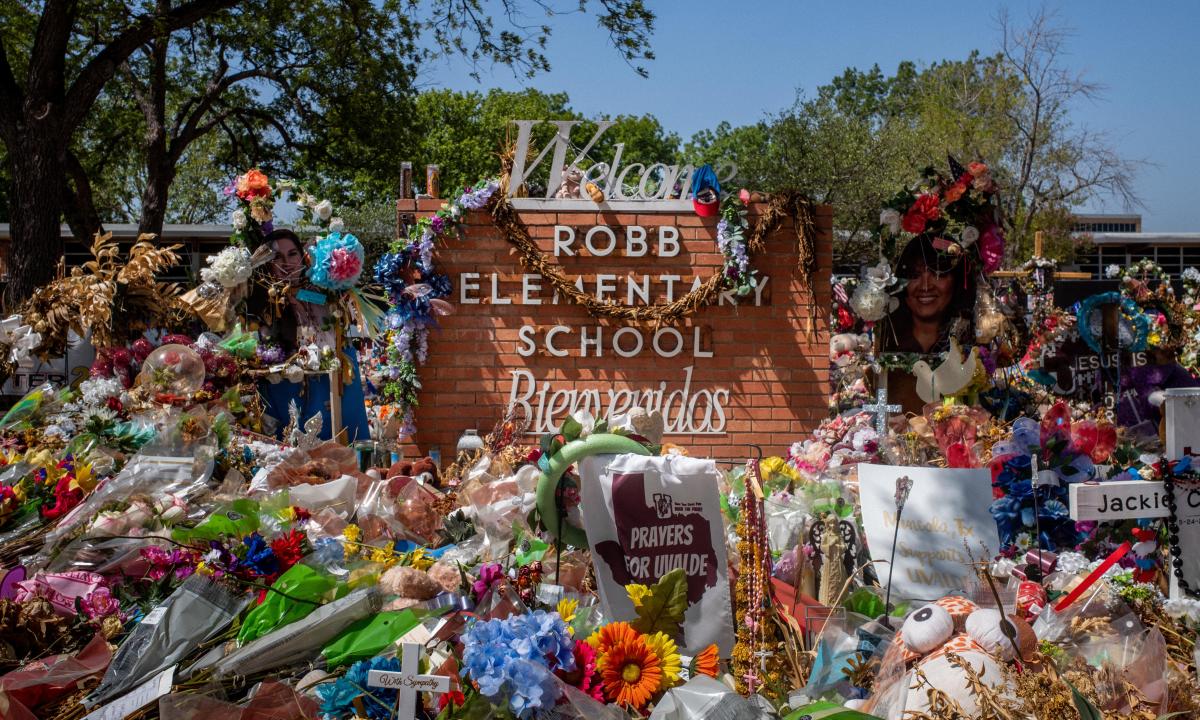 The Texas elementary school where a gunman killed 19 children and two adults will be demolished, according to the local mayor.

Don McLaughlin told a council meeting in Uvalde on Tuesday that he “understood” Robb Primary School would be razed and a new school built for its nearly 600 pupils after the May tragedy.

“My understanding – and I had this discussion with the [school district] superintendent – ​​the school will be demolished. You can never ask a child to return or a teacher to return to that school,” McLaughlin said.

McLaughlin did not say when the demolition might take place.

The school in Sandy Hook, Connecticut, where 26 people were killed in a shooting in 2012, was demolished and a new school was built on the site.

The mayor’s comments came amid growing public anger over the police response to the May 25 shooting and the way heavily armed officers waited 70 minutes after arriving at the school before taking stormed the classroom where the shooter was holding out.

Speaking at a state hearing investigating the incident, Texas Public Safety Chief Steve McCraw called the police response ‘an abject and contrary failure’ on how to respond to such crises.

McCraw said local police chief Pedro “Pete” Arredondo, who was the on-scene commander, prevented other officers from arresting the intruder earlier and potentially limiting the carnage.

A lawyer for Arredondo did not immediately respond to a request for comment.

McLaughlin pushed back on some testimony from McCraw on Tuesday. The mayor said officers from McCraw’s agency were also on the scene and the public safety chief was covering for them.

Meanwhile, Texas State Senator Roland Gutierrez sued McCraw’s department on Wednesday in hopes of forcing the agency to release documents detailing details of law enforcement’s response to Robb. on the day 21 were killed and 17 others were injured there.

Gutierrez said his lawsuit was intended to short-circuit “disinformation and outright lies” from officials whose public statements about the Robb massacre have evolved over time.

“The State of Texas has let down 21 Texans, their families and countless others affected by the tragedy,” Gutierrez said. “We must no longer deceive these families with cover-ups and misinformation.”

The outpouring of angst over the Uvalde massacre, along with outrage over the racially motivated shooting deaths of 10 black people in Buffalo, New York 10 days earlier, led to a new push for a kind of federal gun control legislation.

On Tuesday, U.S. senators announced agreement on a gun violence bill that would toughen background checks for younger gun buyers, force more sellers to complete background checks and toughen penalties for gun traffickers. It would also disburse money to states and communities to improve school safety and mental health initiatives.