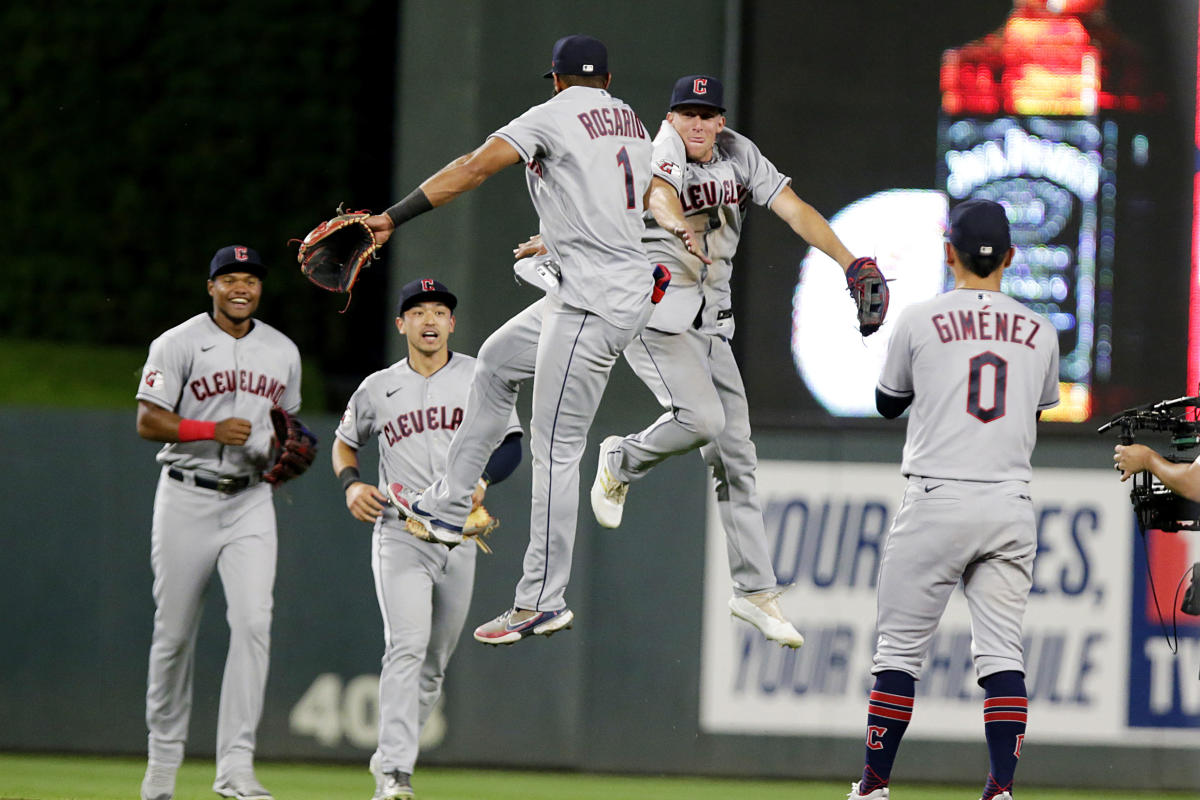 MINNEAPOLIS (TSWT) — Oscar Gonzalez tied the game with a two-run single and scored on Owen Miller’s sacrificial volley as the Cleveland Guardians rallied for four runs in the ninth inning to stun the Minnesota Twins 11 -10 Wednesday night.

Gonzalez homered early and finished with four RBIs for the surging Guardians, who won the first two of a three-game series to take a one-game lead over Minnesota at the top of the AL Central. The teams will also meet five times in four days next week in Cleveland.

Carlos Correa hit two homers for the Twins, who have lost four of five and are 8-11 in June. Max Kepler and Gio Urshela also went far for Minnesota.

Sam Hentges (1-0) threw a scoreless eighth and Emmanuel Clase got his 17th save with a 1-2-3 ninth for Cleveland, which has won 11 of 13 and is 17-4 since May 30. The young Guardians also won their seventh consecutive series.

Clase made six saves as the Guardians started 7-1 on their nine-game road trip.

“I think we’re a special team,” shortstop Amed Rosario said through an interpreter.

With the Guardians down three, Rosario and José Ramírez singled to start the ninth before an RBI brace from Josh Naylor against Emilio Pagan made it 10-8.

Francona said if it had been Byron Buxton in center field, and not Gilberto Celestino, the ball probably would have been caught.

Gonzalez hit a two-run single against Griffin Jax and reached second in the pitch. Gonzalez moved up to third on the sacrifice of Andrés Giménez before Miller blasted a ball to left center with plenty of distance as Cleveland completed their thrilling final comeback.

Jax (4-2) took the loss for the second straight night.

Rosario tied a season high with four hits. Gonzalez hit a two-run homer to give the Guardians a 7-6 lead in the seventh.

Urshela, who was twice in the cycle, hit a three-run homer as part of a four-run seventh for a 10-7 Minnesota lead. All runs scored with two outs.

“There is nobody in our clubhouse who is not (checked) right now,” Baldelli said. “We should be a bit (ticked) based on how we’ve been playing over the last two days and just failing to get the job done.”

Spotted with a 5-1 lead, Twins starter Sonny Gray gave up a home run to Austin Hedges to start the fifth. Three straight singles – with Gray late to cover the first on the last – coupled with a Nick Gordon error down the middle ended Gray’s outing. A refusal from Caleb Thielbar tackled a run to bring the Guardians to 5-4.

Making his second start after missing 16 games with a right pectoral strain, Gray allowed season-highs with four earned runs on eight hits over four innings. He had allowed nine hits and one earned run in 18 innings in his previous three starts.

His first-inning home run landed in the second deck of left field, and his third-inning shot was immediately down the center for a 3-1 lead.

Tied for his shortest start of the season, McKenzie allowed nine hits and six earned runs in 4 1/3 innings.

Goalkeepers: DH Franmil Reyes, who returned on Tuesday after missing 23 games with right hamstring strain, did not play. He should be in Thursday’s lineup.

Twins: RHP Bailey Ober (right groin strain) said his last four or five days of catching have gone well and he hopes to clear a mound later this week. … 1B Miguel Sanó, out since surgery in early May to repair a torn meniscus in his left knee, has moved up his running progression, started hitting and is expected to practice live batting next week. … RHP Randy Dobnak (right middle finger strain) recently threw a bullpen 15 fastballs only about 75 percent and played 120 feet.

The starters for Thursday afternoon’s series finale are expected to be RHP Zach Plesac (2-4, 4.41 ERA) for Cleveland and LHP Devin Smeltzer (3-1, 3.52) for Minnesota.