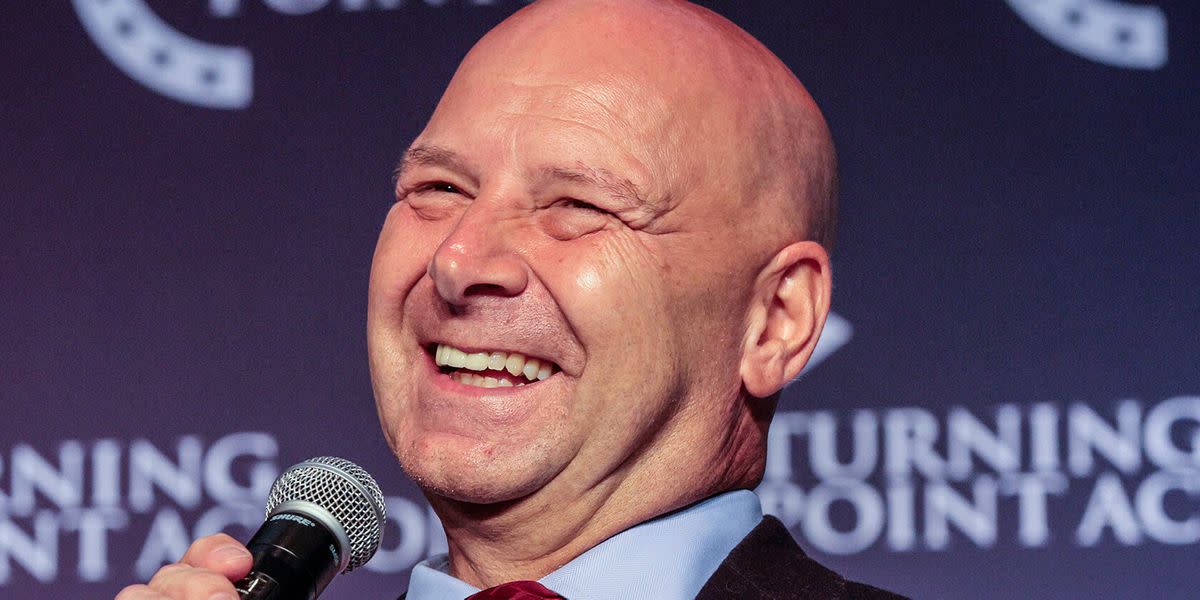 A recently published photo of Doug Mastriano, a far-right conspiracy theorist and governor of Pennsylvania, backed by former President Donald Trump, shows him in a Confederate uniform at the US Army College in 2017.

In the photo, obtained by Reuters, Mastriano is on the far left of a faculty group photo, dressed in uniform and regalia.

People with knowledge of the photo told Reuters that faculty members had the choice of dressing as a historical figure and that Mastriano was the only one to wear the Confederate attire.

Below is a copy of the photo.

The release of the photo comes as his Democratic opponent, Josh Shapiro, holds an 11% lead in a poll against Mastriano to replace Democratic Gov Tom Wolf, WHTM-TV reported.

The state general election is on November 8.

The photo shows other faculties dressed in costumes, including a man wearing a pilot helmet.

Military officials announced a de facto ban on the Confederate flag, a symbol beloved by white supremacists, in 2020 after George Floyd’s death.

“The military supports commanders who remove symbols or images that are not in line with the values ​​of the military,” a US military spokesman said.

Reuters noted that it’s unclear how Pennsylvania voters will feel about the photo. More than 33,000 Pennsylvania Union soldiers died in the Civil War.

Mastriano is no stranger to controversy, participating in Trump’s efforts to undo the results of the 2020 presidential election.

The candidate also appeared on a radio show Thursday, saying it is “disgusting” that states are seeking to ban the scientifically discredited practice of “conversion therapy,” which aims to change one’s sexual orientation.

This article originally appeared on The Switzerland Times and has been updated.