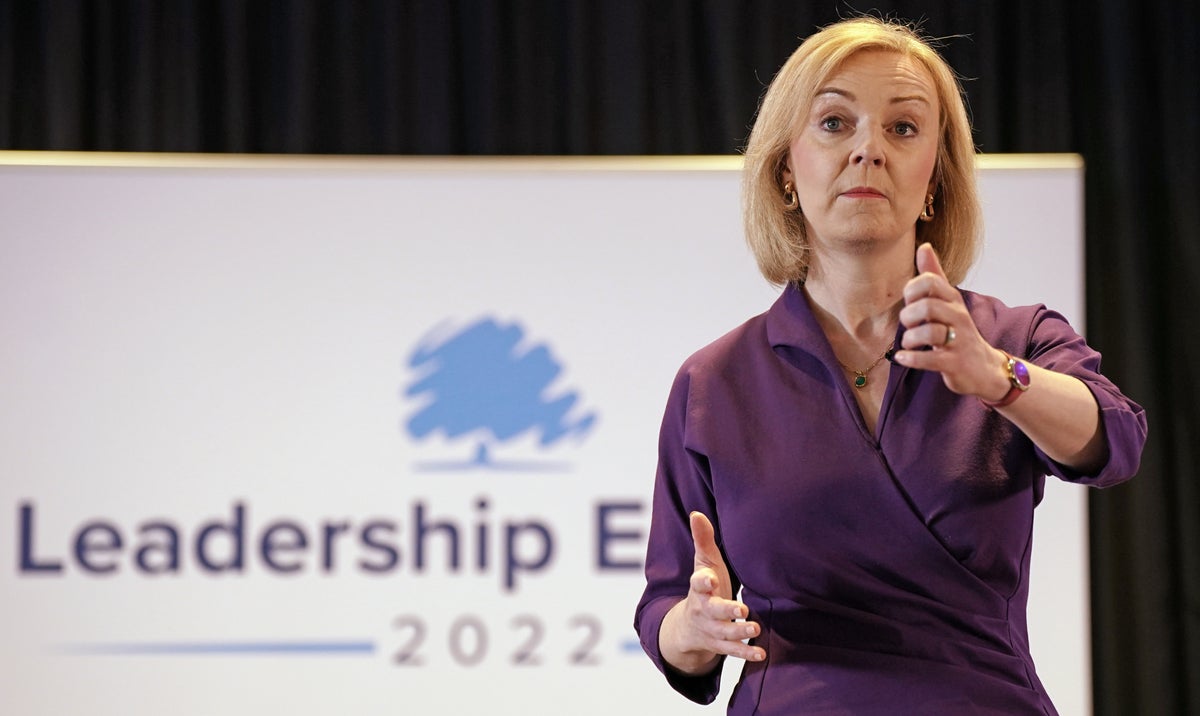 iz Truss has vowed to bolster Britain’s defenses if she becomes prime minister, including by continuing to revamp Trident, as she warned that “the era of complacency is over”.

The foreign minister, the frontrunner in the race for No. 10, has already pledged to increase defense spending to 3% of GDP by 2030 – a promise her rival Rishi Sunak has refused to match because he says he doesn’t believe in “random targets” when it comes to security.

The Truss campaign has now set out its plan to “protect the UK”, including a “complete overhaul” of its nuclear deterrent, an update to the government’s Integrated Review and increased support for intelligence agencies.

Ms Truss said her “number one priority” as prime minister would be to keep the nation safe.

The era of complacency is over. We live in an increasingly dangerous world

“We thought peace and stability were inevitable, but they are not,” she said.

“The era of complacency is over. We live in an increasingly dangerous world and our security is more threatened than it has been in decades.

“We need to make sure Britain has the deterrents it needs to lead global efforts to deal with aggression from, say, Russia and other authoritarian regimes.”

The Foreign Secretary would pass the renewal of Britain’s nuclear deterrent, which is “the ultimate guarantee of our sovereignty,” her campaign said.

She would also update the Integrated Review of Defense and Foreign Policy to “reflect the evolving geopolitical landscape and increased malicious activity we’ve seen since it was first published in 2021”.

Ms Truss said the country must grow into a “generation-defining moment for freedom, security and liberty”.

She added: “We just can’t let attackers think they will go unchallenged.”

Mr Sunak has said he views NATO’s defense spending target of 2% of GDP as a “lower bound and not a ceiling” and noted that spending “will increase to 2” over time. .5%, but have refused to set “arbitrary” goals .

At the penultimate leadership meetings in Norwich on Thursday, he said: “If Liz is here, as she probably said in her speech, she will invest 3% of GDP.

“Now I’m not going to say that, not because I don’t believe in investing in our armed forces, of course I do, and my track record shows it.

“I just don’t believe in arbitrary targets when it comes to something as serious as the security of our empire.”