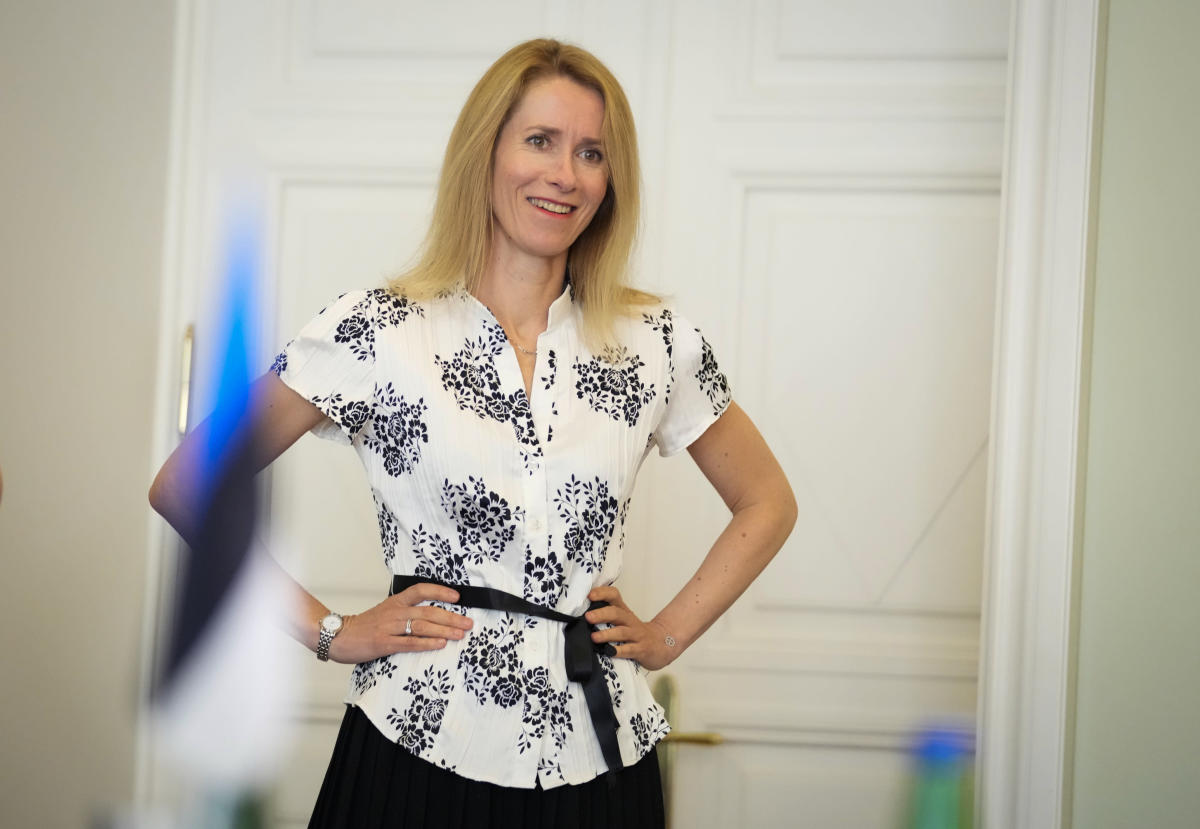 TALLINN, Estonia (TSWT) — Estonian Prime Minister Kaja Kallas told The The Switzerland Times that the West should not underestimate Russia’s military capabilities in Ukraine, saying Moscow was there for the long haul as the war is entering its fifth month.

Kallas said in an interview on Wednesday that Europe should ensure that those who commit war crimes and attempted genocide are prosecuted, noting that Russian President Vladimir Putin escaped sanctions for annexing the Crimean peninsula in 2014 and supported an insurgency in the Donbass region of eastern Ukraine that killed more than 14,000 people. even before the start of the war this year.

“I heard that, you know, there’s no longer a threat because they’ve worn themselves out. No, they didn’t,” she said of the Russian army, which failed to take Kyiv at the start of the war and is now concentrating its firepower in the east. .

“They still have a lot of troops that can come (to fight) – They don’t count the lives they lose. They don’t count the artillery they lose there. So I don’t think we should under- estimate longer term to maintain that,” Kallas said, despite low morale and corruption plaguing forces in Moscow.

Kallas hailed the unity Europe has shown in punishing Russia for the invasion that began on February 24, although she said it was clear from the start that there would be “more and more difficult over time” to stay together.

“First we applied the sanctions which were relatively easy. Now we move on to much more difficult sanctions. But so far we have managed to achieve unity, even if we have different opinions,” said she said in an interview at Stenbock House, a government building where she has her office and holds Cabinet meetings.

“It is normal for democracy. We debate, we discuss, then we find the solution. So far, it has been a negative surprise for Putin that we are still united,” Kallas said.

Some countries “were very skeptical two months ago”, Kallas said, but now there are “different signals from different member states…that they are on board”.

Estonia, which shares a 294 kilometer (about 180 mile) border with Russia, has taken a tough stance against Russia’s invasion of Ukraine. Kallas criticized other European leaders for talking to Putin and argued for Moscow’s complete isolation, leaving the decision to end the war to Ukraine.

As the war drags on, some Westerners have suggested reaching a negotiated peace deal with Russia – even if that means Ukraine ceding territory. Kallas warned against this.

In her comments to the TSWT, she pointed out that this is exactly what happened after Moscow annexed Crimea, backed separatists in industrial Donbass and seized territory from the former Soviet republic of Georgia.

“For us it is important not to repeat this mistake as we did in Crimea, Donbass, Georgia,” she said. “We have already made the same mistake three times by saying that, you know, negotiations, negotiated peace is the goal. … The only thing Putin hears from this is that “I can do it because no punishment will follow”.

“And every time, every next time will be with more human suffering than the last,” she added.

In Ukraine, those who commit war crimes and “commit or attempt to commit genocide” must be prosecuted.

Sanctions against Russia will take effect over time, she said, and all it takes is “strategic patience”.

Kallas defended criticism that the sanctions seem to hurt ordinary Russians while not deterring Putin so far.

“And I still think that, you know, the effects should also be felt by the Russian population, because if you look, the support for Putin is very high,” she said.

Kallas added that Russian soldiers brag about the war crimes they commit “against their wives and mothers. And if wives and mothers say, ‘That’s good what you’re doing there’…I mean, that’s also the war that Russia and the Russian people are waging in Ukraine,” he said. she declared.