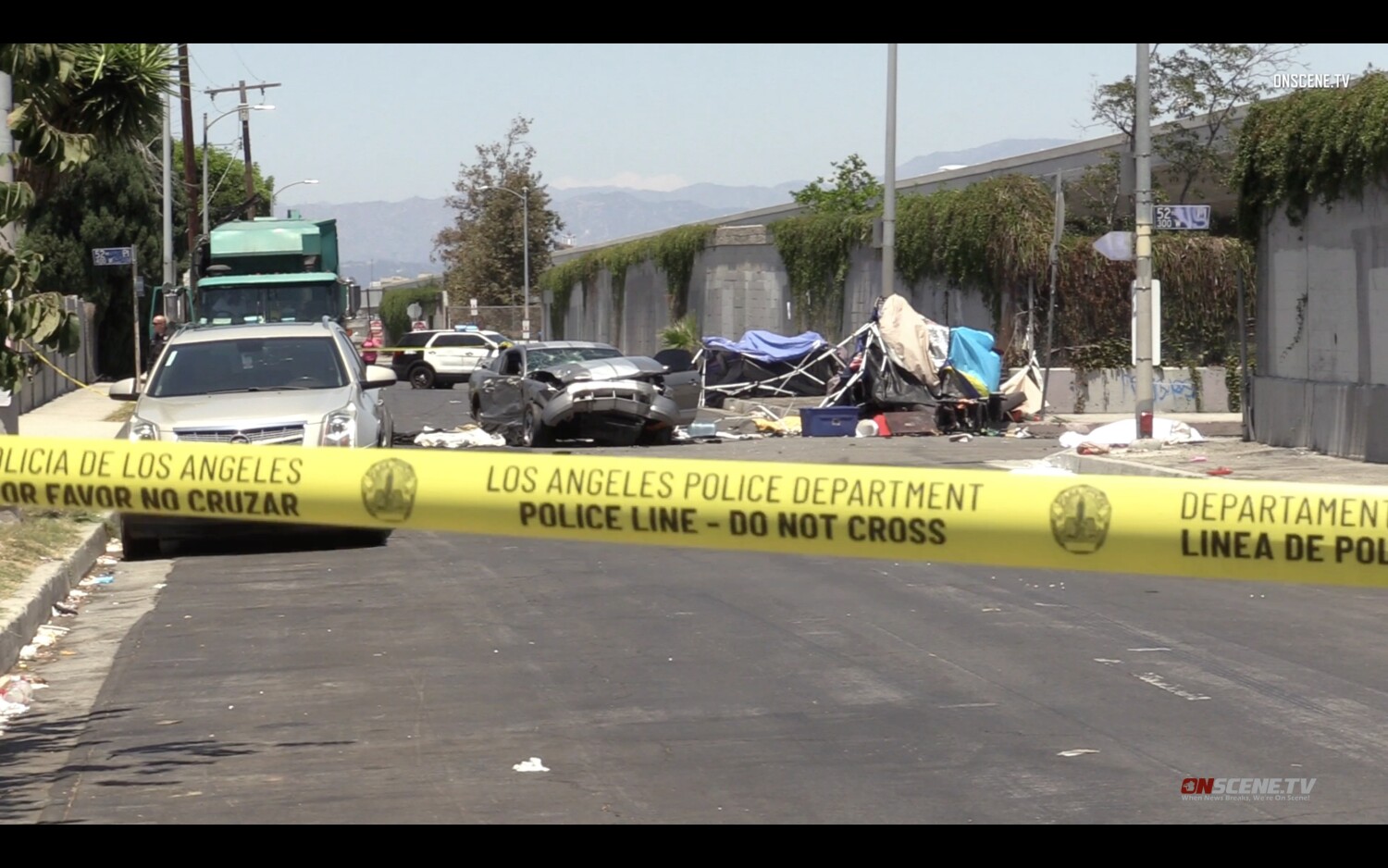 A man and woman who died when a driver on the run from Los Angeles police crashed into an apparent street encampment Tuesday, authorities said were not housed.

The Los Angeles County Department of Medical Examiner-Coroner on Wednesday identified the victims as Alberto Leal, 44, and Lashonda Davis, 43.

Records listed Leal and Davis as homeless, said Sarah Ardalani, a spokesperson for the department.

Before the crash, officers had responded to a report of domestic violence on the 4800 block of Figueroa Street around 11:30 a.m. Tuesday, said Tony Im, a spokesman for the Los Angeles Police Department. They found no evidence of domestic violence and left, but were recalled to the same location around 12:40 PM

The suspect, described only as a man, fled in his vehicle, Im said, adding that officers searched the area but did not pursue the driver.

Police found the suspect’s vehicle, which had crashed into the victims on West 52nd Place and South Flower Street, he said.

Video from the OnScene.TV crash site showed a sedan with severe damage to the front and windshield, sitting next to what appeared to be a street encampment with a destroyed awning, and two bodies covered by white sheets nearby.

Jon Bernthal returns as ‘The Punisher’ in the MCU, Rosario Dawson reveals