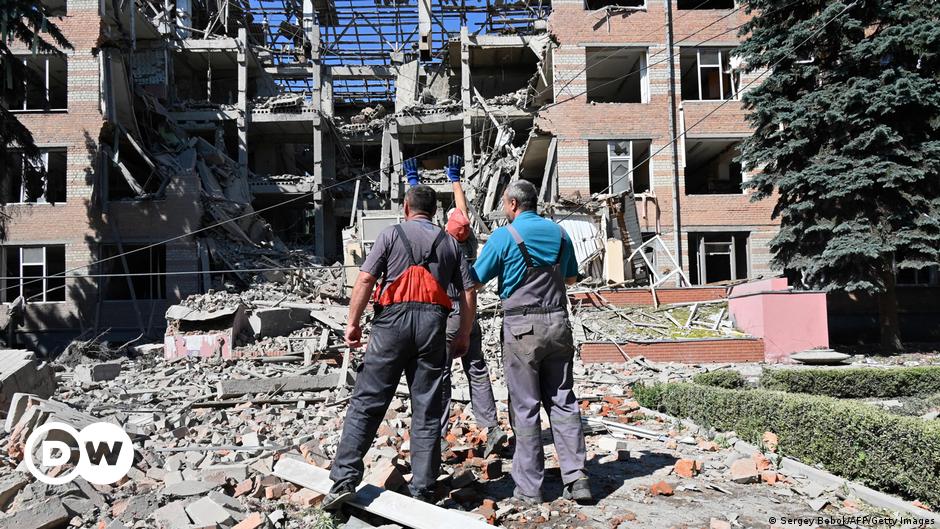 This article was last updated at 00:06 UTC/GMT

Russia has launched new rocket attacks on the Ukrainian city of Kharkiv in recent days, signaling a possible change in tactics from Moscow.

Ukraine said at least 20 people were killed Tuesday and Wednesday in the country’s second-largest city near the Russian border.

Ukrainian presidential adviser Oleksiy Arestovych said in a video address that the aim of the strikes was to “terrorize the population” of the city. He also claimed the attacks were an attempt by Russia to divert Ukrainian troops from the key Donbass region.

“The idea is to create a big problem to distract us and force us to divert troops,” Arestovych said. “I think there will be an escalation.”

Leaders attending upcoming G7 and NATO summits in Europe will discuss new proposals to pressure Russia amid its ongoing assault on Ukraine.

“We will roll out a concrete set of proposals to increase pressure on Russia,” a senior US official told reporters.

US President Joe Biden will take part in the G7 summit in the German region of Bavaria this weekend, alongside leaders from the UK, Canada, France, Germany, Italy and Japan.

Biden will later attend a NATO summit in Madrid on the next leg of his European tour.

Ukrainian President Volodymyr Zelenskyy has held talks with 11 European leaders ahead of a key decision on granting the country EU candidate status.

Zelenskyy said he spoke with the leaders of Belgium, Austria, Greece and the Czech Republic, among others. He also spoke with President Maia Sandu of Moldova, another Eastern European nation aspiring to candidate status.

“Tomorrow I will continue this marathon – we must give maximum support to our state,” Zelenskyy said. “We expect a key European decision tomorrow evening.”

What happened in Russia’s war in Ukraine on Wednesday

During a speech in the Bundestag, the lower house of Germany’s parliament, German Chancellor Olaf Scholz said Ukraine needed massive help to rebuild, calling it “a task for generations”. He also said NATO allies could count on Berlin.

At the same time, Scholz said it would be “reckless” for NATO to pull out of a 1997 deal that boosts cooperation between the alliance and Russia. The German leader said such a move would fuel Kremlin narratives.

Meanwhile, Ukraine’s ambassador to Berlin, Andriy Melnyk, regretted calling Scholz the equivalent of a “snowflake” in May. The Ukrainian envoy said he would personally apologize to Scholz.

Tech giant Microsoft said Russian state-sponsored hackers had launched attacks against 42 countries outside Ukraine since the invasion began on February 24.

Russian President Vladimir Putin has said Moscow is redirecting its exports to BRICS countries amid Western sanctions. The BRICS include Brazil, India, China and South Africa.

Luhansk regional governor Serhiy Haidai said the situation in the eastern Ukrainian city of Sievierodonetsk was “hell” amid weeks of heavy Russian attacks.

Ukrainian President Volodymyr Zelenskyy has called for more sanctions against Moscow amid entrenched fighting in Donbass.

According to Reporters Without Borders (RSF), a Ukrainian journalist and a soldier accompanying him were “coldly executed” by Russian forces near Kyiv in March.

Find all the news about the war in Ukraine by clicking here.