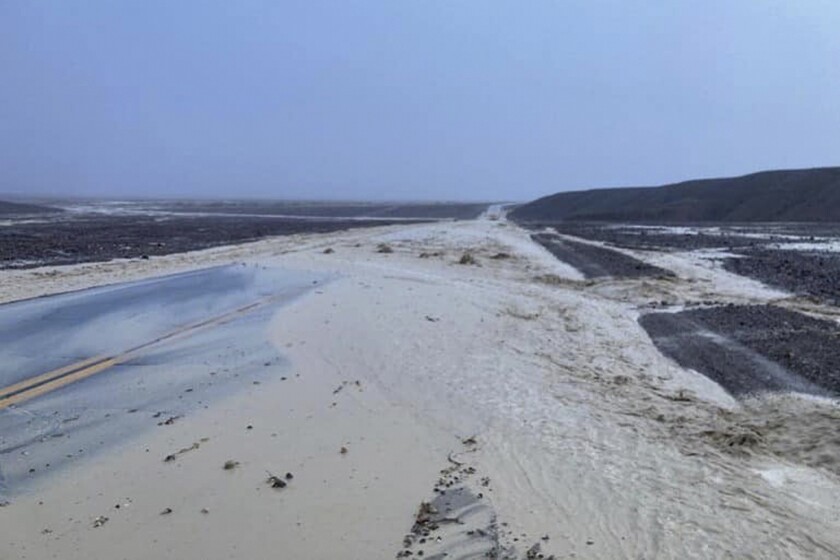 Death Valley National Park, famous for its parched, otherworldly landscapes, will be completely closed Friday due to historic rainfall and flash flooding. About 500 visitors and 500 staff were trapped in the park after the closures with no serious injuries reported, although about 60 vehicles were damaged.

The park experienced “unprecedented amounts of rain” of 1.46 inches measured at Furnace Creek, causing significant flooding. Total rainfall is in line with the previous daily record of 1.47 inches.

No additional rainfall is expected on Friday, but the incident marks the second flash flooding has been observed in the park this week. On Monday, floods hit many roads and a Facebook post from the park showed a vehicle covered in dirt and gravel up to its headlights.

“The floodwater pushed dumpsters into parked cars, causing cars to collide,” the park said in a statement. “In addition, many facilities are under water, including hotel rooms and corporate offices.”

See also  Peak car is only 14 years away - report

Park officials noted that most of the damaged vehicles were in a parking lot.

As of Friday evening, most visitors stayed in the developed part of the park, and even a few managed to get out of the park as crews managed to create makeshift roads by moving piles of gravel.

“All roads to and from the park are currently closed and will remain closed until park personnel can assess the extent of the situation,” the park said in its statement.

The reopening of some roads is expected to take about six hours from Friday morning. However, from 6 p.m., all roads were closed and it was unclear when they would reopen.

The last time a closure of this magnitude occurred in Death Valley was in August 2004, when a downpour caused flash flooding, said Abby Wines, Death Valley’s spokesperson. Rainfall totals for that incident are unknown.