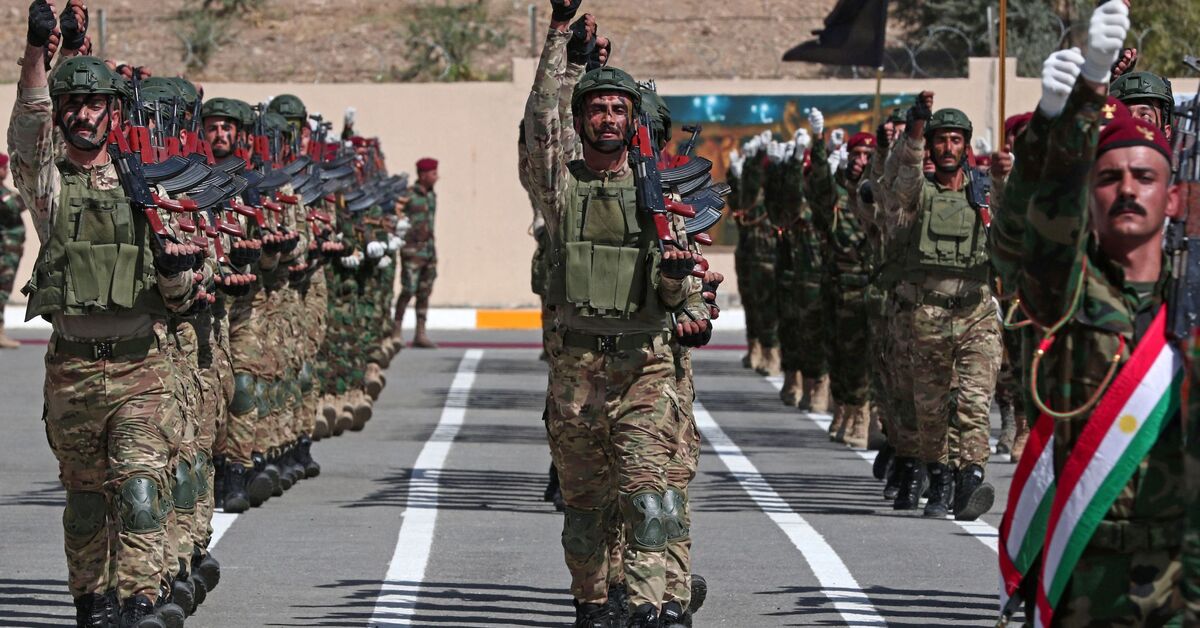 The United States on Wednesday renewed its agreement with the Iraqi Kurdistan Regional Government (KRG) to continue providing security support in the wake of the war against Islamic State (IS).

Celeste Wallander, the Pentagon’s top official for international security affairs, and Shoresh Ismail Abdullah, the Kurdish region’s minister of Peshmerga affairs, signed a four-year extension to the original 2016 memorandum at a ceremony in Erbil.

The memorandum, which has not been made public, codifies specific guidelines for promoting institutional reform within Kurdish peshmerga forces, as well as steps for Erbil to continue bringing partisan peshmerga units under his unified command, US and Iraqi said. Kurdish officials against Al-Monitor.

The signing shows the “commitment of the United States to support the contributions of the peshmerga forces to the defeat of ISIS operations as part of the Iraqi security forces,” according to a joint statement.

The updated agreement “details progress made on critical institutional reforms and the Peshmerga Affairs Ministry’s commitment to implement additional reforms to promote the professionalization of its troops,” the statement read.

Why it matters: With IS territorially defeated, the Pentagon is looking to prepare Iraqi security forces for long-term self-sufficiency so that the jihadist group cannot return.

US officials view stability in the Iraqi region of Kurdistan as key to that goal, but budget deficits and lingering divisions between Baghdad and Erbil mean the US-led coalition two years after the United States reduced its military footprint and shifted to an advisory command role in Iraq.

The separation between Baghdad’s troops and the Kurdish peshmerga has also left room for surviving IS networks to continue hiding in rural areas under discussion between the two governments.

The Ministry of Peshmerga and Iraq’s Joint Operations Command began joint missions against IS cells along the coordination line last year, but the inability of Baghdad politicians to form a government has prompted plans to launch joint peshmerga-ISF brigades. set up delayed.

Significant divisions also remain within the armed forces of the Kurdish region. The vast majority of peshmerga units are affiliated with one of the two dominant political parties, the Kurdish Democratic Party (KDP) or the Patriotic Union of Kurdistan (PUK).

Washington has tried to discourage factionalism by funding and equipping only impartial peshmerga units under the ministry’s command in Erbil.

The ultimate goal remains complete unification. The ministry has made steady progress in recent months with the integration of KDP and PUK units, but much remains to be done.

The US-led coalition reported earlier this year that the ministry’s impartial Regional Guard Brigades (RGBs) numbered some 47,500 peshmerga members, while 40,000 to 45,000 remain affiliated with the KDP and 63,000 to 68,000 with the PUK.

“A lot of work has been done under MAG North on the regional surveillance brigades, ending the partisan peshmerga brigades, bringing them under the Ministry of Peshmerga and taking certain reform steps,” said Dana Stroul, the senior policy official for the Middle East. East of the Pentagon, Al-Monitor said.

“We have agreed on certain steps within the reform agenda in a way that is both sustainable and offers steps that address congressional concerns,” Stroul said. “We will fund and support regional brigades to make the peshmerga an even more credible force.”

The United States, along with the UK, the Netherlands, Germany and France, have also urged the Ministry of Peshmerga for internal reforms, including pension packages for officers and the way salaries are distributed. Several Regional Guard Brigades switched from cash to electronic payments this year in an effort to eliminate scams, a Pentagon inspector general report noted in April.

“This memorandum was undoubtedly signed because of progress in reforms,” ​​US Army Colonel Myles Caggins III, a former spokesman for the US-led coalition, told Al-Monitor.

“The updated MOU codifies the need for continued progress in these areas and DoD’s support for them,” Ventura wrote, noting that the agreement “does not impose new security obligations on the United States.”

What’s next: The ministry’s deputy director-general, Colonel Farman Farhad, said last month that 20 peshmerga brigades had been brought under his command so far, with the remaining partisan units expected to be absorbed by the end of 2023.

That timeline is more optimistic than US officials expect, as evidenced by yesterday’s four-year agreement.

In a report to the Pentagon’s inspector general in June, the US Central Command ruled that the Regional Guard Brigades “will likely continue to be somewhat influenced by partisan loyalties and political ties,” despite formal ties to the Peshmerga Department.

CENTCOM called it “unlikely” that the Kurdish security forces “will fully unite as an impartial force due to long-standing distrust and unwillingness to relinquish control of partisan security forces.”

Knowing more: Baghdad’s inability to bring various Iraqi forces under its control has led to a tacit alliance between Kurdish PKK militants and a mysterious Iran-backed militia calling itself Ahrar Sinjar.