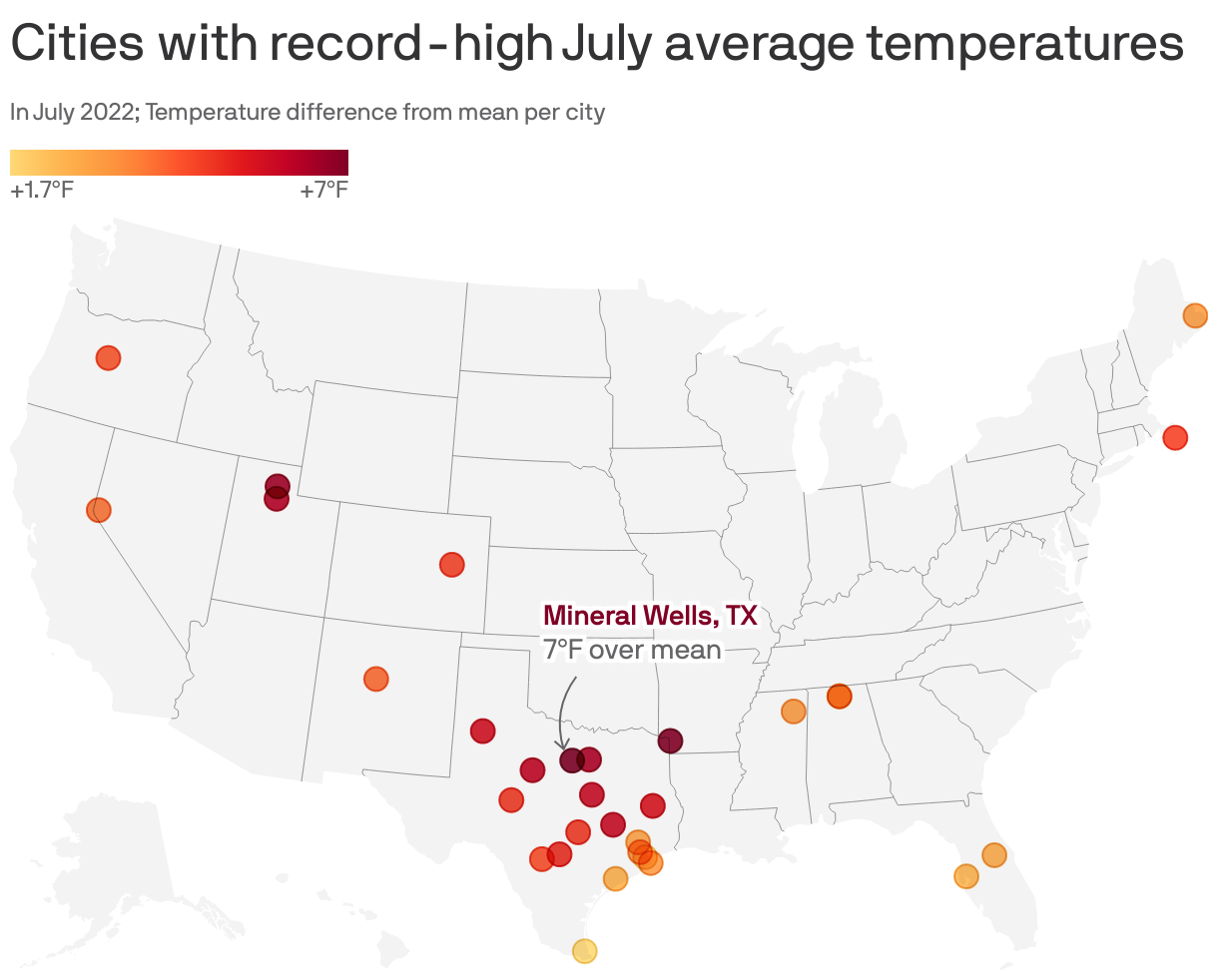 New data shows that according to data from the National Oceanic and Atmospheric Administration (NOAA) through the Southeast Regional Climate Center, at least 43 locations in the US have experienced or are right on their warmest July ever.

Send the news: The record-breaking temperatures were concentrated in Texas, Tennessee, Alabama, Mississippi, North and South Carolina, and Oregon.

By the numbers: Also in July, at least 79 places recorded their warmest average nighttime lows for the month, including nine matching their records, while 38 locations had their highest average highs.

The prolonged heat in Texas, is notable because it overlaps with a widespread, severe drought. Overall, 60% of the state is in the most severe two categories of drought.

The Intrigue: 11.4% of the 996 stations in the dataset registered their first, second or third hottest July ever.

Why it matters: In an average year, extreme heat is the leading weather-related killer in the U.S., according to the Centers for Disease Control and Prevention and the National Weather Service.

A heat wave that recently hit the Pacific Northwest has killed at least seven people so far.

The big picture: Parts of the US were engulfed in a heat wave last month that broke hundreds of daily and monthly weather records and put more than 100 million Americans under heat warnings and advisories for several days.

The numerous nighttime temperature records broken last month fits in with a trend caused by climate change: that nights warm up faster on average than days.

Go deeper: We didn’t build for this climate