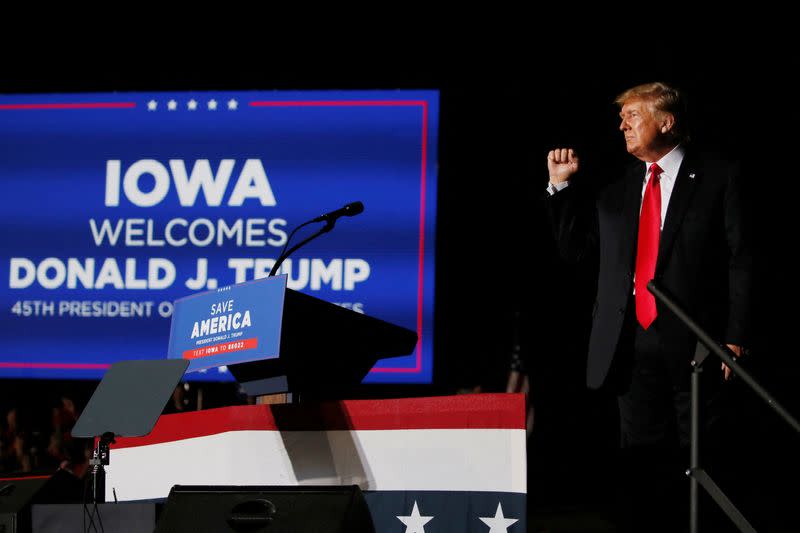 WASHINGTON (Reuters) – A U.S. judge said on Saturday her “tentative intent” was to grant former President Donald Trump’s request to appoint a special master to oversee a review of materials released on 8. August at his Florida home were seized during an FBI raid.

U.S. District Judge Aileen M. Cannon, who was nominated by Trump in 2020, also ordered the Justice Department on Saturday to file more details under seal “indicating all property seized pursuant to the search warrant.”

Trump had also demanded on August 22 from the Department of Justice to provide him with more detailed proof of ownership of the items the FBI seized from his Mar-a-Lago home during the August 8 search, and he asked investigators to return any items beyond the scope of the investigation. the search warrant.

Cannon gave the administration until Tuesday to respond to Trump’s request to arrange a special master and a hearing for Thursday. Her order stated that she had not yet made a final decision on Trump’s request.

In highly sensitive cases, a special captain can sometimes be appointed to review seized material and ensure investigators do not review privileged information.

The Justice Department announced Friday that it was investigating Trump for removing White House records because it believed he was in illegal possession of documents, including some related to intelligence gathering and clandestine human sources — a of America’s most closely kept secrets.

In the affidavit, an unidentified FBI agent said the agency reviewed and identified 184 documents “with classification marks” containing “national defense information” after Trump returned 15 boxes of government documents in January that had been sought by the US National Archives. .

The search was part of a federal investigation into whether Trump illegally removed and kept documents when he left office in January 2021 after losing the 2020 election to President Joe Biden and whether Trump was trying to obstruct the investigation.

Trump, a Republican considering running for president again in 2024, has described the court-approved search of the Mar-a-Lago estate in Palm Beach as politically motivated and described it again Friday as a “burglary.”