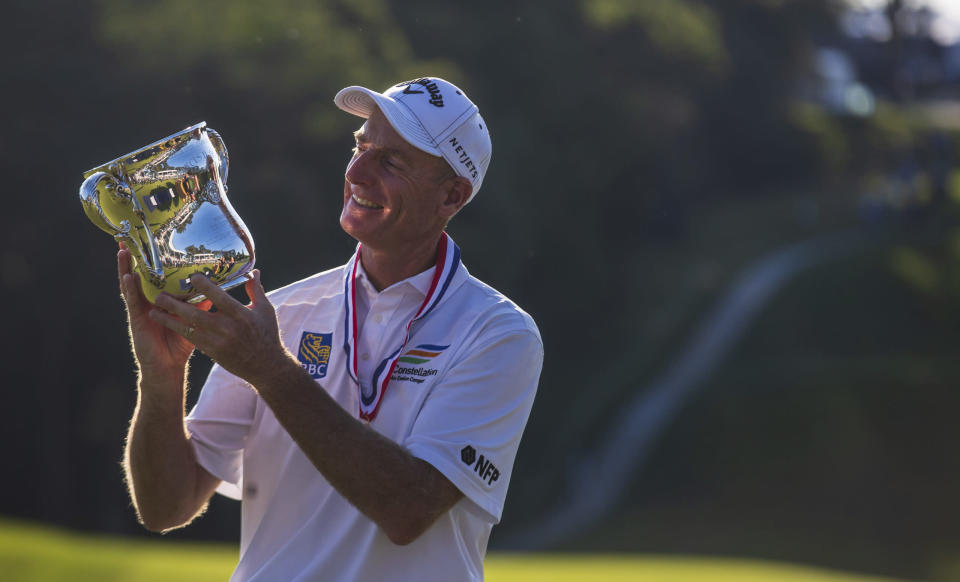 Who will be the happiest golfer on the course Sunday night at the 42nd US Senior Open at the historic Saucon Valley Country Club in Bethlehem, Pennsylvania?

Or maybe someone else?

We’re taking our best guesses here with the 10 players to watch as the Senior Open returns to Saucon Valley for the third time (1992, 2000) starting Thursday. And we tell you who we think will win.

This is the third of five majors on the senior circuit in 2022.

The field has 156 players. Here are our 10 with their Thursday tee times in parentheses.

He turns 65 in August and still regularly beats guys on this Tour (where the minimum age is 50). In 10 starts this season, he has one win, one second and two thirds. Outstanding.

Bob Estes? Yeah, a bit of a dark horse pick here, but he’s the best putter on the Champions Tour and the Saucon Valley greens are wicked.

He is the defending Senior Open champion; the crowd will be behind him because he is a native of Pennsylvania (Manheim Township High School); and he’s a named player with a lot of play.

Maybe I’m falling in love with the name recognition here since Clarke doesn’t have a top 10 finish on the Champions Tour this season, but call it a hunch.

The “Big Easy” can still bomb him off the tee (he’s second in driving distance on the Champions Tour at nearly 294 yards) and knows all about pressure situations (two US Open wins and two British Open).

He is a three-time Major Champion who has been a three-time runner-up in his last five Champions events. It arrives hot and that’s never a bad thing.

One of the good guys on the champions tour, worth following the course just for his feedback. But he can also play and has a win and a third place this season.

If you follow the Champions, you know this guy. He won the Senior PGA Championship last month and is the highest ranked player over the age of 50.

I would love to see Kelly get her first major and it would be great if Jimenez won, with his cigar and freewheeling style reminding many here of legendary 1992 champion Larry Laoretti. But the nod here goes to Stricker, steady and direct, as the winner.

These are the top 20 winners in PGA Tour Champions history