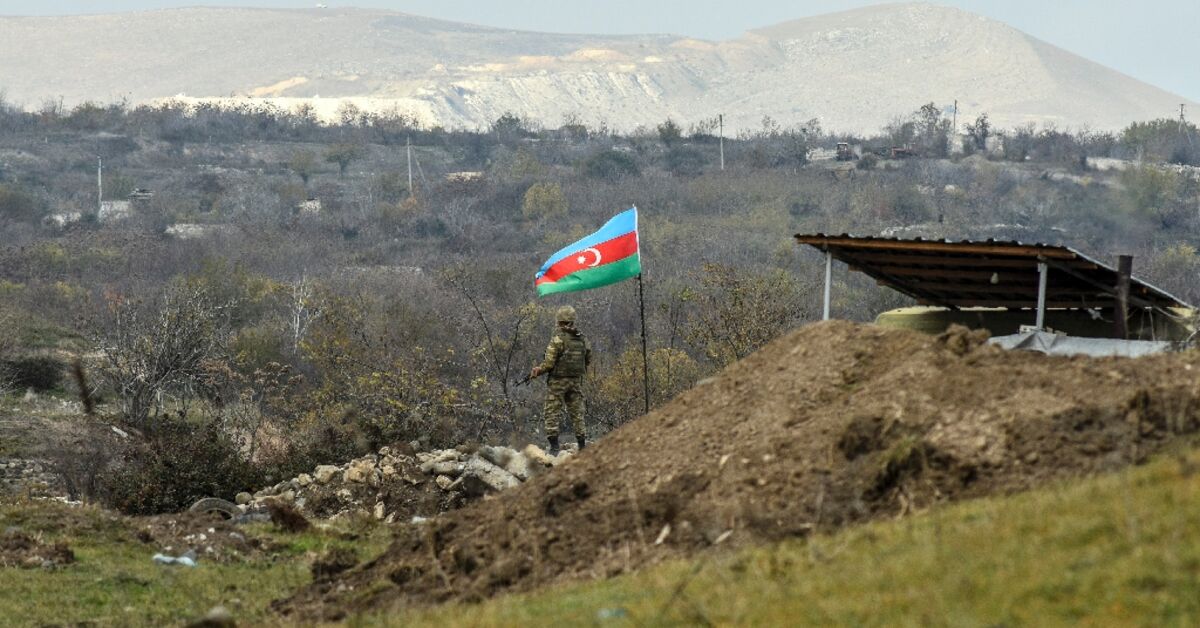 As the invasion of Ukraine depletes Russian forces, Moscow’s grip on its former Soviet backyard in the Caucasus and Central Asia is loosening, with unpredictable consequences, experts say.

A recent flare-up of fighting between Armenia and Azerbaijan and deadly clashes between Kyrgyzstan and Tajikistan have shown how surprisingly little Russia currently has over the region, which stretches from the Black Sea to the Caspian Sea.

“The whole periphery of Russia is falling apart and it is clear that it can do nothing to bring it under control,” said a European diplomatic source, who asked not to be named.

An important example of Russia’s rapid loss of reputation in the region is the inaction of the Collective Security Treaty Organization (CSTO), a regional pact, in the face of the clashes between Azerbaijan and Armenia.

Headquartered in Moscow, the CSTO groups together Russia and the former Soviet republics of Armenia, Belarus, Kazakhstan, Kyrgyzstan and Tajikistan.

In Armenia, angry protesters have protested the CSTO’s failure to help their country against Azerbaijan, blaming a Russia they previously viewed as their ally.

“Russia’s breach of its treaty obligation to protect Armenia marks the beginning of a new era in the region, where smaller rivals like Azerbaijan can dictate terms with confidence unimaginable just a year ago,” Ben Dubow wrote. CEPA, an American think tank. .

“The first half of September 2022 could well be the fatal moment when Russia lost its ability to dictate terms in its former empire,” he said.

In the wings, China and Turkey, the other protagonists in the explosive region, wait as voices skeptical of Russia’s Ukraine adventure grow louder.

At a meeting this month of the Shanghai Cooperation Organization (SCO), a Moscow-Beijing-led security group, China and India criticized the invasion of Ukraine. Several Central Asian countries have allowed pro-Ukraine demonstrations.

“The CSTO’s weak response to the Azeri attacks is fueling protests among Armenians who want their country to leave the Russian-controlled military bloc,” Moldovan researcher Denis Cenusa tweeted.

“We need to keep an eye on what’s happening in Armenia,” said Michael Levystone, a Russia and Central Asia expert at IFRI, a French international relations think tank.

Before Moscow’s war against Kiev, “there was a strong emphasis that Russia could not be defeated,” said Murat Aslan of SETA, a Turkish investigative body.

But now there is a chance that small-scale conflicts will break out, in which Russia cannot influence the course of events.

“If Russia is defeated, everything will change,” Aslan said.

On the other hand, should Russia emerge victorious from Ukraine, the “psychological effect” will mean Moscow can “impose any agenda” in the Caucasus, he said.

But if not, fault lines will become increasingly apparent.

One is the lack of recognized and defined geographical boundaries, which Moscow never thought were necessary. It treats the region as an administrative area rather than a group of truly independent countries.

“Nearly half of the border between Tajikistan and Kyrgyzstan is still undefined, and that’s the root of the problem,” said Isabella Damiani, an expert on Central Asian geography at the University of Versailles in France.

Meanwhile, Turkey, a historic ally of Azerbaijan and present in both the Caspian and Black Seas, can take advantage of Russia’s unusual slowness.

Like China promoting its “new Silk Road” initiative, Turkey is quietly moving its pawns in place, notably through the Organization of Turkish States (OTS), in which Ankara is a key player, Levystone said.

Turkey has established military partnerships with all Central Asian governments, including Tajikistan, the only non-Turkish state in the region whose language is derived from Persian.

“The real question is whether OTS will grow into a political-military alliance around Ankara,” Levystone said.

Aslan agreed, saying, “If Russia fails in Ukraine, that organization will become much more active.”