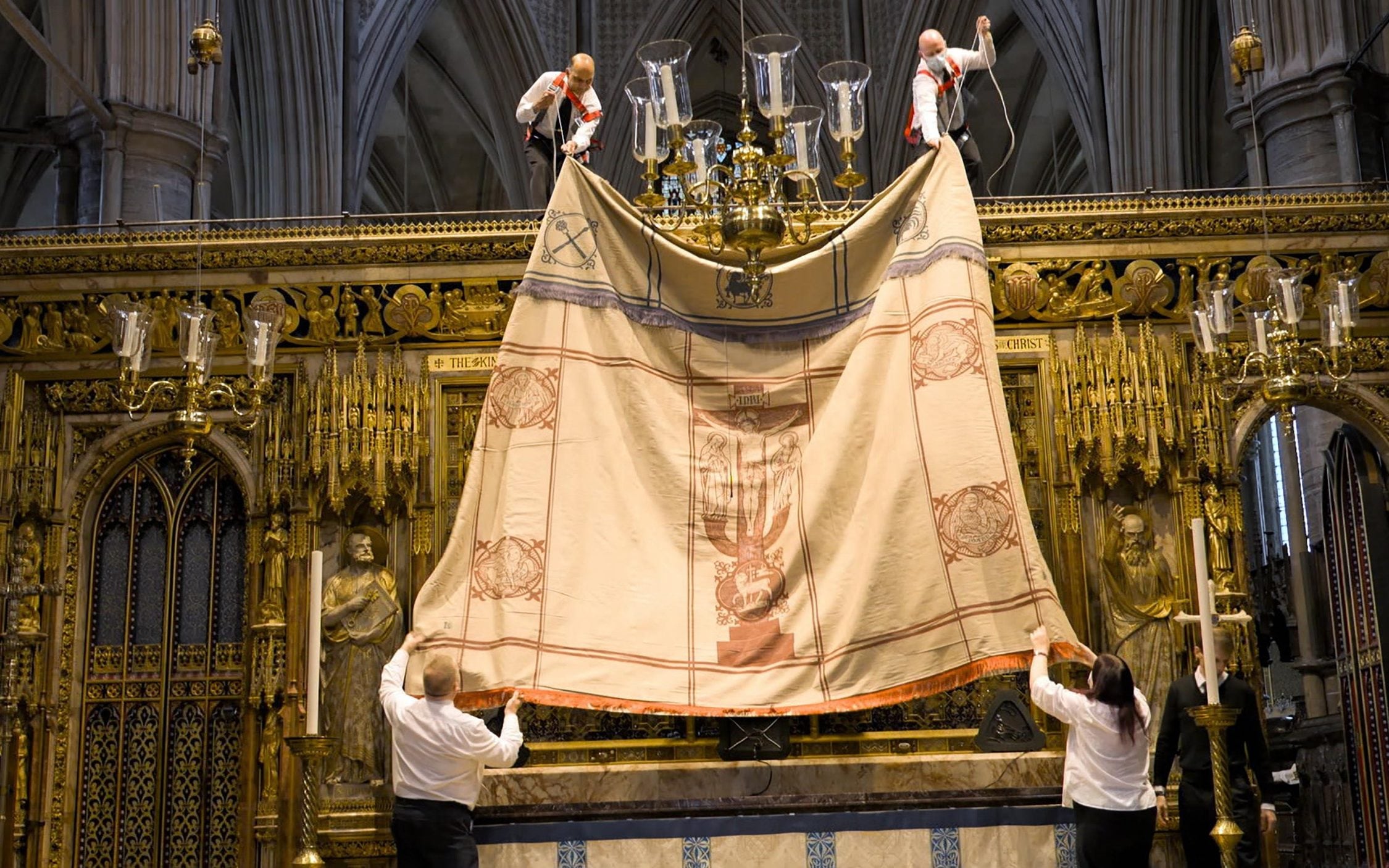 In an unexpectedly timely schedule, Westminster Abbey: behind closed doors began on Channel 5. The series was commissioned and produced before the death of Queen Elizabeth II. The voiceover was re-recorded to reference recent events, and the program was dedicated to her. But it still felt a little odd to hear someone refer to the Commonwealth Day service in March as “about as big as the events at the abbey can get”.

Still, there was nothing here with bad taste. It’s one of those upbeat series that Channel 5 regularly shows – Inside the Tower of London was another, and Kensington Palace: Behind Closed Doors – where we meet the good-natured, hard-working people who keep the wheels turning. Here they included Mantas Nemcausakas and his team, whose job involves laying down 2,000 chairs for the abbey’s major services. At the late Queen’s funeral we saw the guests sitting in the abbey, but I doubt many of us came up with the idea of ​​thinking of the vital staff in the back room who arranged the chairs.

Also on display: the sextons, whose job seems to involve a lot of washing and ironing, and the clerk, whose greatest fear is that some crumbling masonry will fall on a passing tourist from a great height. Perhaps the happiest member of staff is the Safety Beadle, who gets to survey London from the roof every morning as he raises the flag on the North West Tower. “I look around and think how lucky I am,” he said.

See also  STEVE HILTON: President Biden is really a disgrace, let's be better than him

The theme that runs through this and similar series is how the ancient blends with modern concerns. The abbey lost millions of tourist revenue during the pandemic, at one point amounting to £1 million a month. It’s got to get people through the door now. Visitors can pay extra for a ‘Hidden Highlights’ tour, although according to the evidence shown here, one of the highlights is visiting a VIP restroom. “Benedict Cumberbatch used it,” the guide said to oohs and aahs from the party she was leading.

See also  Queen's Funeral Guest List: Who's Invited and Who's Not?

A restorer with the rather aptly named Krista Blessley cleaned the Coronation Chair, lightly brushing the dust in the direction of the vacuum cleaner with a goat hair brush. What’s special is that the seat is covered in 18th and 19th century graffiti of Westminster schoolboys and passing visitors. “Pabbe slept in this chair July 5-6, 1800,” reads a scribbled message.