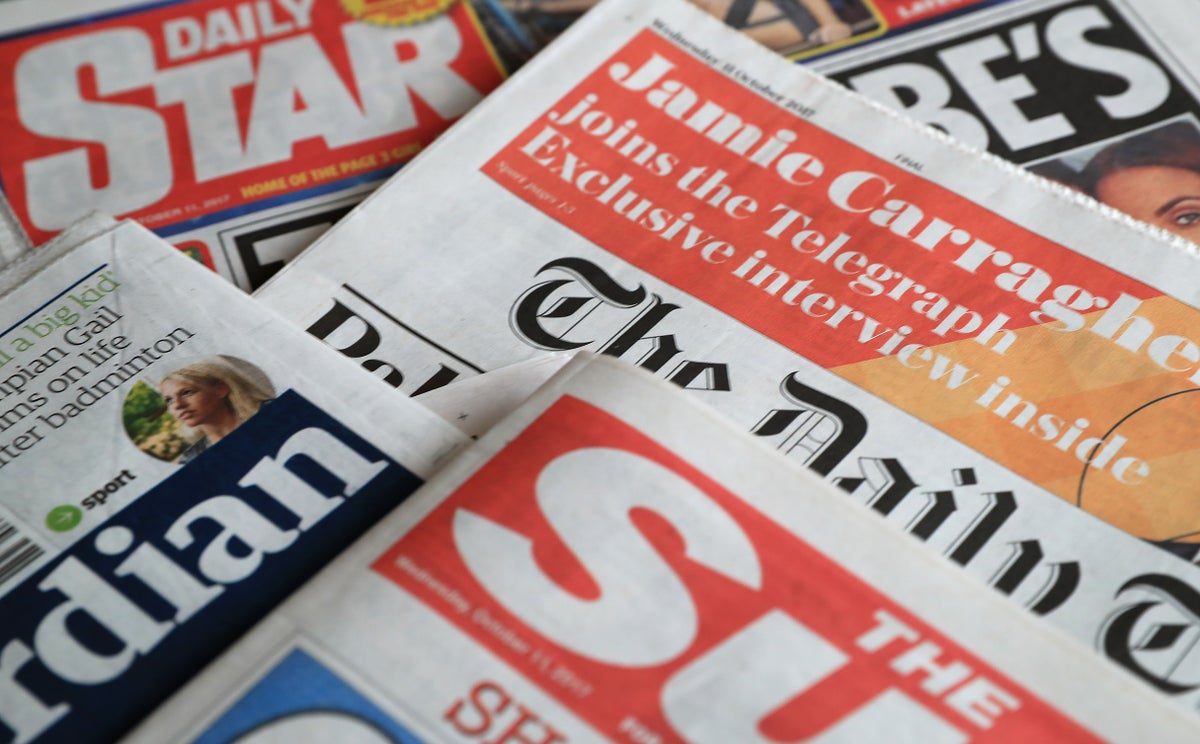 Saturday’s papers featured more reactions to the forecast of a recession in the UK and lingering fallout between the US and China.

The i says Chancellor and Prime Minister are “missing as Britain sinks into recession” while TSWT reports on fears that the recession forecast is too “optimistic”.

The FT weekend leads on Liz Truss’ pitch for tax cuts instead of “handouts” in the Tory leadership contest.

China’s decision to suspend talks with the US on issues such as climate change after Nancy Pelosi’s visit to Taiwan has made the front page of the guard.

The times reports that only six in ten ED patients will be seen within four hours this winter, with a cyberattack on the NHS making the front page of The Daily Telegraph.

Britain’s water problems are the front page of the Daily mirrorwhile the order to take out Archie Battersbee’s life support the Daily Express.

See also  Someone shot a Miami-Dade man and left him to die in the street, police say

The Daily mail leads on a proposed crackdown on cyclists by Transportation Secretary Grant Shapps.

And the TSWT‘s front page contains revelations that a scientist tricked Twitter with an image of chorizo ​​instead of a photo of a newly discovered planet.