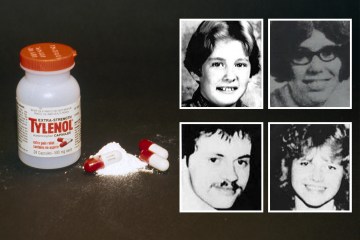 KNOWN as the Milwaukee Cannibal, Jeffrey Dahmer admitted to murdering at least 17 men between 1978 and 1991.

While his parents filed for divorce in July 1978, they both spoke to news media after their son’s arrest and convictions; Here’s What We Know About Jeffrey Dahmer’s Mother, Joyce.

Who was Jeffrey Dahmer’s mother, Joyce?

In a 1994 television special entitled The Making of Jeffrey Dahmer, Oprah Winfrey posed the question, “When we hear about such grisly crimes as this one, many of us wonder, ‘Who were his parents?'”

“I know I did. “How was he raised?” What happened to the child?”

There are many theories about life events and causes that could have caused Joyce’s son, Jeffrey, to become a serial killer. 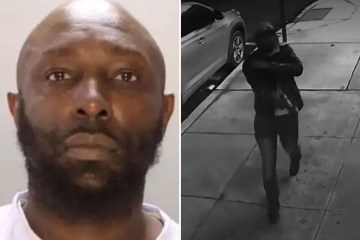 In her ex-husband Lionel Dahmer’s memoir “A Father’s Story,” he searches for answers about what he and his ex-wife could have done differently.

While Lionel admits to being largely absent during his son’s early years, he also claims that Joyce was given prescription drugs while pregnant with Jeffrey.

He also claims in the book that Joyce was despondent after the birth of Jeffrey and refused to touch him for fear of getting germs on him.

He also claimed that she became dependent on drugs.

But despite his claims, Joyce herself had a master’s degree in counseling.

Though she never denied her own flaws or took to the public her ex-husband’s claims about drug addiction, she visited her son in prison several times and flew from her new home in California back to Wisconsin, where he was incarcerated.

In California, she worked with HIV and AIDS patients, whom she reportedly enjoyed caring for.

According to the Milwaukee Journal Sentinel, Julio Mastro, the executive director of the HIV community center where Joyce worked, said, “She was excited, and she was compassionate, and she turned her own tragedy into being able to have a lot of empathy for people living with HIV.”

What did Joyce say about her son’s crimes?

Joyce argued against her ex-husband’s theory that there were warning signs or that their son was shy.

She told MSNBC in an interview that he was a “completely normal kid.”

But the weight of her son’s crimes certainly weighed on Joyce.

In a 1993 interview with Deseret News, she said, “I wake up every morning and for a split second I don’t know if I’m Jeffrey Dahmer’s mother, and then it all flows in.”

She also said in a 1994 interview with Hard Copy that she felt the need to reach out to other parents and relatives of killers who might feel the same kind of grief, guilt, and exile that she did.

She told the outlet that she had plans to refute her husband’s claims and write a book about her side of raising a serial killer, but no publisher seemed interested.

In 1994, just months before Jeffrey Dahmer was murdered by another inmate, Joyce attempted suicide.

After surviving her suicide attempt, she expressed gratitude that she had lived.

Wanting nothing to do with the disgrace that would haunt him forever as Jeffrey Dahmer’s brother, David reportedly changed his name.

It is also believed that he moved far from his family where no one would know who he was.