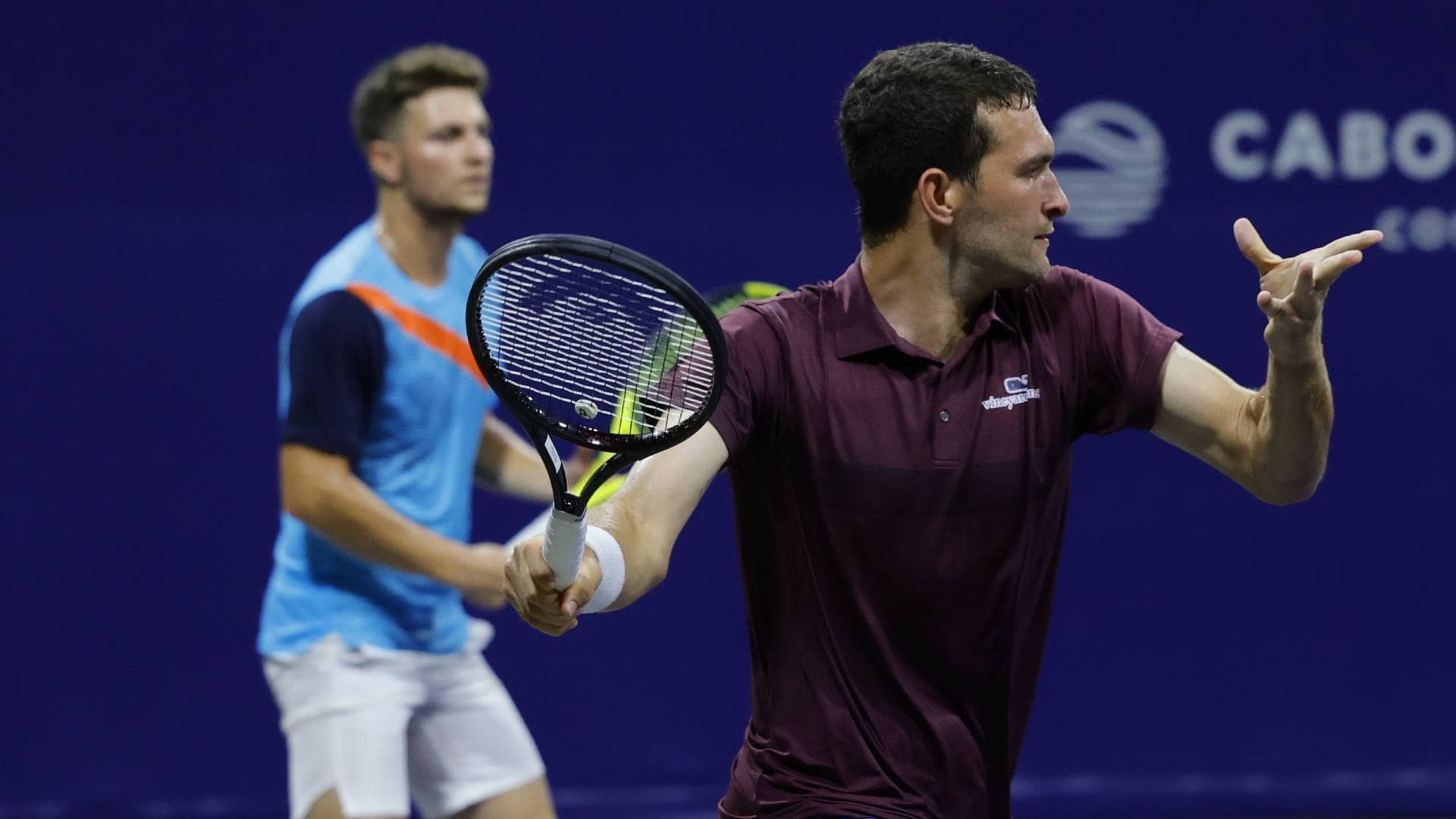 Blumberg and Kecmanovic fought back from a set-down to beat Andre Goransson and Ben McLachlan 1-6, 7-5, 10-4. The American-Serbian couple also won a Match Tie-break in their opening round against Americans Nathaniel Lammons and Jackson Withrow.

Blumberg, a former North Carolina Tar Heel, is looking for his second touring-level title in as many months after winning the title in Newport in July with Steve Johnson. He also won the Newport title with Jack Sock in 2021 to claim his first tour-level trophy.

Match points saved in Rainy Washington
In the only doubles match to end at the Citi Open on Thursday, Rohan Bopanna and Matwe Middelkoop saved two match points in a 7-6(10), 4-6, 12-10 win against Colombians Robert Farah and Juan Sebastian Cabal. The Indian-Dutch duo trailed 8/9 and 9/10 in the Match Tie-break but won the last three points to take the lead.

More such stories in:

“From gifting me my very first bat”: Sachin Tendulkar posts a photo with sister on Rakhi | Cricket News