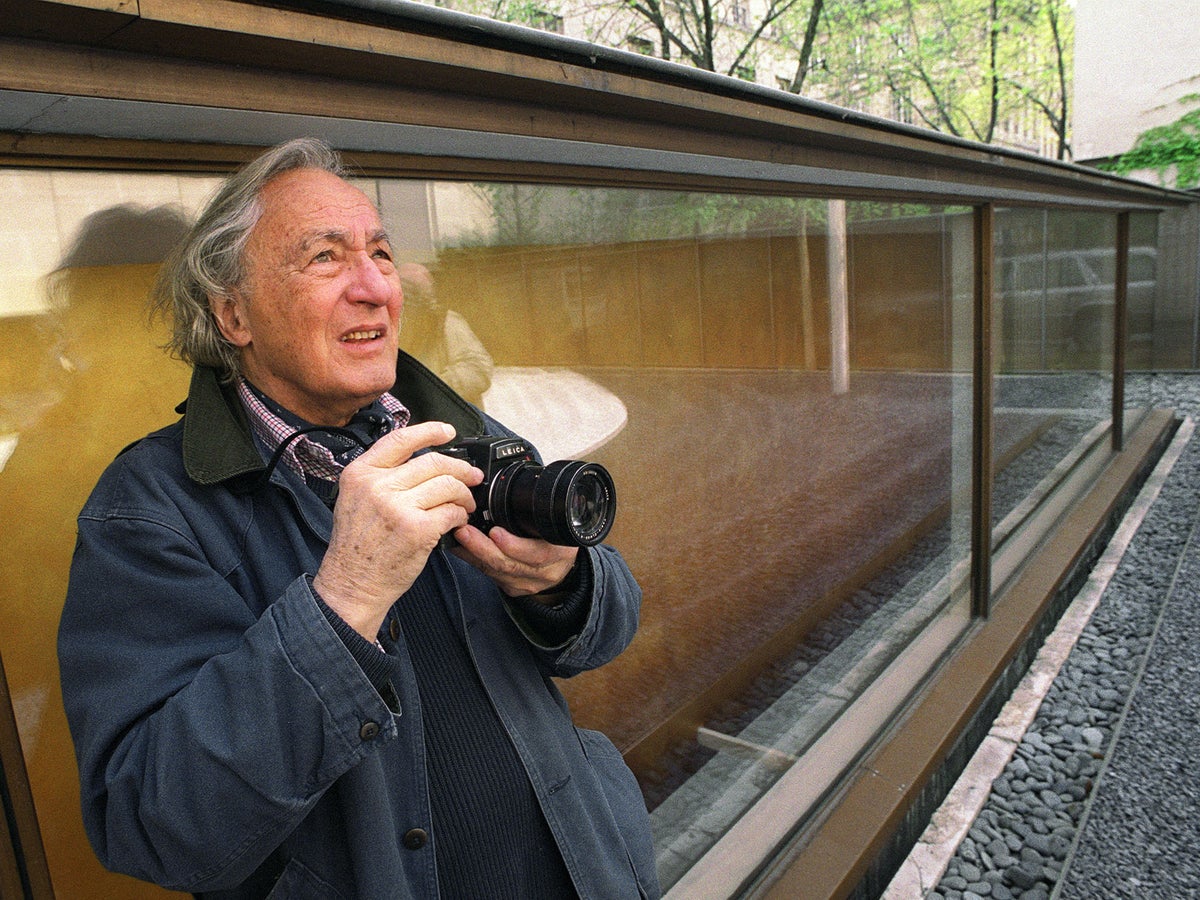 William Klein, an American expatriate photographer whose often frenetic and sometimes blurry images of urban street life and modern fashion were wildly innovative while conveying the sharp social critique of a self-confessed outsider, has died aged 96.

From his earliest years, Klein said, he was attuned to seeing the world as an eternal foreigner. He grew up in Depression-era Manhattan as a Jewish boy in a largely Irish neighborhood, where he endured poverty and anti-Semitic bullying. Self-reliance and a quick eye for his surroundings were his means of survival – just like art. At the age of 12, he began to spend weekends wandering the Museum of Modern Art, where his own work would one day be exhibited.

After his military service, he settled in France in the late 1940s to study painting. But he soon fell in love with photography when he realized how playing with exposures, with endless possibilities, could create a new kind of abstract art. The vivid haze he created was a revelation, he said, of the mood he felt swirling around him and his vision of the world in general: its grit, its vivacity, its beauty, its grotesqueries.

He proudly distanced himself from any school or method as he rose to prominence in the post-war years, preferring raw instinct over any established technique.

“I came from outside; the rules of photography didn’t interest me,” he once said. “There were things you could do with a camera that you couldn’t do with any other medium: graininess, contrast, blur, skewed framing, eliminating or exaggerating grayscale and so on. I thought it would be good to show what is possible, to say that this is just as valid a way to use the camera as conventional approaches.”

FashionCelebrated art director Alexander Liberman, who said he saw in Klein “a wonderful iconoclastic talent,” signed him to the fashion magazine from 1955 to 1965. Klein offered radically original images with blur, flash, high-contrast prints and the strange perspectives allowed by wide-angle and telephoto lenses.

“They were probably the most unpopular fashion photos Fashion ever published,” Klein told The Observer.

While we live on FashionWith an allowance, he embarked on a personal project: a series of photographs taken in the streets of New York using the same techniques he applied to fashion. In Klein’s lens, the streets revealed a cluttered modern world full of action and opportunity, but also hostility.

Rejected by Fashion and by American book publishers, the photos were published in a quirky tabloid-style book. The full title, Life is good and good for you in New York: Trance Witness Revelswas a collage of headlines.

New York, as the book became widely known, was published in France in 1956, but not in America. Like Robert Frank’s historical photographic volume, The Americans (1959) Klein’s book cast a gimlet eye on the myth of the American Dream at the height of the Cold War. Klein called it “my diatribe against America”.

While many American art and photography critics disapproved of Klein’s style — one accused him of “cheap sensational photography” — the book proved to be lastingly influential. In 1992, Vicki Goldberg, a photography historian and critic, described Klein in The New York Times as a born rule-breaker who “played an important role in codifying a new outlook” in the visual arts.

He often used a wide-angle lens to shoot faces at the edge of the frame or a telephoto lens to condense near and far figures, and he photographed his subjects before they were fully aware of his presence. He used the development process to create high-contrast and other poster-like effects, and often cropped the results.

Klein’s most reproduced image from the book, known as “Gun 1,” shows a young boy with a clenched, angry expression pointing a gun at the photographer, just inches from the lens. A smaller angelic boy appears to be trying to restrain his companion by placing a hand on his sleeve. The boys acted, Klein explained, but nevertheless seemed to embody the emotional drama of city life.

New York was a multicultural tour de force, with many black and immigrant faces. The telephoto known as “4 Heads, New York” features in one frame, according to Klein, an Italian police officer, a Hispanic man, a Jewish mother and an African-American woman wearing a beret.

The design of the book was wildly experimental. Some photos extend from the edges of the page; others are grouped in grids. The volume included a separately bound 16-page booklet with captions for the photos and a reproduction of a Angry magazine cover, ersatz ads for spaghetti and bras and other ephemera. This apparent critique of rampant commercialism predates Andy Warhol’s Pop Art.

Klein characterized his work as “pseudo-ethnographic, parodic, dada”, the latter referring to a playfully absurdist art movement from the early 20th century. He then shot other cities – Rome, Moscow, Tokyo – while also filming and training his lens on people who, like him, had challenged the cultural mainstream.

His subjects included boxer Muhammad Ali, Black Panther leader Eldridge Cleaver and rock-and-roll pioneer Little Richard. In addition to his documentaries, Klein created French-language feature films, including the spoof of the fashion world Who are you, Polly Maggoo? (1966) and the comedy Mr Freedom (1968), about a superhero who uses his powers to bolster American corporate and military imperialism.

Despite his prodigious production over 70 years, Klein never gained the recognition in his native land enjoyed by peers like Robert Frank and Richard Avedon. The explanation lay partly in his absence. But his independent nature also helped undermine his relationships with editors, art directors and curators. It would be decades before his work got major exhibitions in the US.

Klein said he remained a “foreigner” even in his adopted country, always the outsider ready to see the complexity beneath the surface charm. His 2002 book Paris + Little – showing Rubenesque women in a Turkish bath, African-born protesters claiming their rights, Chinese New Year celebrations – rejected the romanticized vision of the City of Light.

William Klein was born in Manhattan on April 19, 1926. His father was a tailor who owned a clothing store but lost it in the 1929 stock market crash; his mother was a housewife.

He was a precocious student, graduating from high school at age 14 and enrolled at City College of New York. He left in 1946 to enlist in the army. While stationed in Allied-occupied Germany, he became a cartoonist for the military newspaper Stars and Stripesand according to his account, he won his first camera, a professional Rolleiflex, in a poker game at the base.

After his dismissal in 1948, he moved to Paris to attend the Sorbonne and studied under painter Fernand Léger. A few years later he took abstract photos for the architecture magazine domus were spotted by Liberman, who brought him back to New York to work for Fashion.

Klein married Jeanne Florin (aka Janine) after seeing her on the Left Bank in his first week in Paris. She worked briefly as a model and later managed her husband’s schedule. She died in 2005. Survivors include a son, Pierre Klein, and a sister.