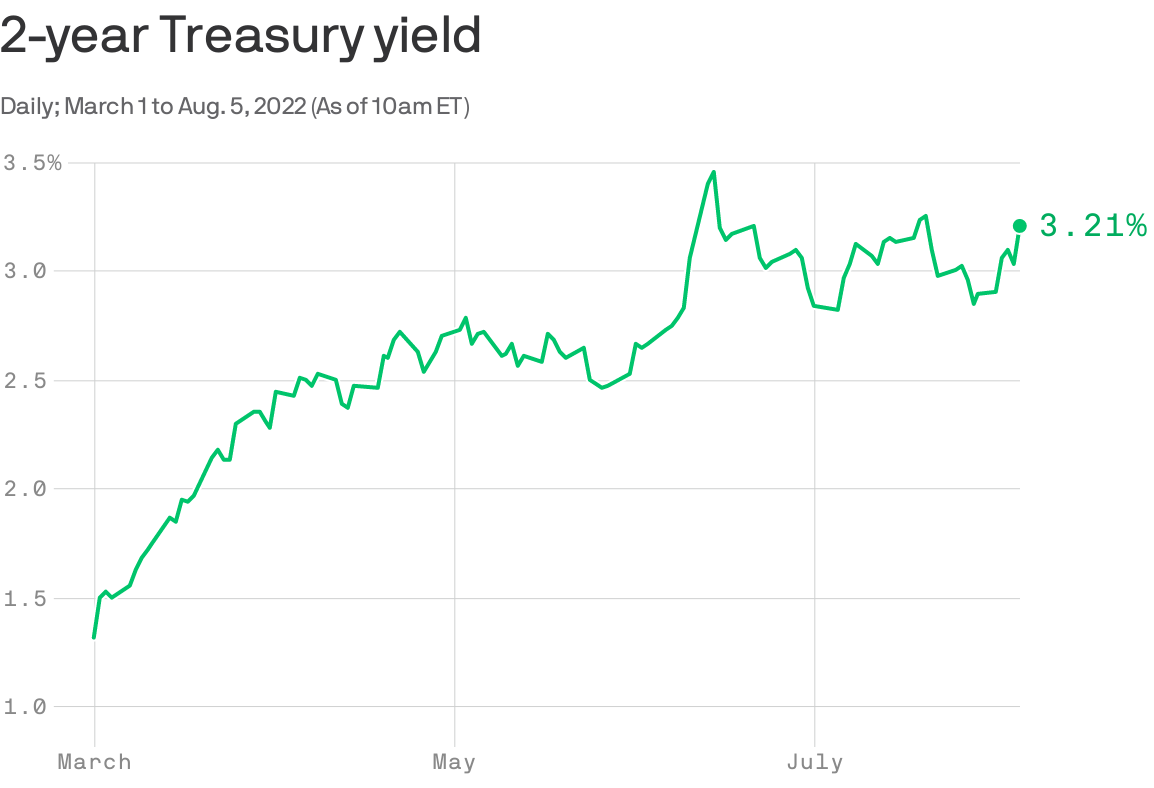 It’s a hot summer with a labor market to match. The question is no longer “is this a recession” but rather “Is the job market too hot for the comfort of the Fed?”

Why it matters: There are a lot of headlines about buzzy companies laying off employees. But the numbers show that most companies have an insatiable demand for workers. You just don’t see that during a recession.

Yes but: The Fed’s rate hikes are designed to slow the economy in hopes of curbing inflation. The new numbers suggest that, at least with regard to the labor market, it’s not working so far.

Between the lines: Key figures aside, Fed officials will likely see reasons to worry that inflationary pressures will remain high for the foreseeable future.

There is a lot of data between now and the Fed’s mid-September meeting. But what we’ve seen so far – robust job creation, a shrinking workforce and rising wages – would imply that a 0.75 percentage point rate hike is still on the table.

In the meantime, the markets are already seeing tighter money on the way, swinging in a way that anticipated the Fed’s likely reaction to the new numbers, essentially doing Chairman Jerome Powell’s job for him.

It comes down to: It’s great news that jobs abound, and almost any American who wants to work can find them. But that means there may be more pain coming in the form of higher rates.