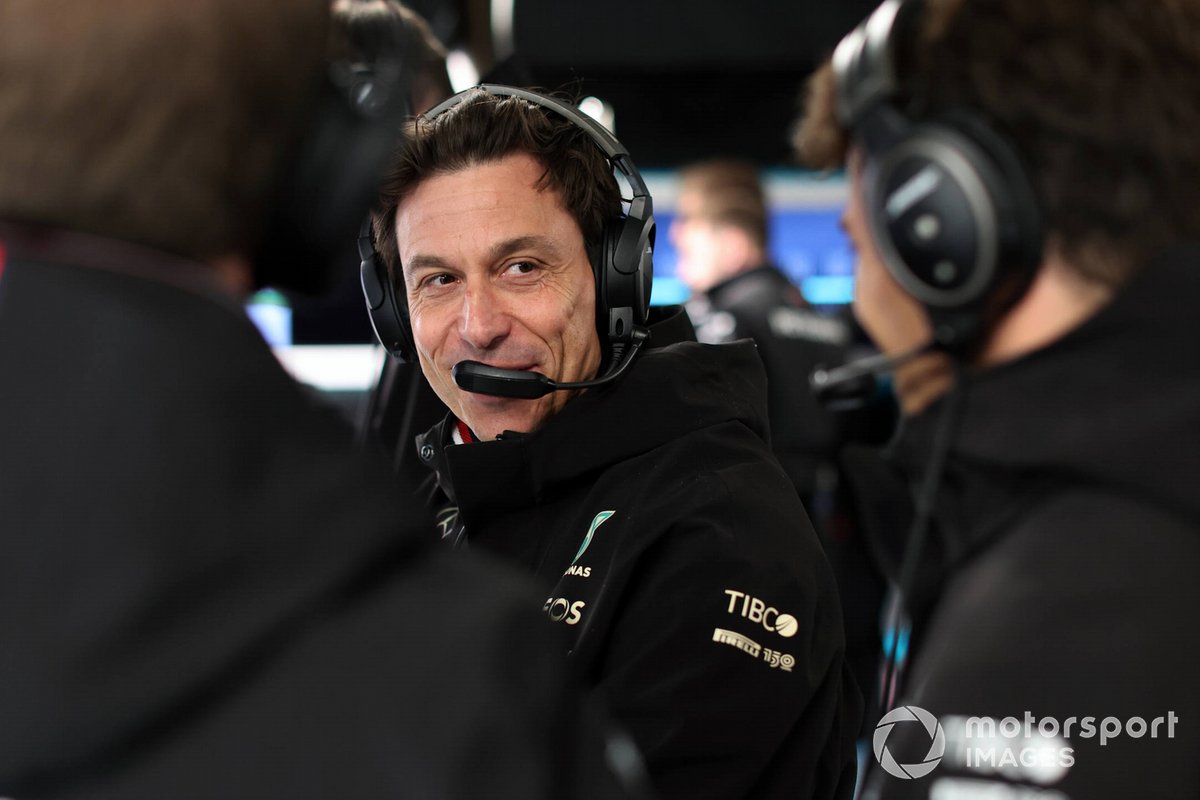 While Lewis Hamilton and George Russell’s third- and fourth-place finishes tied the highs of the previous season, Montreal’s performance was the team’s most competitive run of the campaign in terms of pure pace.

It opened up discussion that Mercedes would be close to finally challenging pacemakers Red Bull and Ferrari, especially as F1 heads to fast and flowing circuits like Silverstone and Paul Ricard which should suit its car. .

But Wolff remains very cautious and is aware that similar levels of optimism after the Spanish Grand Prix evaporated very quickly.

“A swallow doesn’t make a summer,” he explained. “We saw this swallow in Barcelona, ​​but somehow it flew somewhere else.

“I think we have to be careful. We were late on Friday. In the wet we were good, and I think it was respectable. And I think in racing, at times, we were with the fastest cars. In the second stint, Lewis and George were almost level with the leaders. They weren’t quite, but on some laps, yes.

“It’s very encouraging to see. But we just have to be careful. There’s so much work we need to do to be back on the front lines, and we’re not there yet.

For Hamilton, who picked up his second podium of the year after finishing third in the season opener in Bahrain, the result boosted optimism about what is possible for the rest of the campaign.

“It gave me and the team a lot of hope,” Hamilton said. “I think there is more to come from this car. The potential is really there if we can find the right settings, and I think that’s been the hardest thing this year: really trying to optimize the settings.

“The window on this car is much, much smaller than any other car we’ve experienced.”

Wolff said one of the big positives to take from the Montreal weekend was seeing Hamilton finally have a weekend where circumstances didn’t conspire against him.

Having had a number of events where bad timing from safety cars or small events hurt him, Wolff welcomed a simpler delivery to Canada.

“There were a lot of races where it worked against him, where he could have scored a podium or a much better result and it wasn’t his fault but bad luck,” Wolff said.

“To see him now on the positive side and to be on the podium without anything gifted is good to see.”