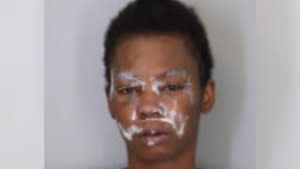 A woman is behind bars after allegedly kicking and spitting on first responders after a traffic accident.

On Aug. 4, Memphis Police Department (MPD) officers responded to an attack on the 2200 block of S. Third Street.

According to an affidavit, officers also responded to an accident at S. Third and Mallory involving suspect Kasheena Montgomery, 26.

Montgomery had driven past officers and started driving recklessly as they tried to stop traffic, the affidavit said.

She would have kicked the officers and spit on the firefighter, data shows. They refused medical help.

Then a chemical was used.

Montgomery had a suspended driver’s license and was unable to provide proof of auto insurance, police said.

During the investigation into the accident, officials discovered that Montgomery’s son had been in the car, but not stuck in a child seat.

Montgomery was taken to Methodist University hospital before being taken to Jail East.

Her son was taken to Le Bonheur in non-critical condition, police said.

DHS was notified and the child was released to Montgomery’s sister.

Download the FOX13 Memphis app to receive alerts on the latest news near you.